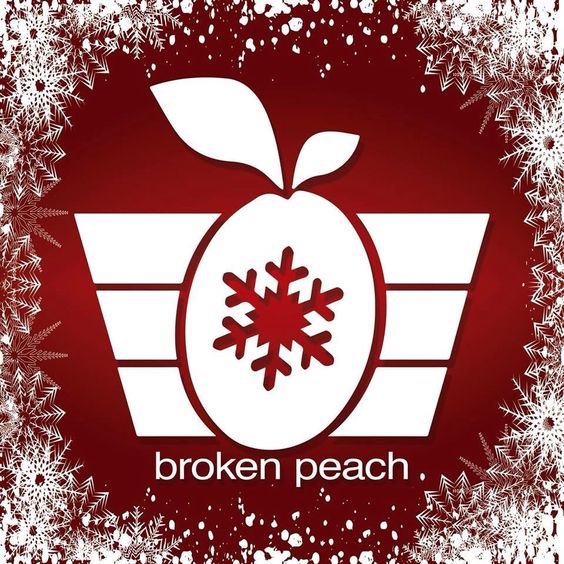 Merry Christmas and Seasons Greetings from Crazy Eddie's Motie News!  I'm taking a break from passing along NASA's greetings to us Earthlings (maybe next year -- until then Vox explains NASA's plan to save Earth from asteroids will have to do the trick) to remind my readers about a possibility I raised at the end of Broken Peach: Singing Spanish goths and witches for Halloween: "Before I leave my readers for today, I note that Broken Peach also sings Christmas songs.  Maybe I'll post one of them for Yule this year.  Stay tuned."  Infidel 753 liked that idea in his comment, writing "I can't imagine a better choice for a Christmas song post."  My response was "O.K., Broken Peach for a Christmas music post!"  Time to keep my promise.

I begin with a clip from Broken Peach's appearance on the program Desexos Cumpridos on the Galacian language network on Spanish TV.  It includes "Rockin' Around the Christmas Tree," "White Christmas," and Broken Peach's favorite Christmas song, "Santa Claus is Coming to Town" and is older than any of the group's own videos.*

Going from the oldest video I can find of the group singing Christmas songs to the newest, here is "Jingle Bells" from Broken Peach's YouTube channel.

*Seriously, the band has four different videos featuring different arrangements and performers on its YouTube Channel.  The band has their own videos of "Rockin' Around the Christmas Tree" and "White Christmas" as well.  Also, people who have watched the Halloween videos will notice that there is a fifth singer in this video.  She shows up in the first video uploaded to the band's YouTube channel, which is also a clip from a Spanish TV program featuring "Santa Claus is Coming to Town", and videos up to June 2014, but videos from November of that year and later don't show her.  On another channel, there are videos from June 2014 that show only the four current singers, so she had left by then.  I wonder what happened to her.
Posted by Pinku-Sensei at 12:00 AM