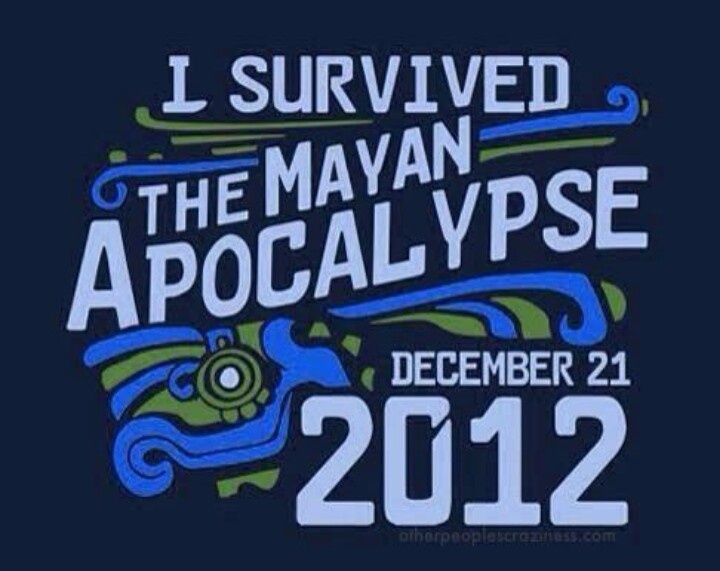 Happy Winter Solstice, to my readers!  Instead of presenting the usual scientific explanation for today's astronomical event and pagan holiday, I'm looking back at an event that was predicted to happen five years ago, but never came to pass, the Fake Mayan Doomsday of 2012.  I heaped plenty of scorn on the prediction, both before and after, just like I have and will do on any other forecast of supernatural doom.

I wasn't alone in mocking the prediction that wouldn't come true.  The day before, Neil DeGrasse Tyson debunked the Mayan Apocalypse on StarTalk.

Worried about the world ending on December 21, 2012? You won't be after you listen to Neil deGrasse Tyson, astrophysicist, host of StarTalk Radio and director of the Hayden Planetarium as he debunks the apocalypse as "a hoax, perpetrated by the scientifically illiterate on the scientifically under-informed." There's no hurry to watch this Cosmic Query with comic co-host Chuck Nice, though, because it will still be here on December 22... and 23rd... and 24th... In fact, since we're going to be around for quite some time, don't miss out on any StarTalk news.

The prediction that "we're going to be around for quite some time" came true as both the video and Tyson are still here five years later.  Science!

Enough of fake doomsdays.  Stay tuned as I'll be back tomorrow with a real possible doomsday and what is being done to prevent it.
Posted by Pinku-Sensei at 12:00 AM