While this year's nominees for Outstanding Television Movie appear to be a diverse group, being divided between modern-day dramatizations of real-life scandals or science fiction dystopias, all five nominees portray some aspect of government or at least adult leadership either failing or acting oppressively when succeeding (and sometimes both at once), uniting all of them thematically, however loosely.  The strongest abuses of government appear in "Fahrenheit 451" and "Flint," range through the failures to protect young athletes that brought down the real life Joe Paterno, who coached at Penn State, a public-private hybrid institution, and become private abuses of leadership in "The Tale" and "USS Callister," although the last simulates an environment that mimics that of the military, a governmental organization.

I begin with the most nominated yet possibly the most distant from actual government, "USS Callister," an episode of the Netflix anthology series "Black Mirror."  Its Wikipedia entry sketches out the scenario for abuse well enough.  The bolding is mine, and shows how "USS Callister" fits the theme of abusive authority shared by all the Television Movie nominees.

The episode follows Robert Daly (Jesse Plemons), a reclusive but gifted programmer and co-founder of a popular massive multiplayer online game who is bitter over the lack of recognition of his position from his coworkers. He takes out his frustrations by simulating a Star Trek-like space adventure within the game, using his co-workers' DNA to create sentient digital clones of them. Acting as the captain of the USS Callister starship, Daly is able to order his co-workers around, submit them to his will, and mistreat them if they get out of line. When Daly brings newly hired Nanette Cole (Cristin Milioti) into his game, she encourages the other copies to revolt against Daly.

Yikes!  I would not want to play this game if it existed.  If the co-founder is willing to do this to his employees, imagine what he'd do to mere players! 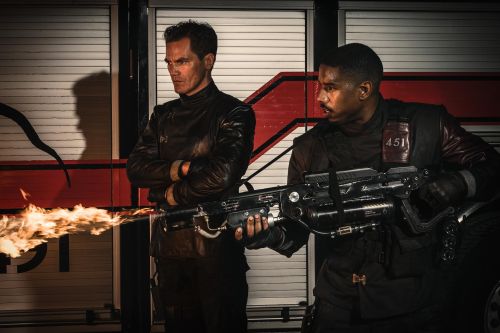 While still being a science fiction dystopia, "Fahrenheit 451" differs from "USS Callister" by being about a future dystopian government at its most oppressive instead of private people misusing their status as employers to be abusive.  Based on the classic Ray Bradbury novel where books are banned, ostensibly to free people of the offending ideas in them but in reality to free them from having to think for themselves, the main characters are firemen in a world where houses are fireproof, so they burn books instead.  I consider it to be the major competition for "USS Callister" because of the familiarity of its source material, the timeliness of the theme updated for a time of "fake news," and the number of other nominations the HBO movie earned, four including Outstanding Cinematography for a Limited Series or Movie, Outstanding Fantasy/Sci-Fi Costumes, Outstanding Sound Editing for a Limited Series, Movie or Special, and Outstanding Sound Editing for a Limited Series or Movie.  It's also my early pick for Best Presentation on Television at next year's Saturn Awards.  I plan on submitting it for consideration next week. 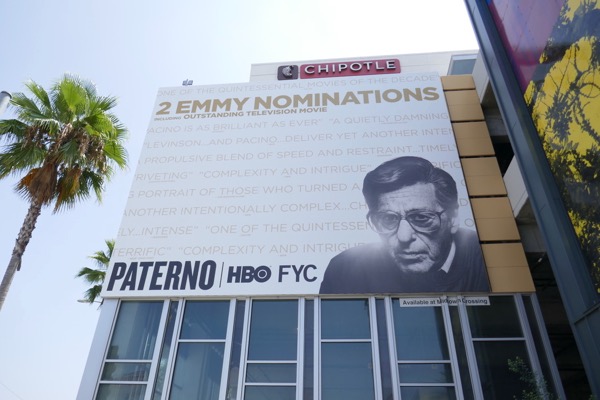 Moving from the future to the very recent past, "Paterno" depicts the downfall of legendary Penn State football coach Joe Paterno.  As I mentioned above, it certainly portrays a failure of adult leadership, albeit in an institution that falls in a gray zone between government and non-profit.  Penn State is a public-private partnership that receives state support and has state representation on its board, but is technically private.  As a graduate of four public universities, I find that nebulous status confusing.  The film's issues of tolerance of abuse by turning a blind eye to it resonate today, what with scandals rocking the Roman Catholic Church and even the world of drum corps.  Coincidentally enough, both of those stories took place in Pennsylvania, too, and I'm sure some of the figures involfed were just as revered as Paterno.*

In addition to Outstanding Television Movie, "Paterno" earned a nomination for Outstanding Directing for a Limited Series, Movie, or Dramatic Special.  I'm surprised it didn't also receive one for acting.  After all, Al Pacino played Paterno.  Let's see how it fares at the Golden Globes and Critics' Choice Awards. 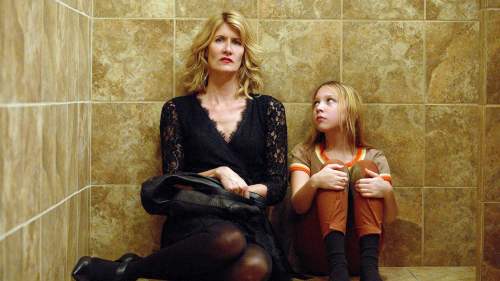 "The Tale" also tells about sexual abuse that was enabled by corrupt adult leaders, although the movie appears to be even more fictionalized than "Paterno" and told by an adult survivor as autobiography, not around the famous person who may have let it happen around him.  It has a very strong performance by Laura Dern, who gave a compelling speech at this year's Golden Globes.  She has a nomination for Outstanding Lead Actress in a Limited Series or Movie, the other nomination for "The Tale" besides Outstanding Television Movie.  I'll assess her chances when I look at the nominees for Outstanding Limited Series. 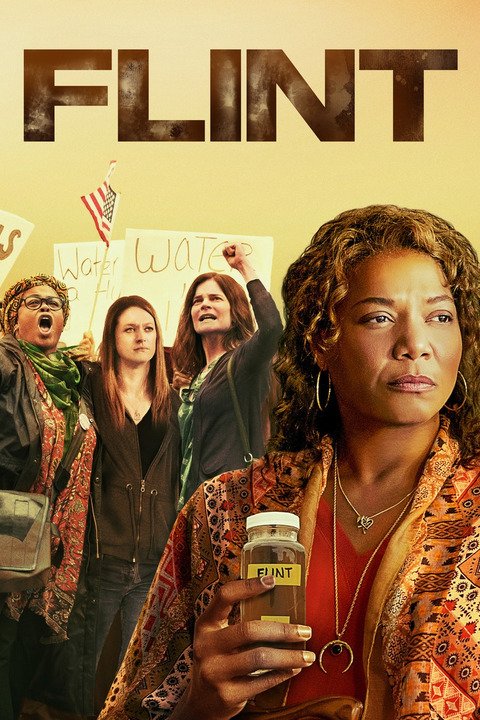 I have been promising to write more about "Flint" since it won environmental Feature Film of the year at 2018 EMA Awards, a vow I repeated most recently in Michigan state health director to stand trial for manslaughter in Flint Water Crisis deaths.  It is the reason I actually wrote this entry now; I am trying to get the nominees about politics out of the way before I start posting about speculative fiction nominees, although I didn't succeed, as I mentioned both "Black Mirror: USS Callister" and "Fahrenheit 451" before "Flint."  I'll make up for it by outsourcing my review to Variety, which was published on October 27, 2017.

It almost doesn’t matter if Lifetime’s “Flint,” a made-for-television movie about the water crisis in an impoverished community in Michigan, is any good or not. The fact that the film exists is the story of the film: Lifetime, a network known mostly for “Project Runway,” “UnREAL,” and its own brand of pulpy, low-budget filmmaking, taking on a water crisis so severe that the United Nations was asked to intervene.

It’s incongruous — and fascinating. After all, there is a degree to which the Flint story is one about women in peril, in a small town nearly forgotten by the rest of the world. But it’s also a complicated story about infrastructure and race, which lies outside the scope of most Lifetime films. And maybe most importantly, the Flint story is one without a neat ending: Just this week, Flint’s city council missed a deadline to find a long-term source of drinking water, and instead extended their short term solution for another two years. Meanwhile, Flint residents are using water filtration systems, but new research has indicated these filters may increase bacteria in the water, which has not eased residents’ fears. The crisis has yet to be consigned to the annals of history, but it has already been memorialized in a film produced by and starring Queen Latifah. We are living in a strange timeline.
...
This is how “Flint” is astonishing. It is a template for how grassroots activism starts in our most intimate spaces — the hearth and home — and grows out of a need to provide for family and friends, out of the most basic requirements for children’s growing bodies. It shows us a movement spearheaded by a group of working-class women with no resources except each other, reaching across racial lines to share information and understanding. “Flint” is the literal embodiment of the personal becoming political — a radical praxis, on Lifetime. These are strange times, indeed.

The review is not entirely positive about the film.  Given that kind of critical reception, the nomination for Outstanding Television Movie being the only one it received, and the quality of the competition, I think that "Flint" and Lifetime should be happy just for the nomination and be satisfied with the film's NAACP Image Award and EMA Award.

I have one final movie nomination for today.  One other episode of "Black Mirror" garnered a nomination.  Letitia Wright earned a nod for Outstanding Supporting Actress in a Limited Series or Movie for her role in "Black Museum."  From "Black Panther" to "Black Museum" - Congratulations!

The next installment should be about Limited Series nominees, which should be no earlier than Tuesday, as tomorrow is Labor Day.  Until then, enjoy USS Callister: The Next Adventures, representing the music that earned a nomination for Outstanding Music Composition for a Limited Series, Movie or Special (Original Dramatic Score).

*I know the central figure in the drum corps scandal was.  However, I wasn't surprised that he became embroiled in a sex scandal.  I had known for decades that he was a skirt chaser who dated at least one marching member and employee of his organization.
Posted by Pinku-Sensei at 12:00 AM