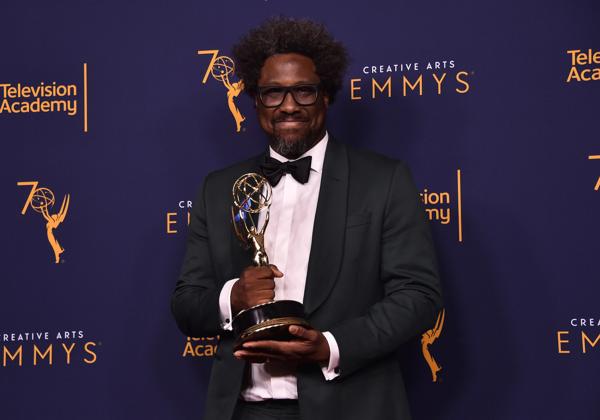 I'm making a small down payment on the promise to blog about the non-fiction winners at the Emmy Awards I made at the end of 'The Americans' wins Program of the Year plus other winning shows about politics and government at the 2018 Television Critics Association Awards by following up on 'Born This Way,' 'Deadliest Catch,' and 'United Shades of America' — society and nature in reality TV programs at the Emmy Awards."


The returning winner for Outstanding Unstructured Reality Program, as I mentioned above, is "United Shades of America With W. Kamau Bell," which  also earned nominations for Outstanding Host For A Reality Program and Outstanding Picture Editing For An Unstructured Reality Program.  I watched two episodes of this show the weekends after Anthony Bourdain died.  I found it fascinating, and not just for its humorous take on race and race relations.  I had no idea Bell was three-time Hugo winner N.K. Jemisin's cousin until I saw Bell interview her on his show.  I also saw little distinction between "United Shades of America" and "Anthony Bourdain: Parts Unknown" even though they are in different categories; the line between an informational nonfiction show and a reality show must be very fine.  I'm sure it also helps that they are promoted in different categories so that they don't step on each other at awards time.
...
Competing against "Born This Way," "United Shades of America," "Deadliest Catch," and "Naked And Afraid" for Outstanding Unstructured Reality Program are "Intervention" and "RuPaul's Drag Race: Untucked."  I doubt either of the latter two have much a chance at winning this category, although both examine serious social issues with the last doing so obliquely and light-heartedly.  Instead, I'm rooting for "United Shades of America" to win again.

I called this outcome, as Deadline reported that "United Shades of America" won Outstanding Unstructured Reality Program a second year in a row.  Congratulations!

Even in winning, "United Shades of America" couldn't escape the shadow of "Anthony Bourdain: Parts Unknown, as Deadline blogged: "A shoutout to fellow CNNer Bourdain from senior show producer Geraldine Porras: 'This award is dedicated to the memory of Anthony Bourdain, who continues to inspire us every day.'"

While W. Kamau Bell lost Outstanding Host for a Reality or Reality-Competition Program to RuPaul Charles, which I expected, "United Shades of America" won Outstanding Picture Editing For An Unstructured Reality Program for the first time, which I didn't.

ETA: The episode that won Outstanding Picture Editing For An Unstructured Reality Program was about Sikhs.  A friend of mine sent me the following email about what the episode meant for the Sikh community after I posted this entry:

Dear Friends,
We are excited to announce that the United Shades of America episode we worked on with W. Kamau Bell just won an Emmy! It is the first cable episode on Sikhs in America -- the first time the nation has seen Sikhs tell our own stories, in our own voices, for an hour on television. And now it has received the highest honor in the industry!
Let this win be a little beacon of light.
Today, as we mark seventeen years since 9/11, we believe that the best way to honor the thousands who died on this day and in its aftermath is to hear the STORIES that help us reckon with the past. The most brutal policies and rhetoric that drive hate in America today were first forged in the wake of 9/11. Our stories help us understand how to stand in solidarity with Muslims, Sikhs, and immigrants -- and how to birth a new future.
So on this anniversary, we invite you to hear a story you have never heard before.
Watch the Emmy-award winning "Sikhs in America" on DIRECTV here. Then scroll down for a list of films, books, and toolkits that help us understand 9/11 and hate in America today. Some we produced, others we curated, all center Sikh American stories the nation needs to hear. Starting with this episode of United Shades:
Go to 27:11 to hear Valarie tell the story of Balbir Singh Sodhi, the first person killed in the wake of 9/11, and how his family shows us how to practice Revolutionary Love in an era of hate.
Do you want see more stories like this in the world? Please chip in a few dollars to support our work. We make every cent stretch. You can become a monthly donor to the Revolutionary Love Project here.
Thank you W. Kamau Bell, Donny Jackson, and team for producing this episode with vision and care, and the Sikh Coalition for dedicated support from start to finish. (Send them some love here: @wkamaubell  @sikh_coalition).
And thank YOU for journeying with us. We curated the resources below for educators, parents, students, and all of you. Host a screening. Start a book club. Spark a dialogue. Share these resources far and wide. They are yours to light the way.
In Chardi Kala, ever-rising high spirits, even in the dark —
Valarie, Deeptej, Amy & the Revolutionary Love Fellows

That was inspiring.  Now back to the original post. 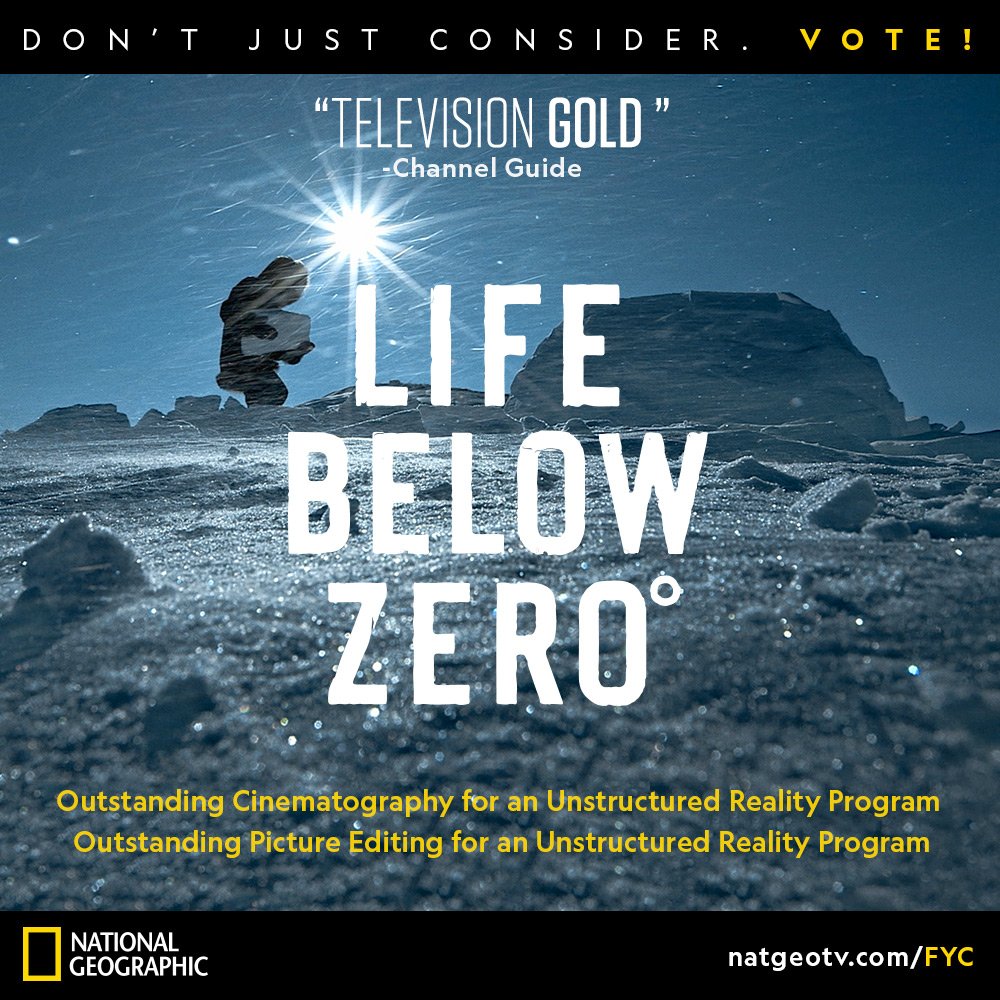 "Life Below Zero" did not earn a nomination for Outstanding Unstructured Reality Program, but it did garner nominations for Outstanding Cinematography For A Reality Program and Outstanding Picture Editing For An Unstructured Reality Program.  It is competing against both "Born This Way" and "Deadliest Catch" in the first category along with competition reality shows "The Amazing Race" and "RuPaul's Drag Race" and structured reality show "Queer Eye."  As I mentioned above, "Born This Way" won Outstanding Cinematography For A Reality Program last year, so I expect it will win again.  In the second category, it faces all three of "Born This Way," "United Shades of America," and "Deadliest Catch" along with "RuPaul's Drag Race: Untucked."  Here, "Life Below Zero" holds the trophy and would be my choice to win.

I might have more to say about reality shows after the Primetime Emmy Awards, when Outstanding Reality-Competition Program will be awarded, especially if "RuPaul's Drag Race" wins.  In the meantime, stay tuned for me following up on 'Anthony Bourdain: Parts Unknown' earns seven posthumous Emmy nominations; the series won six of them!
Posted by Pinku-Sensei at 12:00 AM