Holi and Purim on the first full supermoon of 2020 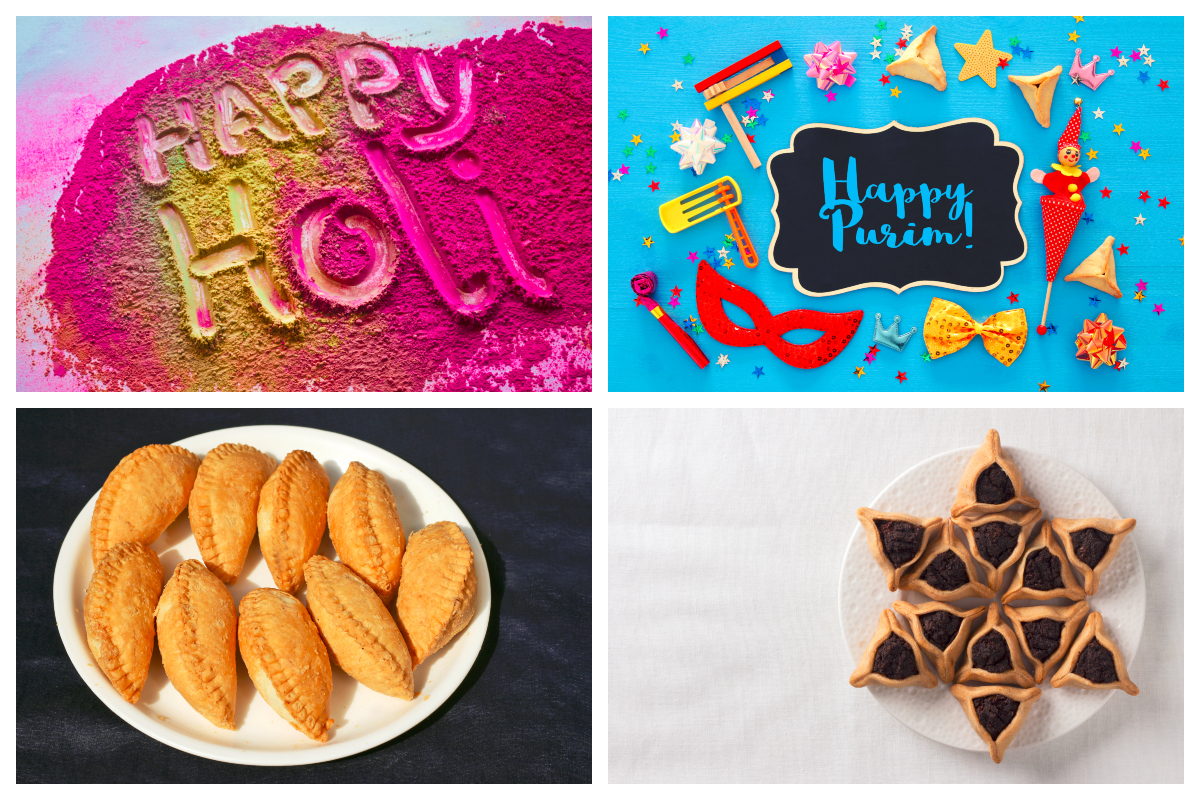 Last year, I wrote "both Holi and Purim will be on the same days next year, March 9 and 10.  Another double celebration!"  It's also the first supermoon of 2020 as NJ.com reports.

The first supermoon of 2020 will light up the sky on Monday, March 9.  Will you be watching the sky?

Ooh, a full blue moon on Halloween!  I hope I remember that!

Now for Holi.  I begin with a video from "Planet Earth II" that I looked at last year but decided that National Geographic's clip was more informative, BBC Earth Holi Festival Of Colour | Planet Earth II | Cities Behind The Scenes.

The Planet Earth II team find themselves filming during Holi, the most colourful festival in the world.

While it doesn't explain much, it certainly captures the spirit of the holiday.

Holi isn't celebrated only in India or by Hindus.  FOX 13 News Utah shows an Americanized celebration in Go Inside Holi, The 'Festival of Colors' - Uniquely Utah.

In this edition of Uniquely Utah, Todd Tanner gives us an inside look at the Festival of Color, and he talks to Caru Das, the man who started the Utah festival, about the meaning behind it.

A Hare Krishna temple in Utah.  As someone whose father went to what was then he only Catholic high school in the Beehive State, I shouldn't be surprised.

CBS2's Scott Rapoport has the latest on the celebration of the Jewish holiday Purim.

As I first wrote five years ago, "I don't celebrate Purim anywhere else but on this blog, but I'm all in favor of fun holidays and this one certainly qualifies.  Happy Purim!"  Also, Happy Holi!

To tie all of this together, that both Holi and Purim fall on a full moon is not a coincidence.  Both holidays occur on the full moon.  This year and last, it was the same full moon.  Next year, it won't be, as the Jewish and Hindu calendars will fall out of synch, with Purim on February 25-26 and Holi on March 29.*  However, both holidays will be on consecutive days in 2022 and coincide again in 2023.

Enough fun holidays.  Stay tuned for a version of A drum corps Super Tuesday 2020 for the Michigan, Mississippi, Washington, and Democrats Abroad primaries.

*Maybe I'll redo My three favorite Israeli actresses for Purim and write another post for my favorite Indian or Indian-American actresses as well on Holi.  I have a year to think about it.
Posted by Pinku-Sensei at 10:04 AM