Happy Purim!  I promised my readers a celebration of Purim to round out February and I'll deliver, unlike last year.

I know I hinted twice that I would celebrate Purim on this blog, I've decided to skip it this year because today marks the sixth anniversary of the Fukushima triple disaster.  That is an occasion much more on topic for the blog's themes, so today I observe an anniversary of DOOM instead of joy.*
...
*No, I won't observe it tomorrow, as that is the beginning of Daylight Saving Time.  I'll save it for next year, when it falls on the evening of February 28th -- perfect timing!

While there is a serious purpose behind Purim, celebrating Queen Esther saving the Jews from Haman's plot to destroy them, it is a joyous holiday with eating, drinking, costumes, and noisemaking.  In that spirit and because I'm in a Hollywood mood as much as a holiday one, I'm celebrating Purim by recognizing three Israeli actresses who give their fans joy while wearing costumes and pretending to be someone else.  Follow over the jump for them.

I expect that most readers of mine expect that Gal Gadot as Wonder Woman would be number one.  She is.  In addition to playing the superhero three times already in "Batman v Superman: Dawn of Justice," "Wonder Woman," and "Justice League" as well as being signed up for three sequels to both Wonder Woman and Justice League, she played Gisele in three Fast and Furious movies.  That's quite a resume as an action star! 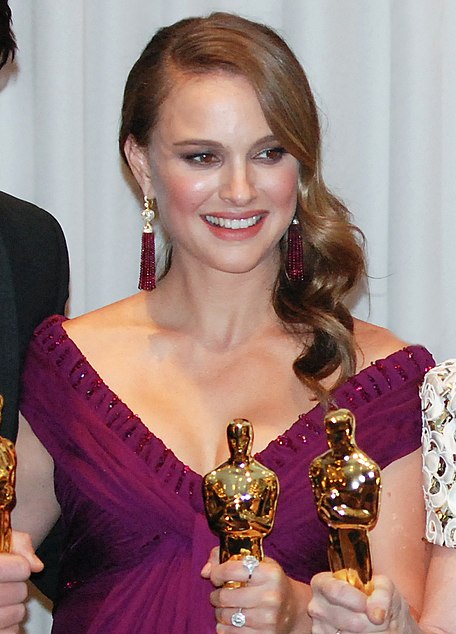 That Natalie Portman holds dual U.S.-Israeli citizenship came as a bit of surprise to me.  I didn't know until I searched for Israeli actresses and found her.  If this weren't the year for Wonder Woman, I'd have her as number one, as she has been an actress longer and has more speculative fiction credits.  Not only did she play Padme Amidala in all three Star Wars prequels, she played Evey in "V for Vendetta," Nina Sawyers in "Black Swan," for which she won Best Actress at the Oscars in 2011, Jane Foster in two Thor movies, and Isabel in "Your Highness."  She is currently playing Lena in "Annihilation" and is signed up for "Pale Blue Dot."  That's quite the speculative fiction resume.

The final actress is one that I don't expect many of my readers to know, Yael Grobglas.  She's probably known best in the U.S. for her dual role as Petra and Anezka in "Jane the Virgin," but that's not the role I'm featuring today.  Instead, it's Gayle Marsh/Psi from "Supergirl."  She has also starred in the Hebrew-language horror film "Rabies" and the historical drama "Reign."  That's enough speculative fiction experience to satisfy me that she belongs on this list.

That's it for February.  Stay tuned for the first post of March, coming up at midnight.  I promise it will be more serious, if not entirely so.