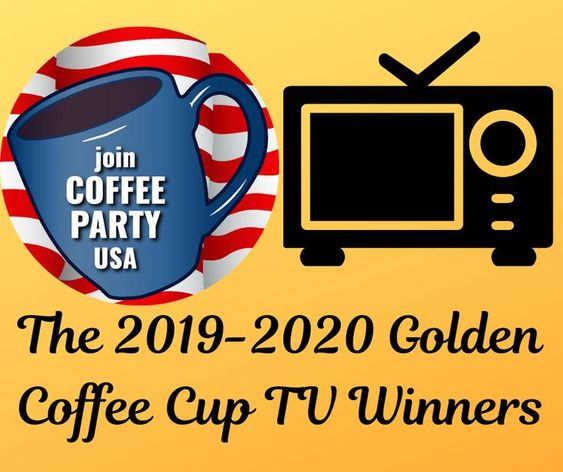 For the past three weeks, the members and volunteers of Coffee Party USA have been voting on the nominees for the 2019-2020 Golden Coffee Cups for television. Voting closed Sunday so it's time to announce the winners in seven categories showcasing the best in politics and government on the small screen during the 2019-2020 television season.

With the 2019-2020 television season out of the way, the members and volunteers of Coffee Party USA will move on to the best political movies of the 2020 awards season. Watch for the posting of the shortlists for the show categories on our blog along with an invitation to stream them while staying safe at home.

Best Miniseries or Movie for Television about Politics and Government

Documentary, Nonfiction, or Reality Series about Politics and Government

Modified from the original at Coffee Party USA's blog.
Posted by Pinku-Sensei at 12:32 PM