Business Insider examines the rise, fall, and return of Twinkies

Writing Business Insider explains 'why the world's most popular banana may go extinct', "remind[ed] me that I promised to share a Business Insider video about the rise, fall, and return of Twinkies three months ago but haven't done so yet...Saturday looks open..." That's today, so watch The Rise And Fall Of Twinkies.

Hostess Twinkies rose to icon status in the mid-1900s, becoming a mainstay in lunchboxes across America. But a heavy debt load and two bankruptcies almost killed Twinkies. In 2012, Twinkies left shelves for good... Until two guys, Andy and Dean, came up with a plan to save the iconic brand.

As I first wrote nine years ago, "Twinkies and the other Hostess products are still valuable and someone will make them" and this video tells how and why. It also dispels urban legends about the Twinkie, particularly the one about it lasting indefinitely. It didn't; the reformulated one lasts longer.

Business Insider's video also lists Purina as a former owner of Hostess's parent company from 1984 to 1995. That means I have a distant connection to Hostess, as my first job for a large employer was as cook and cashier for Jack In The Box from 1977 to 1979, which Purina owned from 1968 to 1985. My fellow employees and I joked that we worked for Purina People Chow. Our manager told us to never say that in front of the customers. We didn't.

That I'm revisiting the subject shows that I've made my peace with Americans' screwed-up priorities and no longer think this is as silly a story as I did when I first wrote about it. Americans crave their comfort food as much as they need their entertainment, which I take more seriously now than when I started writing this blog ten years ago. I just wish both were healthier and distracted less from issues like sustainability.  May Americans be as passionate about sustainability and democracy as they are about Twinkies. 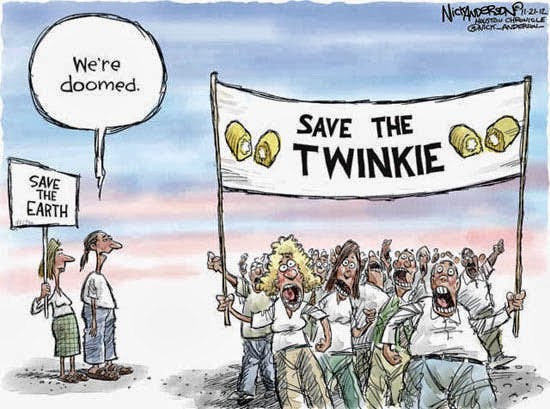 That's it for this Retail-Apocalypse-adjacent story of manufacturing returning from bankruptcy. Stay tuned for a celebration of July 4th.
Posted by Pinku-Sensei at 11:09 AM