An update on Puerto Rican statehood for Piña Colada Day 2021 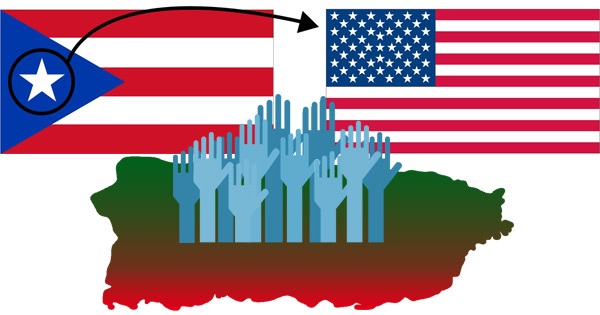 As for the question of statehood, that's on the ballot this November. Ballotpedia has a page on the referendum, which will be held concurrently with the general election in November. While I'm rooting for statehood, I'm not Puerto Rican. I suspect that, should the opposition to state fully participate, which I hope for the sake of a legitimate result they do, the outcome will be just as likely for continuing the Commonwealth or negotiating for Free Association. On the other hand, if statehood wins, it will be the third time in a row that the voters chose the option I favor. That written, whatever the people of Puerto Rico choose, I'll support it.

Puerto Ricans voted ‘yes’ on a referendum asking whether or not the territory should become a U.S. state. But with control of Congress still yet to be determined and some in Washington making the issue of Puerto Rican statehood a partisan issue, what's the prospect of it actually happening? Hari Sreenivasan speaks with Jenniffer González-Colón, Puerto Rico's Resident Commissioner and non-voting representative in the US House of Representatives.

Jenniffer González-Colón made what should be convincing arguments for Republicans to support statehood for Puerto Rico. First, Republican Presidents from Eisenhower to the younger Bush supported it. Second, it's been in the Republican platform since the 1960s. It's still in the Republican platform, since The Republican National Committee's Executive Committee voted on June 10, 2020, to adopt the same platform the party used in 2016, which had Puerto Rico statehood as one of its planks. Third, the island isn't a lock for Democrats, as González-Colón considers herself a Republican and caucuses with them in Congress.

On paper, admitting Puerto Rico as a counterweight to Washington, D.C. looks like it might work. The problem is that the Republican Party has become Trump's party and the former guy dislikes Puerto Rico and Puerto Ricans enough that he reportedly wanted to swap the island commonwealth for Greenland.* As long as he's the party leader, his prejudices and those of his followers will stand in the way of statehood.

Even so, statehood is still moving ahead in Washington D.C., as CBS New York reported in Competing Bills Could Lead To Puerto Rico's Statehood Or Independence last May.

For the first time Wednesday, a House committee held hearings on two competing bills which could lead to statehood or independence for Puerto Rico; CBS2's Tony Aiello reports.

I think it's good news that the statehood bill is earning Republican support. Still, I have a bad feeling that if the Republicans in Washington D.C. continue to block statehood, sentiment might switch over to free association or outright independence. That would be no be my preferred outcome, but if it's what Puerto Ricans want, then I'll support it, while still being upset at Republicans for making it happen.

I might have more tomorrow for Mojito Day, as I ran into several more videos on the subject I want to share, but it's time for me to move on to today's drink, the red, white, and blue piña colada. 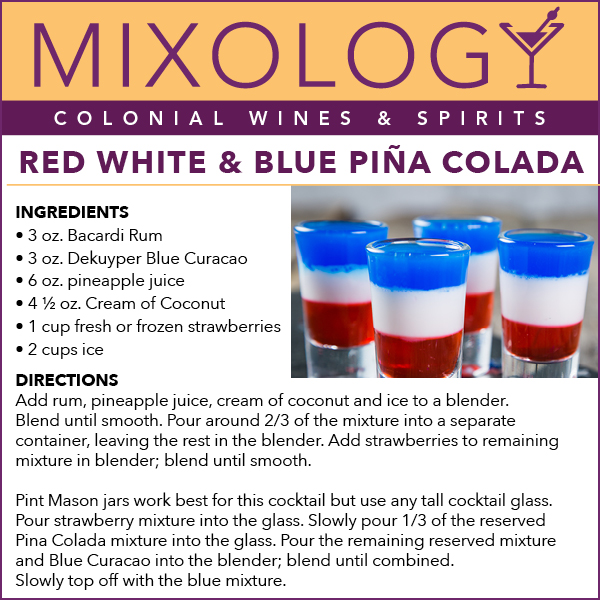 *This reminds me of a stunt I pulled in a games of Pax Britannica 30-35 years ago when I played the United Kingdom/Great Britain. I called it "Aristotle is not a Belgian." When Belgium, a minor power that runs by automatic rules, made a move that resulted in a Casus Belli, I would call for a Congress of Europe and propose a deal that would give Belgium the U.K's possessions in Newfoundland and Guiana (if I could convince the French player, France's possession in Guiana as well) along with a codominion in whichever territory Belgium had established a protectorate or possession, usually the Congo. That would get get rid of two low-value colonies for the U.K. and one for France, freeing those counters to be deployed in more high-value territories, and use up all of Belgium's counters for protectorates and possessions, eliminating it as a obstacle to the players who had plans for Africa.

What TFG is alleged to have proposed would not have been possible in Pax Brittanica and would have been a stupid deal even if it were. First, Denmark was not one of the minor powers in the game (Belgium, the Netherlands, Spain, and Portugal were) and Greenland was not one of the available territories, so there would be nothing to swap for. Even if it had, I expect Greenland would have had an economic value of 1 or 2, while Puerto Rico, which is in the game, has a value of 5. This would have been a bad economic deal. Then again, if he actually did want to do this, it would have been for irrational reasons. That doesn't surprise me.
Posted by Pinku-Sensei at 4:32 PM