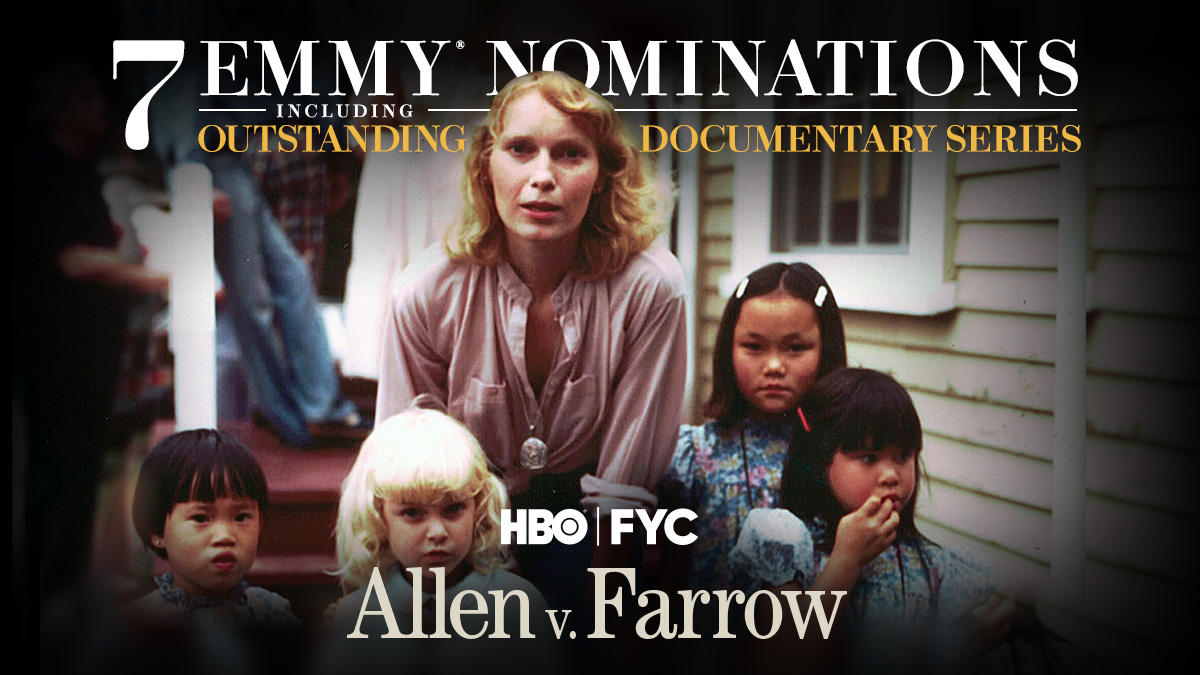 "Allen v. Farrow" leads this field with seven total nominations, followed by "Secrets of the Whales" with three, "City So Real" and "American Masters" with two each, and "Pretend It's a City" with just this one. While I'm rooting for "Secrets of the Whales" because it's a nature series, I would bet against it winning not only because "Allen v. Farrow" has more than twice as many nominations, but because it's a well-made story about Hollywood, even if it's unflattering. All things being equal, the members of the Television Academy would vote for it, and things are not equal based on the nominations; they favor "Allen v. Farrow."

Watch Allen v. Farrow: Official Trailer | HBO for a preview of the series.

A Hollywood scandal. A family tragedy.
Not only is this an entertainment story, it's a legal story, so it aligns with my interest in shows that have a political or government component. That means I feel like I have a legitimate interest in covering it beyond just examining entertainment in general.  That doesn't mean I'm happy about it.

Now watch the trailer for the nominee that I'm rooting for, even though I think it's futile, Secrets of the Whales from National Geographic, which is now part of Disney+.

This Earth Day, take a deep dive with #SecretsOfTheWhales, an Original Series from #NatGeo, executive producer James Cameron, and narrated by Sigourney Weaver.

I love whales and watching this trailer made me happy. In contrast, watching the trailer for "Allen v. Farrow" shocked, saddened, and disgusted me. I felt dirtier after watching it, not smarter and happier. That makes me root for "Secrets of the Whales" in addition to the environmental and scientific subject matter despite my knowing better about its chances.

Next, I present the nominees in a category that used to deserve a post of its own but since the loss of Anthony Bourdain I have included it in posts about other nonfiction categories. 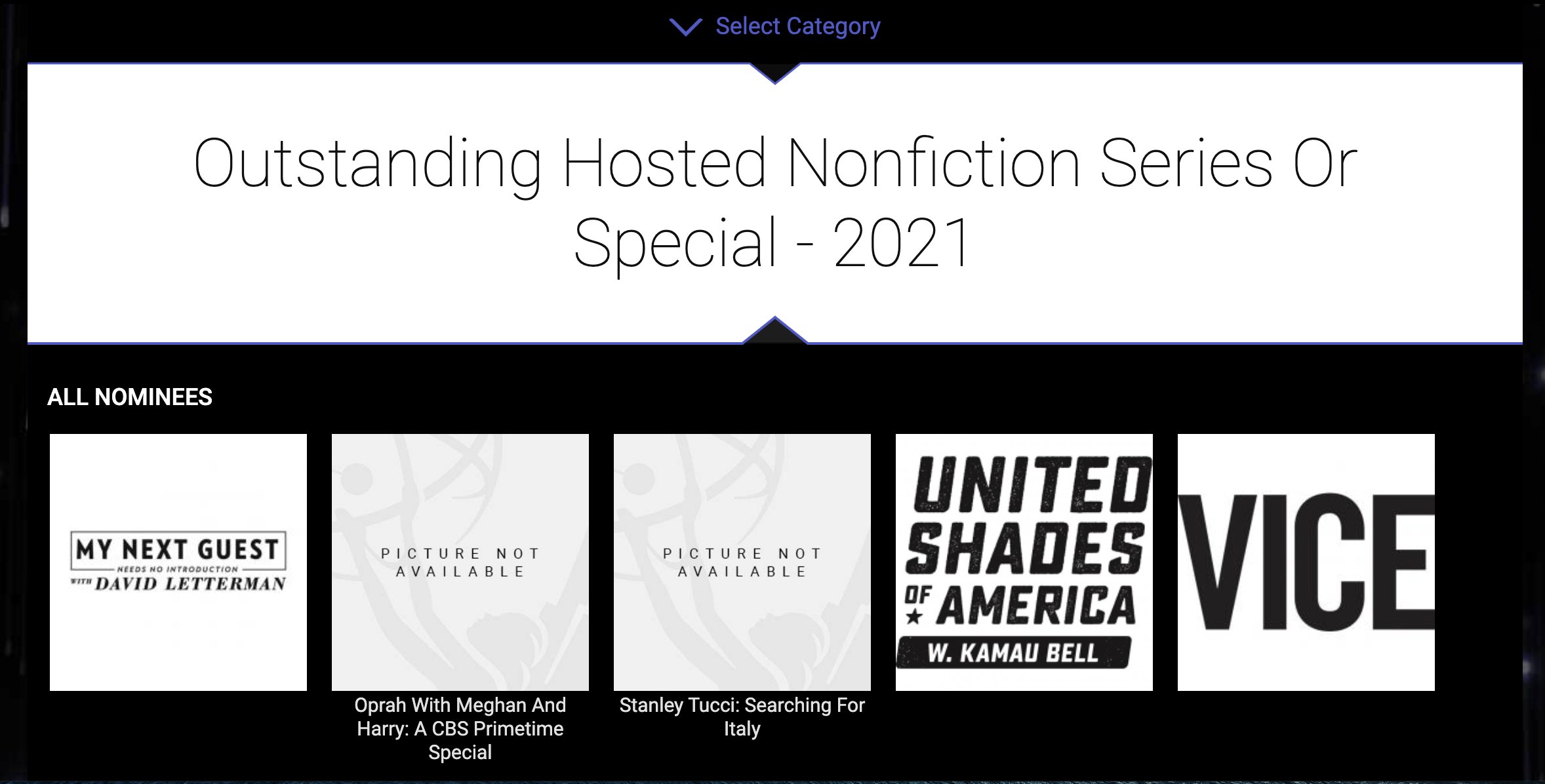 It should come as no surprise to my readers that I'm rooting for "United Shades of America with W. Kamau Bell," which examines race relations in America with a light touch. I'm not surprised his show ended up in this category after it missed the eligibility window last year. As I wrote three years ago, "I also saw little distinction between 'United Shades of America' and 'Anthony Bourdain: Parts Unknown' even though they are in different categories; the line between an informational nonfiction show and a reality show must be very fine. I'm sure it also helps that they are promoted in different categories so that they don't step on each other at awards time." CNN submitted "United Shades of America" in this category for the 2020-2021 season. Unfortunately, doing so probably hurt the show for nominations, as it is now competing against documentaries instead of reality shows for the directing, writing, and craft awards. I suspect the documentarians are working at a higher level than the reality show people. Second, CNN also submitted "Stanley Tucci: Searching for Italy" in this category, which has two nominations to just one each for all the rest of the nominees in this category, including "United Shades of America." They will step on each other now.

"Stanley Tucci: Searching for Italy" would be the favorite based on total nominations, but it has no track record (the show's IMDB page lists no nominations, not even for the Emmys), so I'm not confident that's a good handicapping criterion. In contrast, "United Shades of America" has multiple Emmy Awards, albeit as a reality show, not a nonfiction series, "Vice" shared the 2014 Emmy in this category with "Anthony Bourdain: Parts Unknown" and earned nominations from 2015-2018 and again last year, and "My Next Guest Needs No Introduction with David Letterman" earned nominations in 2018-2019, so the competition is stiff. Watch, none of them will win. Instead, I wouldn't be surprised if "Oprah with Meghan and Harry: A CBS Primetime Special" walks away with the Emmy instead. Hollywood, royalty, and controversy — I suspect the Television Academy voters won't be able to resist voting for it. 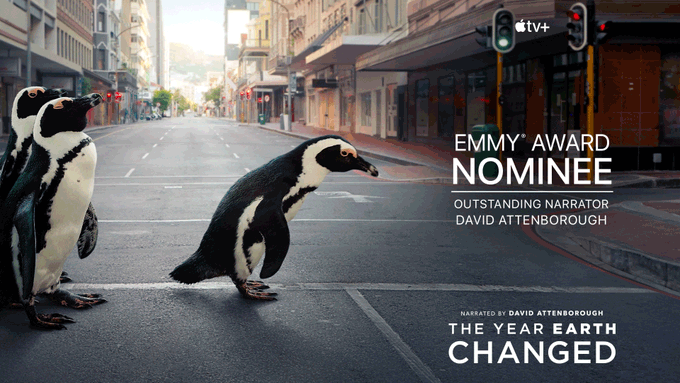 As I wrote yesterday, "I expected 'David Attenborough: A Life on Our Planet' would be eligible for Emmy Awards and it earned five nominations, just not the one for Outstanding Narrator I thought it would. I'm not sad, as Sir David earned two nominations in that category for other shows, which is a story for another entry." This is the other entry.

Based on his two consecutive wins and three total in this category with three other nominations, I think Sir David would be a prohibitive favorite except that he runs the risk of splitting the ballot between his two nominations. That gives the other three nominees the opportunity to win, including Sigourney Weaver for "Secrets of the Whales." While I think this is the nature show's best chance of winning, I think I would bet on Anthony Hopkins for "Mythic Quest" instead.

The nomination for "Allen v. Farrow" is the only one for a nonfiction series, so it stands out. That is not enough for me to say that it means anything in this category. I will have to listen to all the nominees to make that judgment. It does make me think it will affect the odds of the show's composer winning in a different category, which I'll get to over the jump along with the video of the theme itself. Follow over the jump for both of those plus the rest of the nominations for documentaries and nonfiction series with commentary from 'The Social Dilemma' leads documentaries at the Emmy Awards with seven nominations along with my observations about the nominees for documentary and nonfiction series.

I already described my opinion of the chances for "Allen v. Farrow" in the next category, I'm quoting it without any further commentary.

I think Kirsten Johnson has the inside track in this category based on her winning awards for directing at the Critics' Choice Documentary Awards and Cinema Eye Awards. In addition, the trailer shows her being a director in the film, so it makes her craft more obvious. That's too bad for Jeff Orlowski, director of "The Social Dilemma" who won Best Nature Documentary Emmy Awards twice, once for for Chasing Ice and again for Chasing Coral. He has shown that he knows how to portray scientific and technological issues, which I appreciate. I just don't think it will be enough this year. My choice to upset the field is "Allen vs. Farrow," which I will cover in the next installment about documentary and nonfiction series. That's a well-made story about Hollywood, even if it's unflattering. All things being equal, the members of the Television Academy would vote for it. I'm just not sure that all things about the nominees are equal.

I didn't say anything about the series in the next category.

Outstanding Writing for a Nonfiction Program

Allen v. Farrow (Episode: "Episode 3") (HBO)
All In: The Fight for Democracy (Prime Video)
The Bee Gees: How Can You Mend a Broken Heart (HBO)
The Social Dilemma (Netflix)
Tulsa Burning: The 1921 Race Massacre (History)

I can't use that criterion to handicap "Allen v. Farrow." First, it wasn't eligible for last year's WGA Awards. Second, even if it had, it would have been competing in a different category. Therefore, it might upset "All In: The Fight for Democracy." I hope not.

Now for a category "Allen v. Farrow" won't win, because it's not nominated. 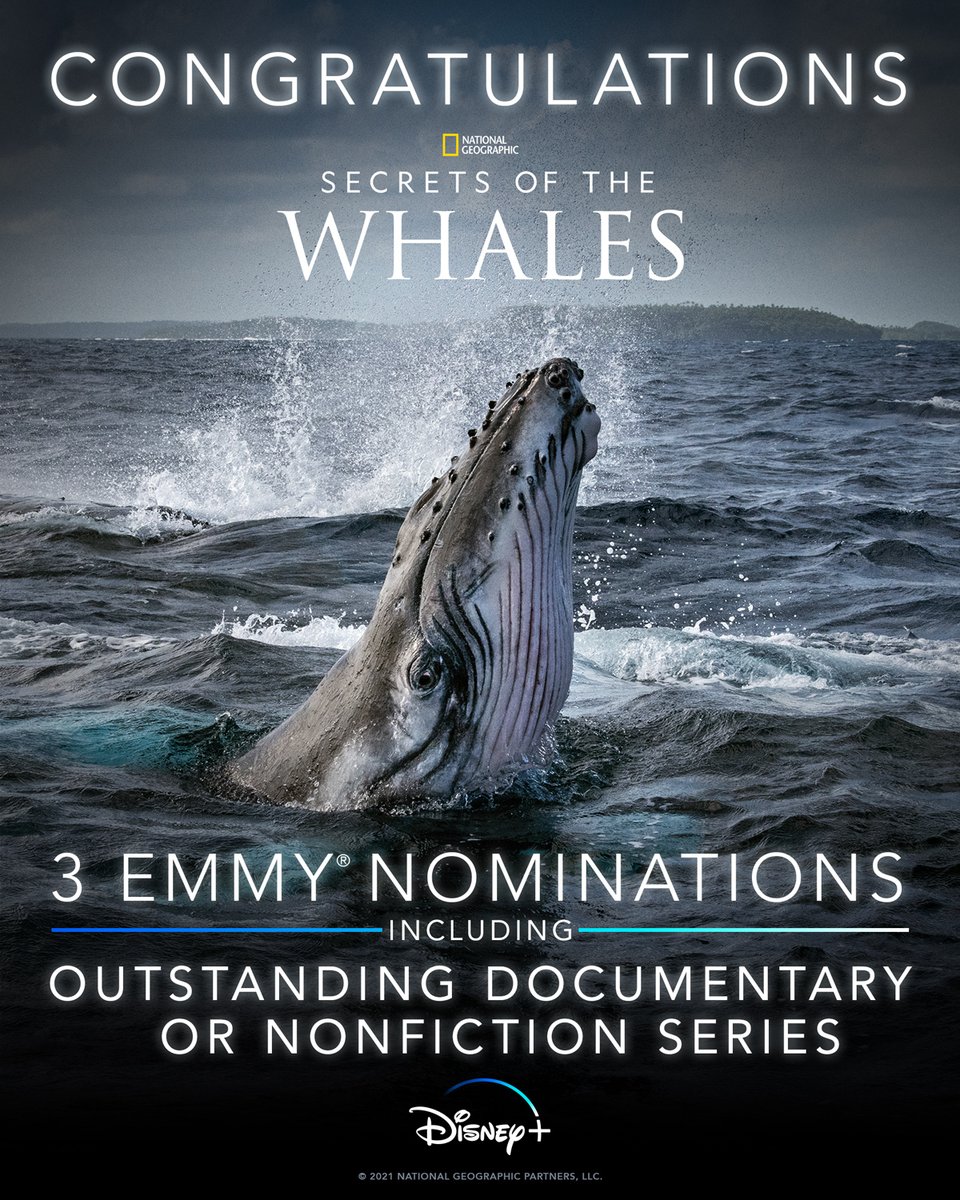 I think "David Attenborough: A Life on Our Planet" is the favorite and "Secrets of the Whales" is the runner up, but all of these are strong nominees.

Now for a category where "Allen v. Farrow" is competing against "American Masters" for the latter's second nomination.

I don't know who will win this category, but if I thought name recognition meant something, I'd pick Branford Marsalis as the favorite for "Tulsa Burning: The 1921 Race Massacre." My other choice would be Steven Price for "David Attenborough: A Life on Our Planet," who earned a nomination in this category two years ago for "Our Planet."

I don't know if Hollywood's fascination with itself will extend to its preferences in music. However, Michael Abels also earned a nomination for Main Title Theme, which I think will help him just as it did Laura Karpman last year. Abels is now my co-favorite along with Price. 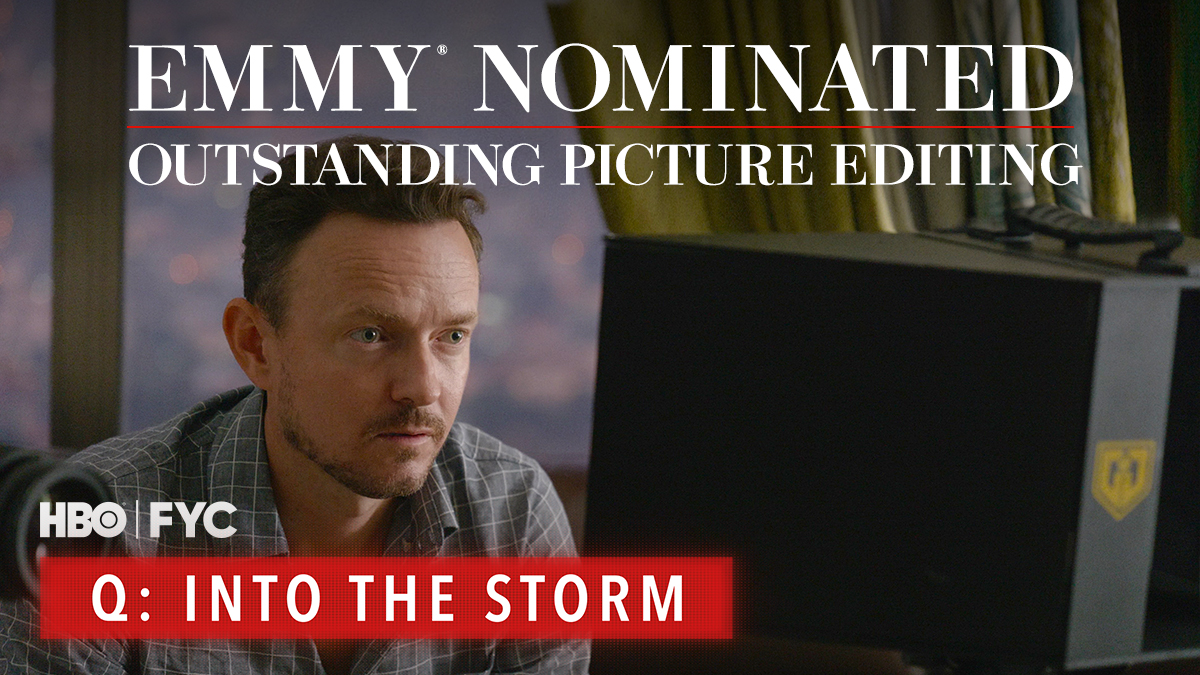 Lindsay Utz is a returning nominee in this category, having been nominated for "American Factory" last year. That might be enough for "Billie Eilish: The World's a Little Blurry" to upset "David Attenborough: A Life on Our Planet" or "The Social Dilemma" among the documentaries in this category.

I'm glad to see political documentary series "Q Into the Storm" get a nomination here, although I was hoping it would earn one for Main Title Sequence as well. Even so, I think "Allen v. Farrow" still has a better chance at winning.

While nature documentaries have good sound, I think music documentaries have the inside track, so I think it's between "Billie Eilish: The World's a Little Blurry" and "The Bee Gees: How Can You Mend a Broken Heart" for this category and the next.

That's a good thing, so I'm not terribly worried about "Allen v. Farrow" winning this category.

I'll post the rest of the themes as I get to limited series, comedies, and dramas. Stay tuned.

Previous posts in this series
Posted by Pinku-Sensei at 12:37 PM