Sunday night, Gotta Laff over at Political Carnival called yesterday Black Tea Monday in anticipation of the the stock market tanking yet again. Today proved her right: Going DOWn: Dow closes at -632. That's the big picture view. I'll let WXYZ show how it looked here in metro Detroit, beginning with their coverage of President Obama's address.


President Obama address the downgrade of the United States from AAA to AA+.

Before the President addressed the country, WXYZ began its coverage of how people reacted. Here are the clips, arranged from the top to the bottom of the income scale.

The people at the very top want more austerity. This is not good.

No panic, instead fatalism and cautious optimism.


Tavis Smiley and Cornel West appear in Detroit to talk about poverty.

When I first read about this story, I didn't think it would have anything to do with the Satan Sandwich, but it did. As Tavis Smiley pointed out, there was nothing in that deal for the poor or unemployed. That's why Emmanuel Cleaver called it a Satan Sandwich in the first place. 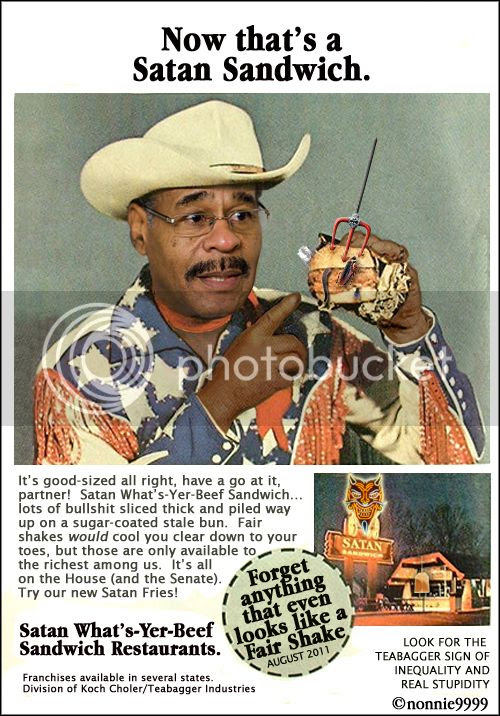 And that was the news from Detroit for Black Tea Monday.