Oil down worldwide, gas prices up in Grand Rapids


The wild ride on Wall Street - the Dow finished up more than 100 points on Friday - affected the price of oil, which fell to around $86 per barrel.

As for the price here, when I last checked on Thursday, the corner gas station was selling unleaded regular at $3.49. I'll go look after I post this entry to see if it has risen since then.

UPDATE: Unleaded regular is $3.65 at the corner station. Looks like I should have filled up Thursday.

Finally, Stuart Staniford at Early Warning has this very handy graph up of the relationship between crude prices and retail regular gas prices. 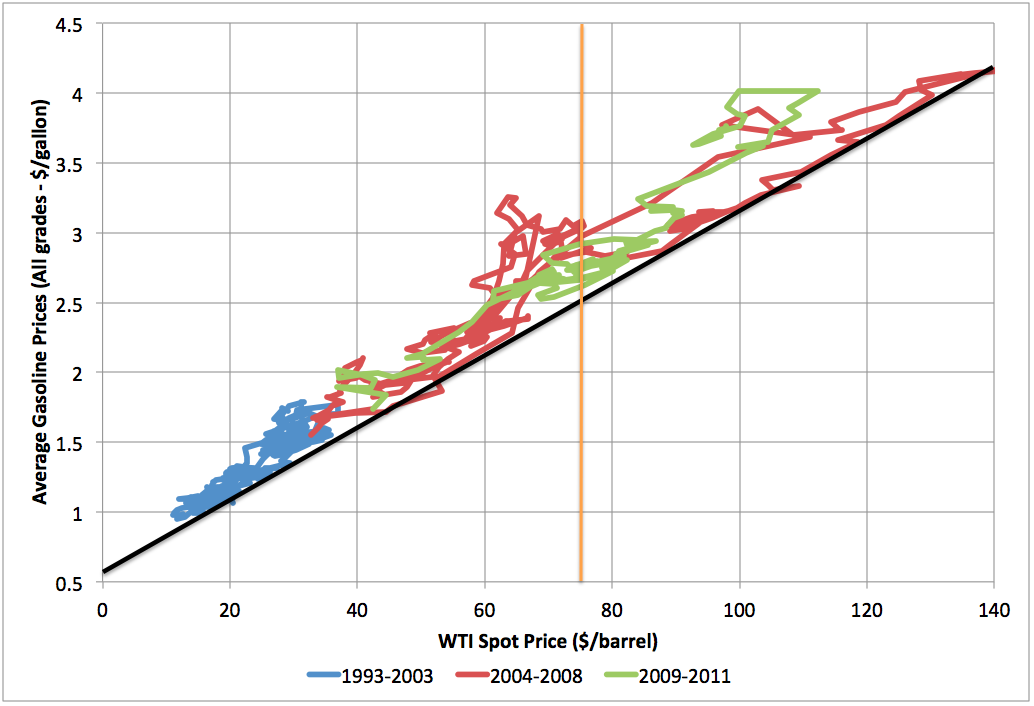 According to this graph, retail regular gasoline should be no more than $3.25 a gallon when WTI is $85 a barrel. Let's see if gas prices get there, including in Grand Rapids, where they shouldn't be so high right now.
Posted by Pinku-Sensei at 7:08 PM