With Kunstler shifting gears from Ukraine to Iraq in Heads, You Lose, it's time to share this rotten tomato I threw at Elaine Meinel Supkis in the comments to her blog this week.  I'll begin with her set-up last week, Pentagon Continues To Redo Computer-generated Uniforms That Look Increasingly Stupid.


The US patrol of Iraq was a howling failure and this photo shows one element of this failure: the ridiculous way our troops looked.
...
Yes, they have lethal weapons.  But they are way overburdened with junk and look sad sack to boot.  Lucas Films has this right: 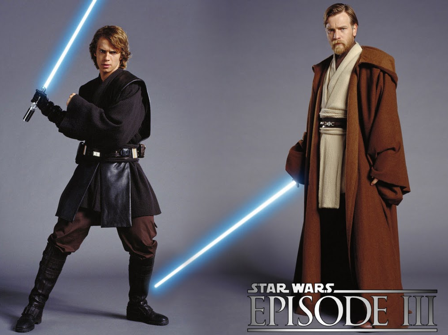 If these Jedi Knights showed up wearing camo pajamas, no one would be amazed, they would laugh at them.  I would also suggest this should have been the uniforms worn by our Afghan troops.  Then, the Taliban would at least felt they were honorable fighters and not mud walls.

She elaborated her point using her personal experience in comments.


Rulers knew eons ago you have to LOOK the role.

I used to fight medieval style in the SCA years ago. I would enter the battlefield with full pomp, ceremony and wearing classy armor, shield painted with my standard arms, gold leaf details on the edges of the armor, etc.

The sun shone on me and I was brave!

Monday, she followed through with Al Qaeda Soldiers Look Like Jedi Knights As I Explained Why Mud Wall Uniforms Are For Losers. 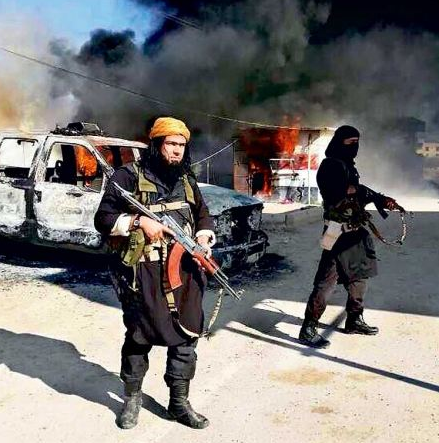 The other day, I wrote about the ugly computer generated mud wall uniforms worn by NATO, US troops invading Muslim nations.  Look at the al Qaeda fighters!  As I compared earlier to Star Wars, they ARE ‘Star Wars Jedi Knights’.  Only very, very brutal.  These vicious men are out to rule with an iron fist and they will succeed because Iraq was tottering off a cliff ever since Saddam disarmed and let the US invade.

At this point, I threw the rotten tomato at her.


Jedi wore brown; these guys wear black. That means that the ISIS fighters look like the Sith from the days of the Old Republic, back when there were more than two at a time. That’s what you get when you have vicious, brutal people with the power of Jedi Knights [who want to rule with an iron fist]. They may be strong in The Force, but they serve the Dark Side. All they need are the red-bladed light sabers.


That was two days ago, and so far I still have the last word.
Posted by Pinku-Sensei at 2:37 AM