Progress on Orion and other space and astronomy news 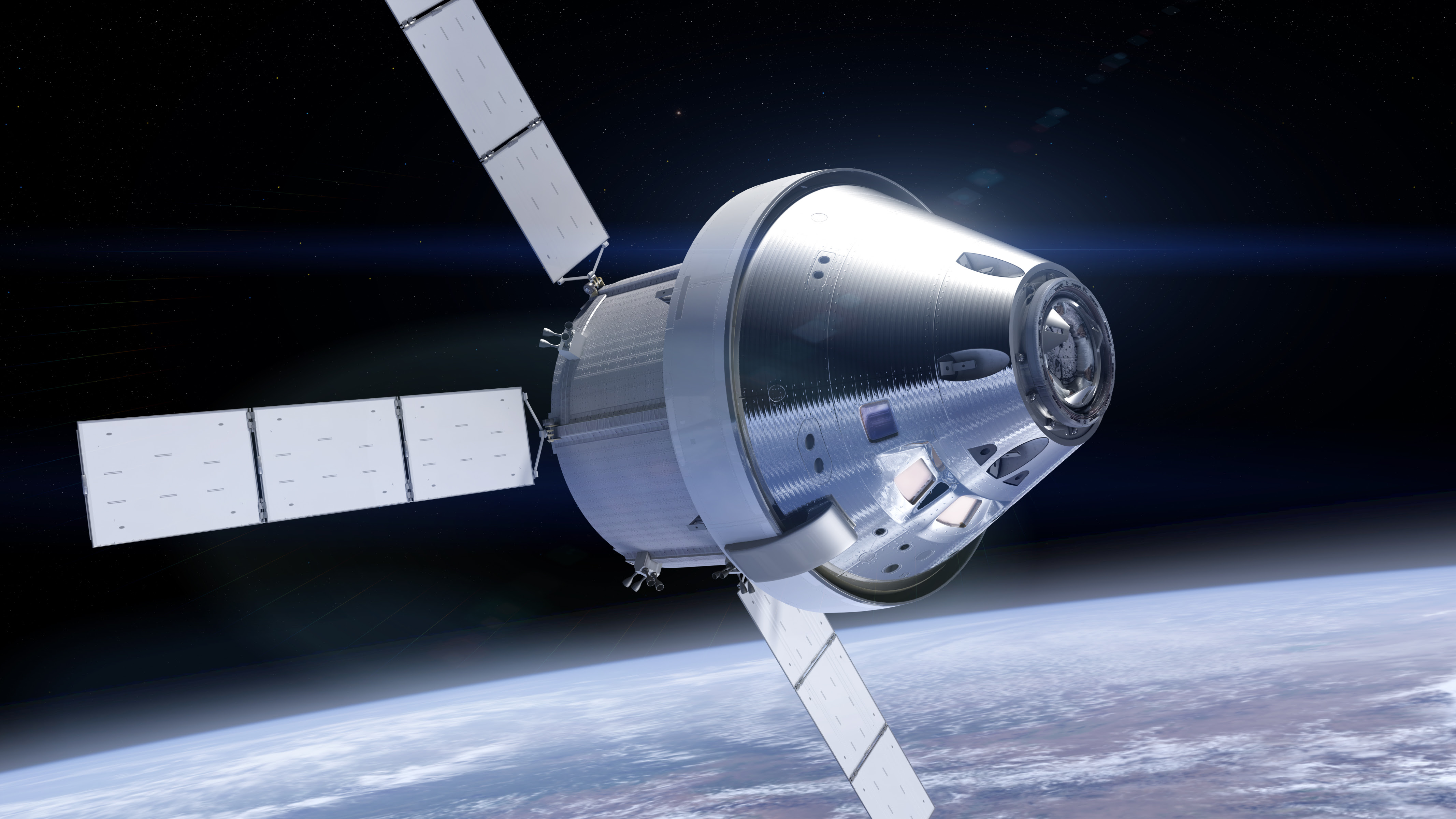 A recurring themes of this blog is my fear that the United States is acting out one of the great tragic tropes of science fiction--turning its back on space as part of its decline as a civilization, which I explored most recently in Space News for the second and third year of Crazy Eddie's Motie News.  Therefore, I'm interested in any signs that the U.S. will resume independent crewed spaceflight, if for no other reason than to rub the naysayers noses in it, as I wrote in Mars, solar flares, and this month's stargazing in this week's space and astronomy news.  NASA provided me such a sign in Orion Spacecraft Is Taking Shape on This Week @NASA.

Continue over the jump for more space and astronomy news.

BLACKSBURG, Va., June 20, 2014 – An international team of scientists including a Virginia Tech physicist have discovered that winds blowing from a supermassive black hole in a nearby galaxy work to obscure observations and X-rays.

The discovery in Thursday's issue of Science Express sheds light on the unexpected behavior of black holes, which emit large amounts of matter through powerful, galactic winds.

Using a large array of satellites and space observatories, the team spent more than a year training their instruments on the brightest and most studied of the “local” black holes — the one situated at the core of Type I Seyfert Galaxy NGC 5548.

What they found was a bit of a surprise.

Comet Siding Spring will brush astonishingly close to Mars later this year – close enough to raise concerns about the safety of a fleet of spacecraft orbiting the Red Planet. But after observing Siding Spring through a satellite-mounted telescope, University of Maryland comet experts found that it poses little danger to the Mars craft. The spacecraft will be able to get an unprecedented close look at the changes happening to this “fresh” comet as it nears the sun – as well as any changes its passing may trigger in the Martian atmosphere.

Fresh comets like Siding Spring, which have never before approached the sun, contain some of the most ancient material scientists can study. The UMD astronomers’ observations are part of a two-year-long research campaign to watch how the comet's activity changes during its travels.

"Comet Siding Spring is making its first passage through the inner solar system and is experiencing its first strong heating from the sun," said UMD assistant research scientist Dennis Bodewits, lead researcher on the UMD astronomy team that used NASA’s Swift satellite to estimate the comet’s size and activity. “Comets like this one, which formed long ago and remained for billions of years in the icy regions beyond Pluto, still contain the primeval building materials of our solar system in their original state.”

The International Sun-Earth Explorer-3, the spacecraft which was launched by NASA 36 years ago and was abandoned by the world's premier agency in 1997 is finally heading back home from the graveyard of space.

Some civilians who have urged NASA to bring the spacecraft back. The civilians have collected some money to own this antique spacecraft.

"We call ourselves techno-archaeologists," said Dennis Wingo, an engineer and entrepreneur who keeps on taking out miracles from space antiques that are abandoned by NASA.

The Wire via Yahoo! News: Chilean Mountaintop Blown Off to Make Way for Extremely Large Telescope
By Danielle Wiener-Bronner
June 19, 2014

Today, the European Southern Observatory (ESO) began construction on the largest optical/near-infrared telescope in the world, by blowing up the top of a Chilean mountain.

A meteorite found in the remains of a Neolithic hut in Bolkow, north west Poland, may have been used for shamanic purposes, academics have argued.

The meteorite was discovered among a large group of sacral objects in a hut on the banks of Swidwie Lake in the West Pomeranian region.

That's it for the week's space and astronomy news.  Time to start collecting news for a new week.