NASA mid-year report and other space and astronomy news 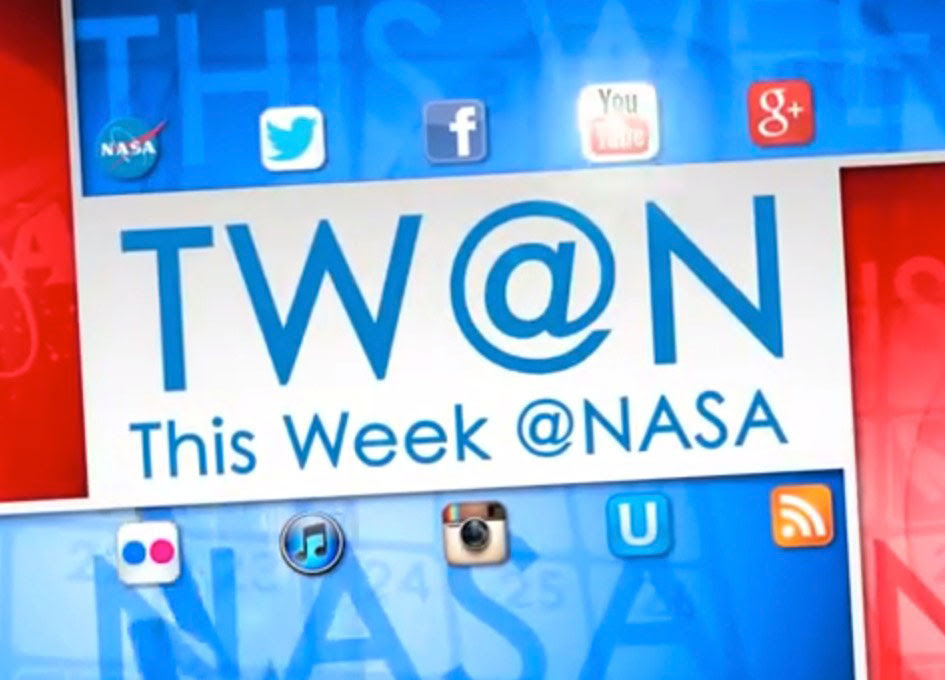 Time for a review of the year so far in 2014 Mid Year Report on This Week @NASA.

The This Week At NASA crew is on a short mid-year hiatus -- but we thought we'd leave you with a quick look back at some of the big and exciting news featured so far in 2014 on This Week at NASA. We're back on June 13 with a fresh, new This Week At NASA.

Follow over the jump for news from distant galaxies to deep in the heart of Texas, where the stars at night are big and bright.

PhysOrg brings two stories from distant galaxies in Pair of researchers suggest black holes at center of galaxies might instead be wormholes By Bob Yirka on May 30, 2014.

Zilong Li and Cosimo Bambi with Fudan University in Shanghai have come up with a very novel idea—those black holes that are believed to exist at the center of a lot of galaxies, may instead by wormholes. They've written a paper, uploaded to the preprint server arXiv, describing their idea and how what they've imagined could be proved right (or wrong) by a new instrument soon to be added to an observatory in Chile.

NASA's Swift satellite reported an enormous explosion occurred this morning at 8.15 AEST in our neighbouring galaxy, Andromeda. This explosion is known as a Gamma Ray Burst (GRB), one of the most powerful explosions in the Universe.

The exact cause is unknown but thought to be an explosion from when two Neutron Stars collide. These Neutron Stars are the dead cores of massive stars, with the mass of our Sun crushed into the size of a small city. When they merge together, the explosion is so powerful it can be seen from across the Universe.

Swinburne University of Technology astronomer Dr Alan Duffy says these GRBs explosions are so large that if they occur within our galaxy they can potentially trigger mass extinctions on Earth.

Science at NASA returns to our galaxy with ScienceCasts: The Milky Way is Not Just a Refrigerator Magnet.

A new map of the galaxy by ESA's Planck spacecraft has revealed gigantic loops of magnetism and other structures that point to a magnetic dynamo at work in the Milky Way.

DarkSyde on Daily Kos has more on NASA using inflatables in space, although for braking during re-entry instead of as modules, in This week in science: look mom, no parachutes!

Finally, Texas A&M brags about its contributions to space flight in Lynx Cub Payload Carrier Developed at Texas A&M by Jose Velasquez on May 20, 2014.

"The LCPC is a versatile system that installs in the Lynx cabin and allows small experiments to be carried as secondary payloads on any Lynx flight," said United States Rocket Academy Chairman Edward Wright. "It can be installed and removed quickly for frequent, low-cost flight opportunities.

That's it for last week's space and astronomy news.