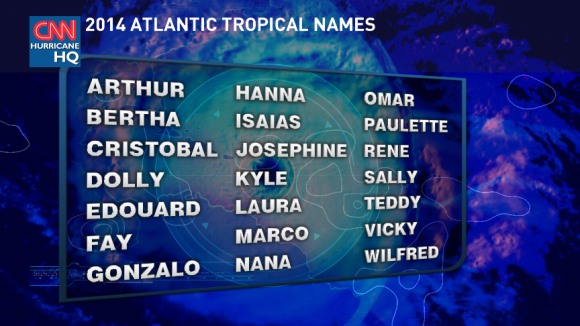 In yesterday's Recycled comments about the men's rights movement, I described my online encounter with a den of rabid sexists and how their "inflammatory, paranoid, rigidly doctrinaire, and downright hostile" behavior got in the way of accepting something that would help them.  Today, I present evidence that sexism harms the sexists themselves from Laci and Tara of Discovery News, who explain Why Female-Named Hurricanes Are More Deadly.

Actually, I'd find Bertha more threatening than Reginald, but that's probably just me, as the former sounds tougher than the latter.

Follow over the jump for my reflections on the utility of naming storms and a meta observation on the comments to this video.

As for the point made about naming hurricanes making them more memorable, that's the reason why The Weather Channel names winter storms, something I pointed out in Yesterday was a snow day and Updates on Nemo and Super Bowl blackout.  I concluded the first entry by noting how calling the storm Nemo worked out for The Weather Channel.


Maybe The Weather Channel was right to sound the alarm, even though it made Caity Weaver at Gawker laugh at them in Snow Panic Has Driven Weather.com Completely Insane.  Yeah, crazy like a fox, if not Fox News.  Bad weather drives up their ratings.

*That's [Nemo] not an official name, just a Weather Channel one, as Gizmodo points out that The National Weather Service Refuses to Acknowledge Dumb Winter Storm Names.

Despite the silliness of the practice, it caught on, as I pointed out in the second entry about Nemo.


The storm may be a disaster, but the naming was a success, as documented in Naming Nemo: How the Storm Got Its Name by Larry O'Hanlon at Discovery News.


Back in October 2012, everybody was poohooing The Weather Channel’s (TWC) plan to start giving names to significant winter storms. Now it looks like a large number of reports on the storm, dubbed Nemo by TWC, have adopted the name (not all, by any means, but lots, including Discovery News).

What happened? I’ll say it in three words: search engine optimization. Despite very reasonable arguments against the naming of winter storms by many meteorologists, we are seeing them adopted anyway.

Experiences like this are why I concluded the next month that The Weather Channel exploits risk for viewers.  It works well for them.

Finally, it turns out that the comments to this video serve as an answer to the question posed in the prompt for Thursday, "Are there any comment sections online that you refuse to read?"  I recommend you don't read them.  They're pretty bad.  In fact, a lot of comments on YouTube to videos about controversial scientific topics on YouTube are generally worth ignoring.  Most of them conform to the profile of the trolls and mission posters described in Who's hiding under the bridge of an online science article? and More on the science of trolling.  This time, it's not the creationists or climate change deniers who are on the case, but the misogynists.  Ah, well, pearls before swine and all that.

ETA: Discovery News pointed out the power of names on people's perceptions of climate and weather before in Discovery News on Global Warming vs. Climate Change.  Looks like a theme.
Posted by Pinku-Sensei at 2:20 PM