Fabius Maximus and I discuss Kunstler 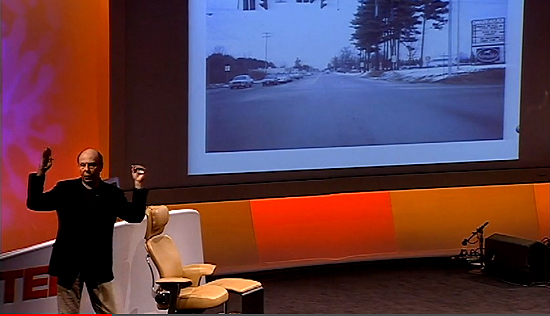 I skipped part of a conversation in Fabius Maximus on 'Castle', noting that "Fabius and I went off on a tangent about Kunstler.  That deserves an entry of its own."  It's time for that entry.

I included my bringing up Kunstler at Fabius Maximus in a comment on Kunstler's blog in reference to something Kunstler himself wrote.

I’ve been reading a fellow who calls himself “Fabius Maximus” lately. One of the points he’s been making is that Americans won’t defend America anymore because they don’t like what it has become and don’t see themselves in it anymore. This reminds me of the point you’ve made about suburbia is that you don’t think Americans will defend a place they don’t care about. I called his attention to that similarity in a post he wrote about gender roles. He responded skeptically. Too bad, he should take you more seriously.

Here's the interchange from the comments to “Castle” shows us a dark vision of Romance in America that I skipped over.

That’s the thesis of author James Howard Kunstler. He applies it mostly to our built environment, but he likes to make fun of the Kardashians and other sources of trashy entertainment as well. Here’s a link to a video of him giving a TED talk on the subject (It might actually embed–Wordpress does that from time to time) (P-S note: it did).

“In James Howard Kunstler’s view, public spaces should be inspired centers of civic life and the physical manifestation of the common good. Instead, he argues, what we have in America is a nation of places not worth caring about.”

Follow over the jump for the rest of both conversations with Fabius, first at his site, then at Kunstler's.

Now for the rest of the conversation I had with Fabius over at his blog.

Thanks for that comment. I have read little of Kunstler, and thought most of that quite daft. I will take a closer look.

From your brief note, I suspect we are on different tracks. It’s easy to mock popular culture and construction. But they’re low level is typical, everywhere and always. If he was in 4th C BC Athens, I suspect that he’d mock Aristophanes’ comedies for their giant phallices and other crude humor.

Me: LOL, he probably would. And, yes, Kunstler can be a crank. The problem is that he’s the most annoying kind of crank–one who is right as often as he is wrong. That means I actually have to pay attention to sort the wheat from the chaff, instead of dismissing him out of hand.

All good points! From the little I have read of Kunstler, the crank to gold ratio is not 1:1. More like 10:1 or larger. Perhaps much larger.

Much to my surprise, Fabius Maximus himself responded to my comment at Kunstler's blog.

A bit more context to Neon’s reply. I believe we are all on the same page here, but apply very different frames or contexts to what’s happening.

Which might be why find collective action so difficult. The posts he cites were an attempt to better understand this problem, and find common ground (which, guessing, I might have stumbled upon).

Trivia note: I think the key points to my reply to Neon’s comment on the FM website (one of a series of insightful comments) was “I have read little of Kunstler” and “I will take a closer look”.

Nice save, Fabius.  That inspired me to attempt one of my own.

Me: My, what a pleasant surprise! Glad to see you here and even more glad to read you offering your perspective on our exchange. Also “one of a series of insightful comments”–thank you for the compliment!

My observation was well deserved. In a sea of trolls & tribesmen (robotically supporting their truths), the few rational commenters stand out.

Also, the comments here are quite good!

Whatever else Fabius is, he's an intelligent gentleman.  He also knows the power of a compliment.  Flattery can get one places.

That written, "the comments here are quite good" is not an observation I would have made about Kunstler's blog.  I observed the following about the comments there in My comment section.

Who owns the comment section: the blog writer or the blog readers?...[I]t depends on the blog.  At my blog, the readers have a weak presence in comments, so I own it.  Other places, the readers have taken over.  This has long been the case over at Kunstler's blog, although the quality of comments has improved since Kunstler started throwing people out for flagrant bigotry, blatant flamebaiting, excessive stupidy, and posting "First!"  Welcome to Arson, Murder, and Jaywalking.

I guess Kunstler's efforts at cleaning the place up are succeeding.