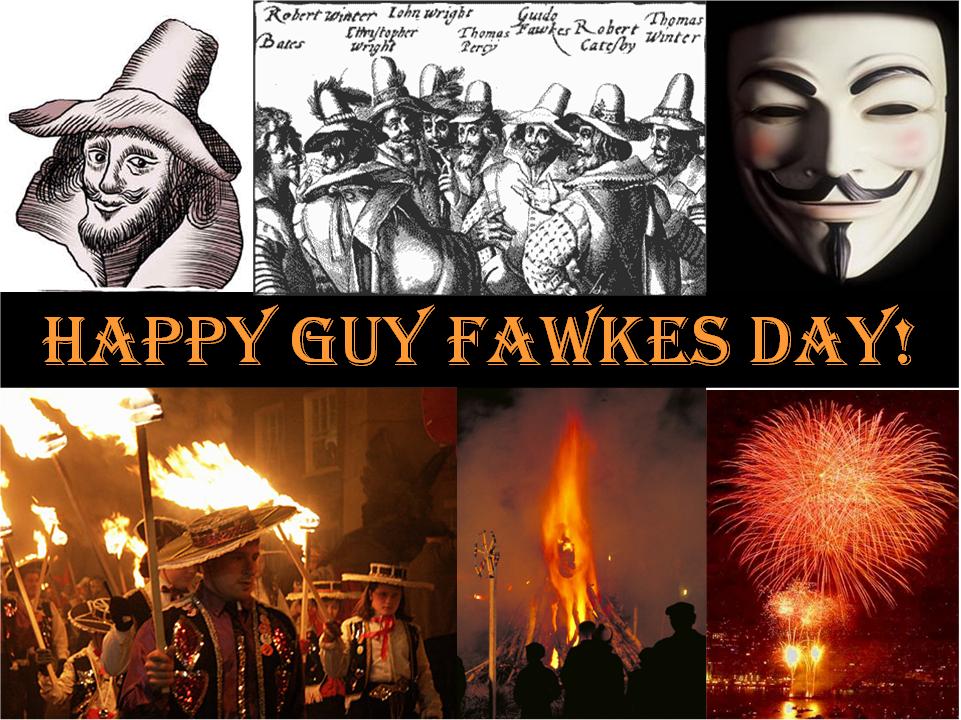 I know I promised to post some election coverage at the end of Good economic news for election day.  Later.  Right now, I'm not up to writing those articles.  Instead, I'm going to add another holiday to this blog's calendar, Guy Fawkes Day.*  Take it away, Geek and Sundry!

The Gunpowder Plot (ETA: Geek and Sundry has taken down that video sometime over the past five years, so I'm replacing it with Vox's Guy Fawkes Day: explained although I'm still retaining the description of the video along with Vox's.)

Geek and Sundry: Remember, remember, the Fifth of November. Kiriosity explores some explosive facts (and Fawkes) about the Gunpowder Plot of 1605; the attempted assasination against King James I of England by a group of English Catholics.

Vox: An abridged history of how Guy Fawkes day earned its namesake.

Of course, the adoption of Guy Fawkes (or at least his mask) as a symbol of Anonymous has added new meaning to the day, as explained by Russia Today in Million Mask March rallies sweep the globe.

The Million Mask March is spreading worldwide as demonstrators protest against austerity, mass surveillance and oppression.

It's a pity that Russia Today is the main news outlet covering this, as the channel has an agenda of promoting troublemakers in the U.S. and elsewhere.  Their agenda of destabilizing Russia's rivals contaminates that of the protesters, which I generally support.

*While I have mentioned the day before, I've never actually observed it here.
Posted by Pinku-Sensei at 8:22 PM