I mentioned that my wife and I bought a new car in Michigan universities on buying cars and then I gave my final update on my old car in Farewell, Yuki.  It's time to give the first driving update for the new car.

My wife and I bought the new car, the name of which I haven't settled on yet between Dez and Lapis (it will happen; it took me a couple of years to call the Tracker Ruby), on September 29th when the odometer read 43,400.  It passed 44,000 miles on Saturday, November 15th.  That's 600 miles in 48 days for an average of 12.5 miles/day or 381.25 miles/month.  That's not much more than the 11.90 miles/day and 363.10 miles/month I drove Yuki during the comparable period last year, but definitely up from the 11.36 miles/day and 346.59 miles per month I drove her between April and July this year.  Still, it's not as much as I expected would happen from the temptation of a new car making driving more fun and all the driving required to look for houses to buy and it makes for a good baseline.  Now, all I need is the next driving update on Ruby to compute the last driving update for our current address and use that to compare what the effect of moving will be on our driving habits.  I expect our miles will go up, as the new neighborhood is not as walkable and the location is farther away from one of my worksites although about the same distance from the other, while the commute is much quicker.

Travel for the month is estimated to be 267.8 billion vehicle miles. 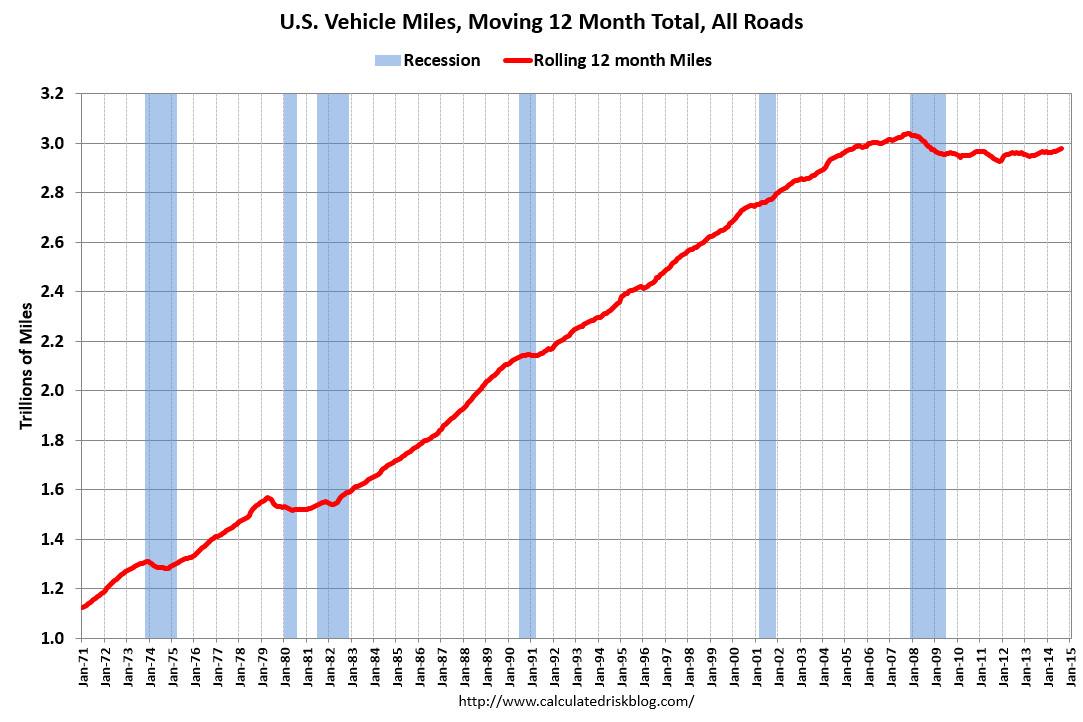 Once again, I'm contributing to the trend.
Posted by Pinku-Sensei at 8:41 PM