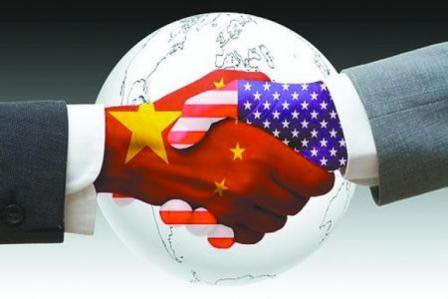 I'm in the mood for some good news tonight, so here is something I mentioned at the end of U.S. home ownership rate and me, the U.S.-China climate deal.  Take it away, LiveScience!

The United States and China surprised climate-policy watchers this week by announcing a rare accord to cut carbon pollution. As details of the agreement are released, experts are hopeful that cooperation between the world's two biggest economies, and two biggest carbon emitters, bodes well for an as-yet elusive global climate pact.

"For many years, the reluctance of the U.S. and China to make strong commitments has been an oft-used excuse by other countries to not take action," said Anthony Leiserowitz, director of the Yale Project on Climate Change Communication.

"In fact, many in the U.S. Congress have resisted taking action because they argued that China wasn't acting," Leiserowitz told Live Science in an email. "And many Chinese leaders have long used the same argument about the United States to avoid making their own commitments. This very public and early agreement by the two largest national emitters in the world should help break the long-standing logjam in the international negotiations."

Not only is this good news, but it's exactly the kind of cooperation I was hoping for when I first called the Sino-American relationship The CoDominion in U.S.-China EcoPartnerships: The CoDominion plans for sustainability and repeated in An update on The CoDominion planning for sustainability.  Given what the rest of the climate news I included in last week's Overnight News Digest: Science Saturday on Daily Kos was like, it comes not a moment too soon.*  I should curb my enthusiasm, as the result is likely to be what Paul Krugman describes in China Deals.

[O]ne of the main arguments the usual suspects make against action — after arguing that it’s all a gigantic hoax, any limits on emissions will destroy the economy, and liberals are ugly — is that nothing the US does can matter, because China will just keep on emitting. Some of us have long argued that this is way too pessimistic — that the advanced countries, if they are willing to limit their own emissions, can have a lot of leverage via the threat of carbon tariffs. But now China is showing itself willing to deal even without that.

So you could say that a major prop of the anti-climate-action campaign has just been knocked away. But as I said, it probably won’t matter; they’ll just come up with another excuse.

I wish Krugman was wrong, but he probably isn't.  Sigh.

*Stay tuned for an entry about these stories.
Posted by Pinku-Sensei at 1:19 AM