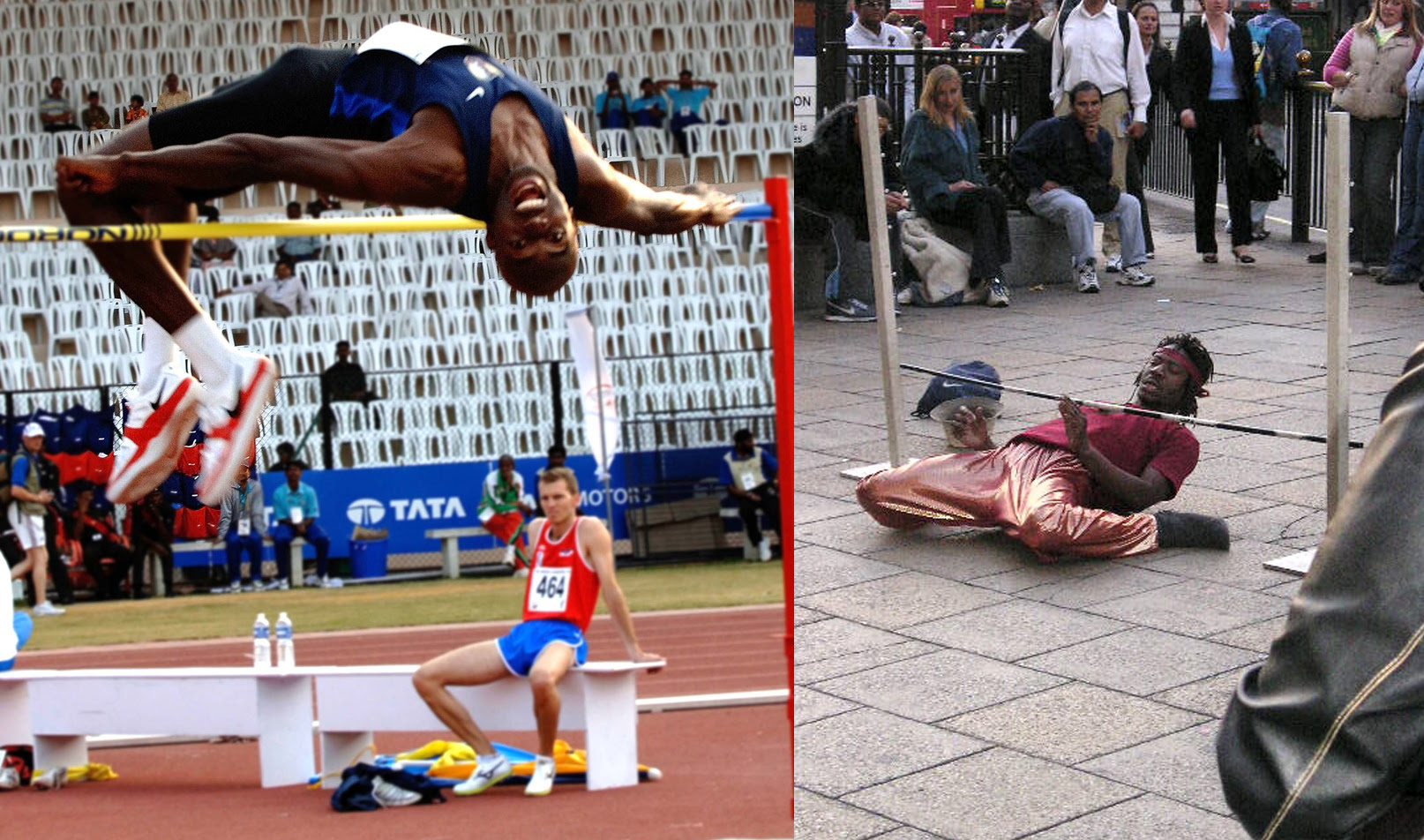 Once again,  the corner station jumps over the limbo bar.  This time, it raised its price for regular to $3.09 instead of matching the stations down the street at $2.87.  Then, the three stations down the street lowered their price to $2.85.  When I wrote "they could actually drop prices another four cents to $2.83 by the end of the week," I was half right.  Prices did fall.

As for the corner station, it realized its mistake and is now beating an orderly retreat.  It's now at $2.99.  It still has another 14 cents to go to match the rest of the neighborhood outlets.

Don't expect lower prices in near future.  GasBuddy shows the Detroit average has actually increased slightly from $2.93 to just under $2.95.  The neighborhood stations are already a dime below that, so there is no need to decrease prices any more.  As for the national average, it stalled just above $2.96 for a few days, but is now falling below that level by a fraction of a cent.  If that continues, it might resume downward pressure on local prices.

Speaking of downward pressure, Oil-Price.Net shows that WTI is down to $77.91 and Brent is down to $82.86, while RBOB gasoline is holding at $2.13, up four cents for the day, but still lower than the last time I checked.  Looks like the price floors are $75 for WTI, $80 for Brent, and $2.00 or $2.05 for RBOB.  Barchart indicates that low prices for gasoline could persist until March, as it shows prices for RBOB between $2.10 and $2.15 for every month's contracts until April, when the price jumps to $2.33.  That would be good news for consumers at the pump.  I'll refrain from posting Professor Farnsworth until the corner station drops to $2.85.
Posted by Pinku-Sensei at 12:00 AM