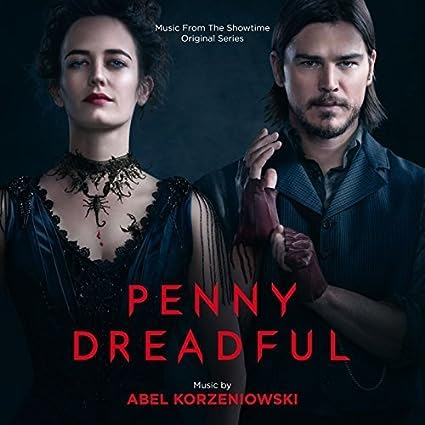 The nominations for the 67th Emmy Awards were announced yesterday and I'll have a lot more to say about them later, especially on Sunday.  Tonight, I'm celebrating two of the three nominations that "Penny Dreadful," the show I'm jokingly calling "James Bond, Vampire Hunter," received.*  While I held slim hope that Eva Green would earn a nod for her role as Vanessa Ives (she didn't), I had high hopes that the music for the series would be nominated.  I was not disappointed.  Abel Korzeniowski's compositions earned two nominations, one for Best Original Opening Theme and another for Best Original Composition for a Dramatic Score.  I thought both were well deserved.


Next, the nominee for Best Original Composition for a Dramatic Score, Closer Than Sisters.


I quite agree with the choice; it was the best piece on the soundtrack for the first season.  It's beautiful and heartbreaking, especially if one has seen not only the episode it's from but the entire first season.  The story of the "sisters" in question is downright tragic and the music reflects it.

The only other series competing against "Penny Dreadful" in both categories is "Tyrant."  I'll have to check out its music--later, as there is lots of time until the Emmy Awards are announced on September 20th.  Until then, congratulations to Showtime and Abel Korzeniowski for the nominations and best of luck to them in the voting for the awards.

*The third was for Prosthetic Make-up for a series.  They're up against "The Walking Dead."  Sorry, vampires and other creatures, but I'm rooting for the zombies in this category.
Posted by Pinku-Sensei at 12:00 AM