'The Walking Dead' at Comic-Con, the Emmys, and the Saturn Awards 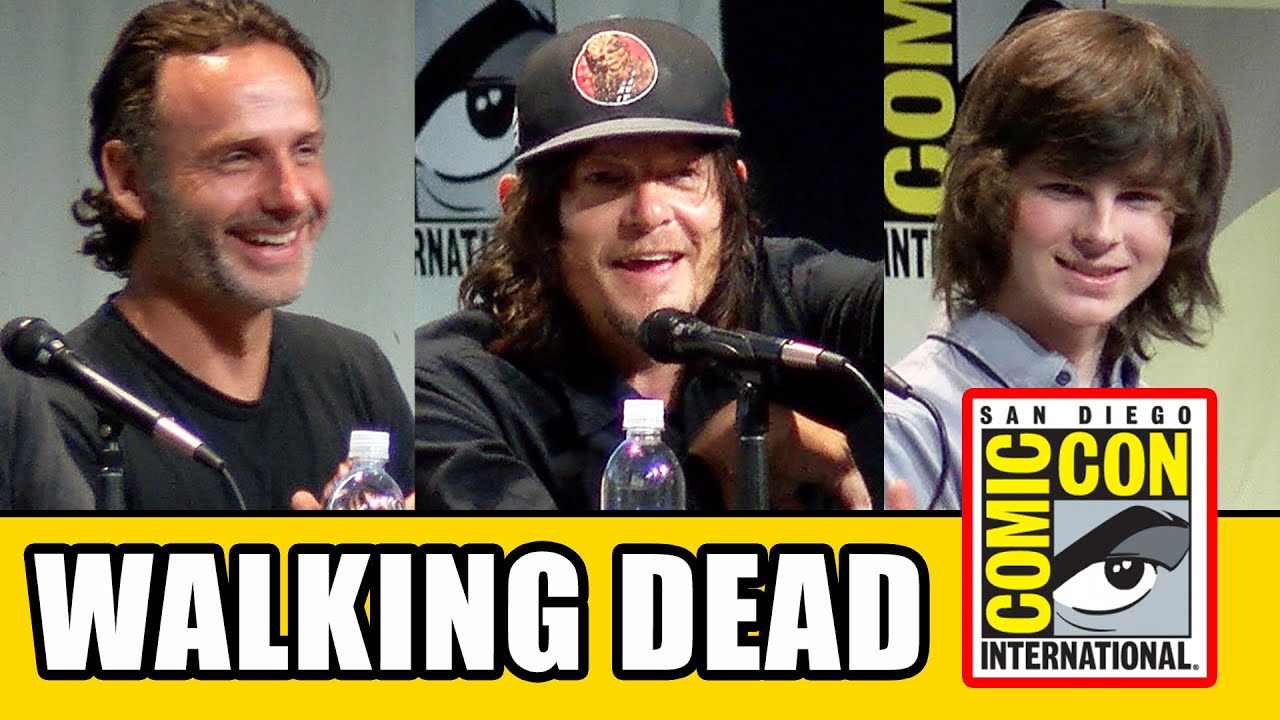 The first thread to enter the loom is Comic Con Trailer: The Walking Dead: Season 6.

It looks like infighting in Alexandria and the Wolves have Daryl!  Other than that, I've got nothing on the trailer right now other than I am looking forward to three months from now when the new season begins and I resume examining how the show develops the most important theme post-apocalyptic shows explore--"the post-apocalyptic story isn’t so much about the collapse of society’s institutions, but about what replaces them."*  I can hardly wait.

As I already mentioned, it's up against "Penny Dreadful" for that first award.  The other contenders include "American Horror Story: Freak Show," "Boardwalk Empire," "Game Of Thrones," and "The Knick."  Looks like a who's who of show I've watched.  I'm still rooting for the zombies.

In the other three categories, "Boardwalk Empire" and "Game of Thrones" join "Black Sails," "Gotham," and "Marvel's Daredevil" as the other nominees for Outstanding Sound Editing.  All of these same shows except "Black Sails," which is up for Best Visual Effects--a different category--are also contending for Best Visual Effects in a Supporting Role.  The roster is a little different for Best Stunt Coordination for a Drama Series, Limited Series, or Movie, as "The Blacklist" and "Sons of Anarchy" join "Boardwalk Empire," "Game of Thrones," and "The Walking Dead."  I'm rooting for the zombies in all of these categories, but the nominees are a good guide to shows I have watched or should be watching.

As for non-technical awards, forget about it.  As Bustle pointed out, "'The Walking Dead' has never even been nominated for an acting Emmy — only special effects, prosthetics, makeup, and more behind-the-scenes awards."  For those, I turn to the Saturn Awards.

Best Performance by a Younger Actor in a Television Series:

That's more like it, as this list reflects the kind of television my wife and I watch much better than The Emmy Awards do, although we started watching a lot of mainstream dramas, such as "The Good Wife" and "Scandal," based on awards and nominations.  Just the same, these nominees are good suggestions of what we should also watch.**


This will fill in what happened while Rick was in a coma in "The Walking Dead."  It might also explain the cause of the zombie plague.  Either way, my wife and I will be watching.

*That idea appears again in Why The Best Post-Apocalyptic Stories Are Usually Kind Of Silly by Charlie Jane Anders, who also wrote the io9 review of "Mad Max:Fury Road" that I took it from in the first place.  She pointed out something in that article I didn't know before; "Adventure Time" is a post-apocalyptic story.  Since it has an Emmy nomination, it will now the attention from me it deserves.

**The Saturn Awards cover science fiction, fantasy, and horror as well as action, so these are my kind of awards.  I can even join as a voting member.  I might do that, as it would be fun to post a ballot for a real set of awards, not just the Serious Kitten joke awards.  In addition, covering the rest of the nominees and winners would make for a good series of Sunday entertainment entries.  Stay tuned.