Examiner.com article on Trump combing in second in Michigan 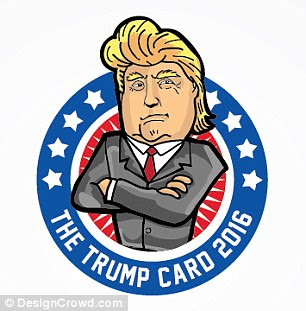 Walker leads Trump by a hair in Michigan

Wisconsin Governor Scott Walker has a mere one percent lead with fifteen percent over real estate mogul and reality television star Donald Trump and the rest of the Republican field in Michigan according to a poll released Tuesday, June 30, by Public Policy Polling.  Trump is in a three-way tie at fourteen percent with physician and Detroit native Ben Carson and former Florida Governor John Ellis "Jeb" Bush.  The rest of the Republican field has support in the single digits with Florida Senator Marco Rubio coming in closest at nine percent.

Dean Debnam, President of Public Policy Polling, said in a statement "Donald Trump's in the top tier of the Republican field for a second consecutive week in our polling.  Time will tell how long the Trump Bump lasts, but it's at least two weeks at this point."

The same survey found former First Lady and Secretary of State Hillary Clinton with a commanding lead over the Democratic field at fifty-seven percent.  Bernie Sanders came in second, far behind Clinton at twenty-five percent.  The remaining Democratic contenders fell even farther behind with support in the single digits.

The poll also found that Clinton would defeat any of the Republican candidates in Michigan by margins of three to ten percent.  Kentucky Senator Rand Paul came in closest at three percent, while Trump and Texas Senator Raphael "Ted" Cruz would both lose to Clinton by ten percent.

Not only has Trump combed in second in New Hampshire poll once, he did it three more times, once again in New Hampshire, once nationally, and now here in Michigan.  Trump as Penguin for President is kicking butt, even if Univision has fired him.  Not only am I getting mileage out of him here at Crazy Eddie's Motie News (the second and third most read entries last month were about The Donald), I'm making some money covering him at Examiner.com.  I'll make even more if my readers support my reporting by clicking on the link in the headline.

Stay tuned for a celebration of Canada Day and this month's Nablopomo theme.  Hint, it's recycled.
Posted by Pinku-Sensei at 1:01 AM