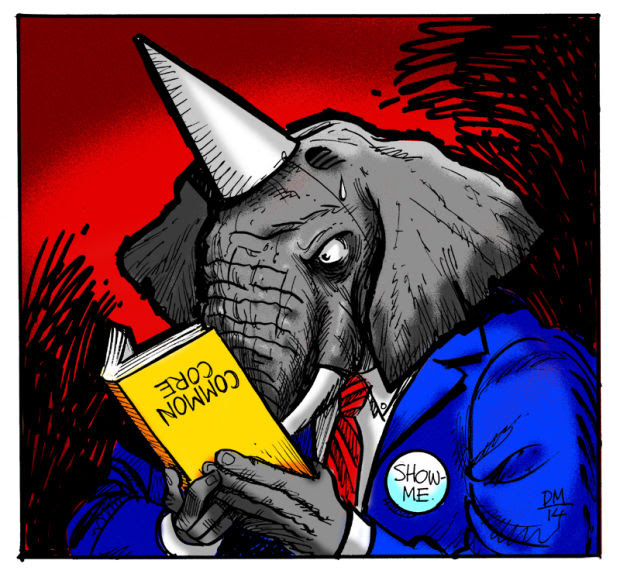 Vox on the decline of cursive mentioned how politicians have been reacting to the keyboarding standards in the Common Core curriculum by enacting requirements to teach cursive in their states.  Some politicians have reacted even more strongly against Common Core.  As Wochit reports, Republican Candidates Slam Common Core.

On the campaign trail, Republican presidential candidates vow to roll back new U.S. education standards known as the Common Core.

In the classroom, the multi-state guidelines increasingly look like they're here to stay.

Since they were adopted by 46 states five years ago, the Common Core standards have become a symbol of Big Government overreach for conservatives.

Yet despite years of effort, Common Core's critics have largely failed to repeal the standards, which aim to emphasize critical thinking over rote memorization.

Looks like another good windmill for them to tilt against.  Personally, I'm in favor of Common Core, but I find the agitation against the standards more amusing than aggravating.  That's the political lesson for today.
Posted by Pinku-Sensei at 12:00 AM