Before I could pick a drink in honor of Rick Perry for Paul Wartenberg's GOP Debate Drinking Game for 2016 But For the September 2015 Foofaraw In Particular to join the list in Drinks and drinking games for Donald Trump and the GOP debates, Proof of drinking game concept on Kasich, Drinks for the candidates in tonight's debate, and Debate drinking game rules for Carly Fiorina, Governor Goodhair dropped out of the contest.  Wochit has the report in Rick Perry to End 2016 Bid.

"I am suspending my campaign for the presidency of the United States," Perry is expected to say, according to prepared remarks announcing the end of his campaign. He said in a statement: "We have a tremendous field - the best in a generation - so I step aside knowing our party is in good hands, and as long as we listen to the grassroots, the cause of conservatism will be too."

"I share this news with no regrets. It has been a privilege and an honor to travel this country, to speak with the American people about their hopes and dreams, to see a sense of optimism prevalent despite a season of cynical politics."

That wasn't all.  Follow over the jump for Perry's parting shots at Trump, who stands to benefit from Perry's exit, and the effects on the debate.

Freed from the constraints of trying to win, Perry delivered broadsides against GOP front-runner Donald Trump and an impassioned defense of immigrants.

"The answer to a president nominated for soaring rhetoric and no record is not to nominate a candidate whose rhetoric speaks louder than his record. It is not to replicate the Democrat model of selecting a president, falling for the cult of personality over durable life qualities," Perry told the Eagle Forum in St. Louis, according to his prepared remarks. It was an oblique but unmistakable reference to Trump, whose celebrity has helped propel him to the front of the Republican pack.

"My second warning is this: we cannot indulge nativist appeals that divide the nation further. The answer to our current divider-in-chief is not to elect a Republican divider-in-chief," he said in another thinly veiled shot at Trump, who said earlier this year that Mexico is sending drug dealers and rapists to the US.

Perry didn't just excoriate Trump for stirring up the passions of immigration-minded voters, he forcefully avowed the common bonds between American citizens and unauthorized immigrants. He even framed his argument with a homage to the late Martin Luther King Jr.

"We need to get back to the central constitutional principle that, in America it is the content of your character that matters, not the color of your skin," Perry said.

Even a stopped clock is right twice a day, and yesterday Perry opened his mouth exactly when his clock matched reality.  I have to agree with everything he said about Trump because I think it's true, too.

As for who stands to benefit most for Perry's dropping out, Huffington Post reports that it's Scott Walker.

"What we will try to do is try to get support from people who supported him, and any other candidate that's next moving forward," Walker said. "If someone liked the governor, a good conservative governor that actually got things done, certainly we would be top on their list of those voters out there.

From one perspective, Walker is right.  According to the Pollster.com averages at HuffPo, Walker has 4.6% right now while Perry had 1.1%.  Adding all of Perry's supporters would raise Walker's average 24%.  On the other hand, that means he'd still have only 5.7% support.  That would break him out of a tie with Huckabee, but still wouldn't pull him ahead of Ted Cruz.  I doubt that will happen, as I expect a bunch of Goodhair's erstwhile voters will gravitate to both Cruz and Huckabee instead because of the religious leanings they share with Perry.  So sorry, Governor Recall!

As for Perry, he's giving up center stage at the early debate next week. 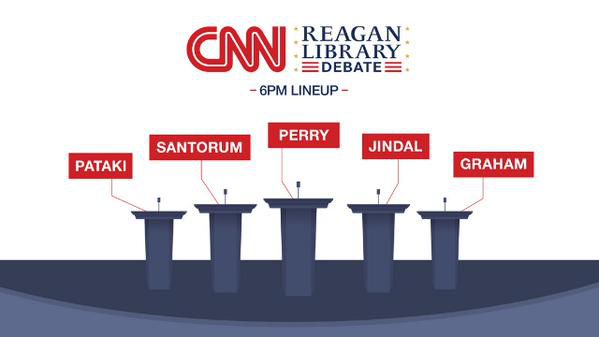 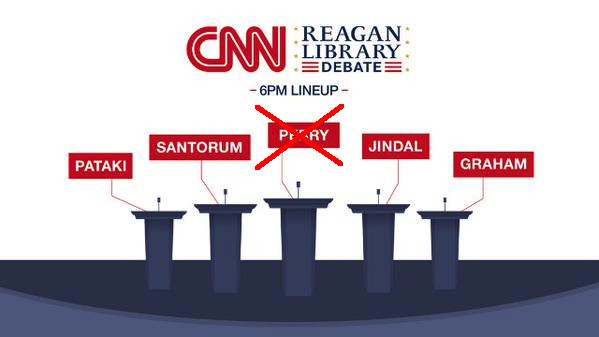 So much for coming up with a drink for Goodhair.  I'll just let Hypeline's suggestion stand.

Goodbye, Governor Goodhair!  Your departure this cycle was better than what made you memorable last time.