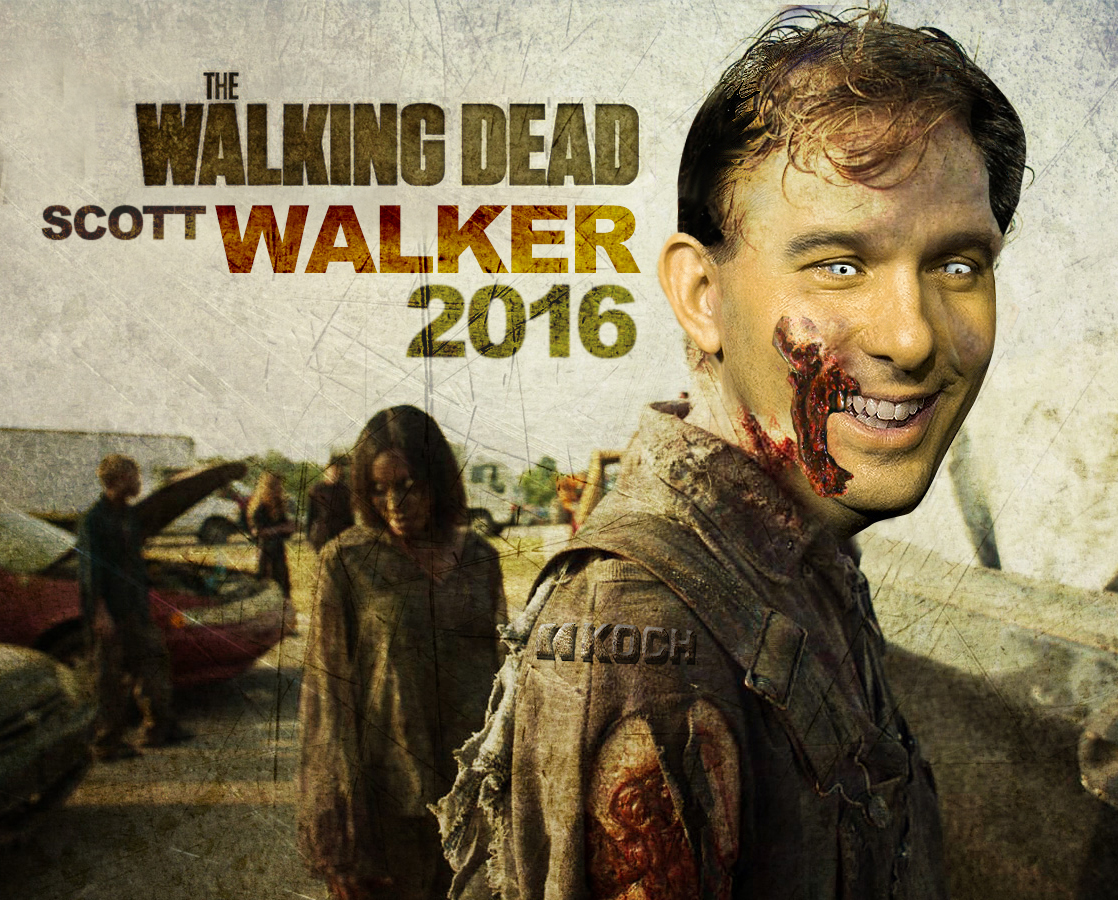 The news came this afternoon.  Vox reported Scott Walker - out of money and out of supporters - quits the race.  Much like Rick Perry, Walker took a shot at Trump on his way out.


In a brief speech clearly meant to denigrate poll leader Donald Trump, Walker cited his hero Ronald Reagan to explain his decision. "Ronald Reagan was good for America because he was an optimist," he said. "Sadly, the debate taking place in the Republican Party today is not focused on that optimistic view of America. Instead, it has drifted into personal attacks."

Wisconsin Gov. Scott Walker on Monday announced he was dropping out of the pool of GOP contenders for the 2016 presidential race.

Shorter Walker: "I'm getting out so that my support can go to someone more acceptable to the Koch Brothers than Donald Trump."  Nice thought, but Walker has lost so much support already that he's at one percent in a national poll of people who watched the second debate and has fallen from first place in Michigan in June to tenth, even before the second debate.  His support has already gone elsewhere, most likely to someone like Carly Fiorina instead of someone like Kasich, Rubio, or Jeb!  Walker's sacrifice will not mean much by itself, just like Perry's hasn't done much to dent Trump's lead.

As for my reaction, as I wrote in a comment at Michigan Liberal, I thought he'd last until the Iowa Caucuses, but I guess losing support and running out of money has convinced him to give up early.  That written, I'm glad he's gone.  I've never liked Governor Recall and found him to be the candidate most threatening to me.  I'm an educator and union member, two categories that he beat up on in Wisconsin.  Fortunately, it looks like he won't be able to export his bad solutions.  Good riddance!
Posted by Pinku-Sensei at 1:57 AM