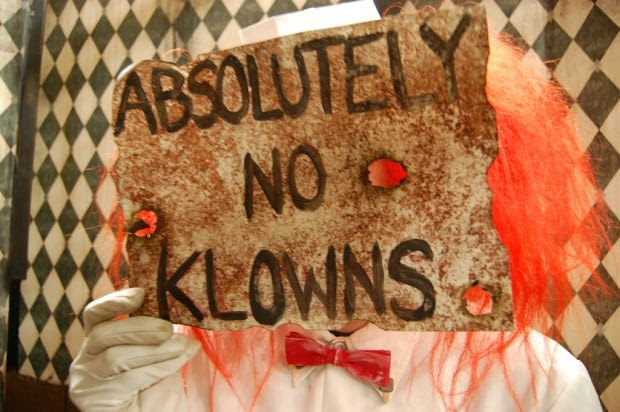 In a footnote to Drinks for criminal clowns, I wrote that "I might get around to examining the phenomenon more seriously later, including the clown sightings and actual crimes reported here in Detroit."  Sometimes, if I wait long enough, someone does most of the work for me.  In this case, Vox made things easy for me in America’s creepy clown craze, explained.

Clown sighting pranks have happened since the 1980s — but never quite like this.

Vox has much more on the phenomenon in The great clown panic of 2016 is a hoax. But the terrifying side of clowns is real.  So, chill.  Real clowns aren't out to get you, just pranksters, hoaxers, and attention seekers who want to scare you, along with a few criminals who are wearing clown masks instead of ski masks while they commit the crimes they'd likely have perpetrated anyway.
Posted by Pinku-Sensei at 8:53 AM