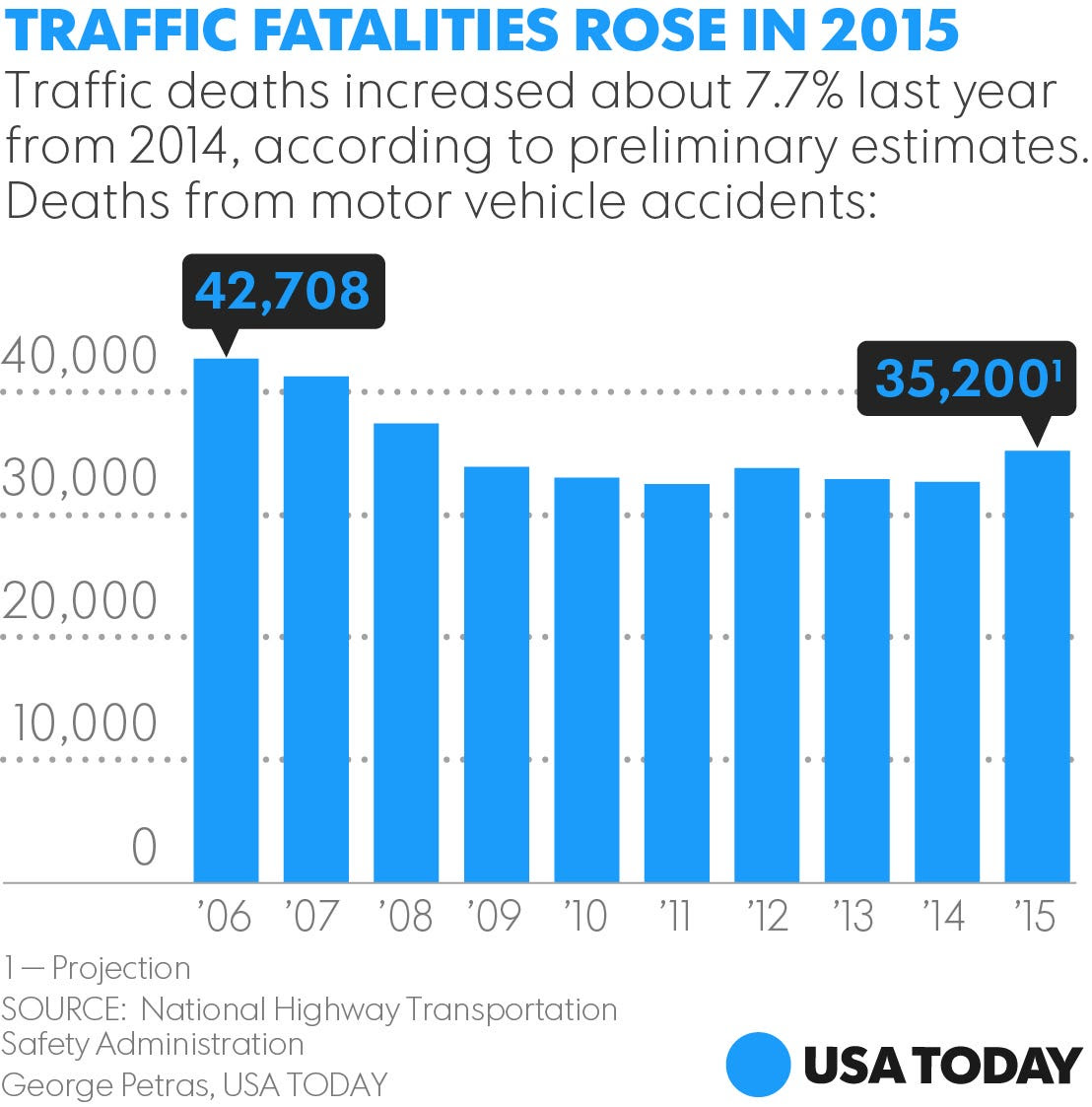 I expected more traffic deaths because of Americans driving more and my prediction was confirmed in May when I posted Traffic deaths up in 2015.  Americans have continued to drive more, so I wasn't surprised to see that traffic deaths have increased along with miles driven.  Wochit has the story in U.S. Traffic Deaths Up A Dangerous 10.4 Percent.

Federal officials said Wednesday, U.S. traffic fatalities rose by an estimated 10.4 percent in the first half of this year. They continued an upward trend that started in late 2014 as the economic recovery accelerated.

The Transportation Department released the preliminary estimate at a conference of government agencies. They include the National Safety Council and other safety groups which announced an ambitious goal of eliminating traffic deaths and injuries in the United States within the next 30 years.

Mark Rosekind, head of the National Highway Traffic Safety Administration, said, "We have an immediate crisis on our hands, and we also have a long-term challenge."

Newsy has more on both the plan to reduce traffic deaths* as well as possible causes of the increase in US officials want to eliminate traffic deaths.

A new report found traffic fatalities have jumped by more than 10 percent during the first half of 2016.

For more on this story, read Highway deaths jump; blame texting and better economic times from the Detroit Free Press, but available on WZZM's website.  If current trends hold, the U.S. is on the way to 35,500+ traffic deaths this year.  That will certainly be more than gun deaths this year.

*Eliminate in 30 years?  Not going to happen, not even if we go to all self-driving cars.  Still trying to get to zero traffic deaths is a worthy effort, even if getting all the way there is unreachable.
Posted by Pinku-Sensei at 9:39 AM