KPBS on the zombie apocalypse 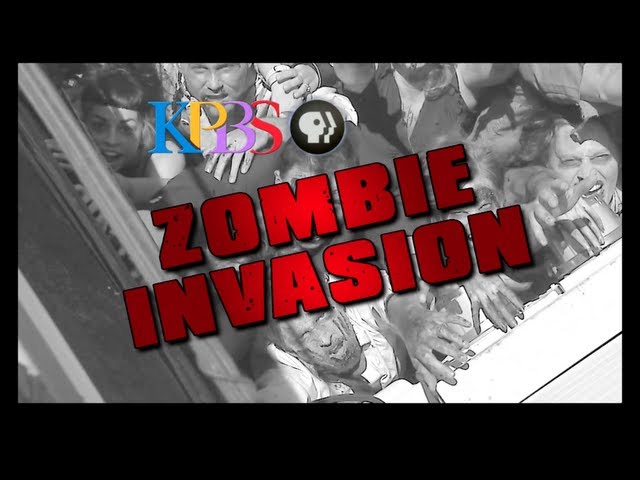 I concluded Dancing German witches for Halloween by telling my readers "Stay tuned for Entertainment Sunday.  Since "The Walking Dead" is on and it's Halloween weekend, expect zombies."  That turned out to be an easy promise to make, as I had just seen REI's Zombie Preparedness Class from KPBS pop up on my YouTube feed.

In the case of a zombie apocalypse you’ll need to know more than just aim for the head. KPBS arts reporter Beth Accomando says that’s where REI's Zombie Preparedness Class comes in.

This wasn't the first time KPBS explored the idea of using the zombie apocalypse to explore contemporary anxieties, an angle I've been pursuing since I posted Discovery News on World War Z three years ago.  Follow over the jump for three more videos from San Diego's PBS affiliate on the topic of zombies.

The earliest video I could find was Not Guilty Due to Zombification? Law and Forensic Psychiatry in a Zombie Apocalypse from July 2013.

Nothing like having San Diego Comic-Con in one's backyard every summer to make it easy to cover pop culture.

Apparently, 2014 was a banner year for zombies in academia, as KPBS covered two stories on the subject.  The first of the pair was SDSU Offers Its First Zombies Class To Reanimate Students.

This clip explains why I mention my interest in "The Walking Dead" to my classes; it interests my students.

Finally, zombies confront reality in Zombies Versus Real Science: Which Is Scarier?

I wonder how Ms. Accomando felt about covering three zombie stories in two years.  I hope she thought it was fun and interesting.

That's it for today's examination of how the zombie apocalypse is a fun way to explore serious issues.  Enjoy tonight's episode of "The Walking Dead," in which we get to see what's on the other side of the looking glass.