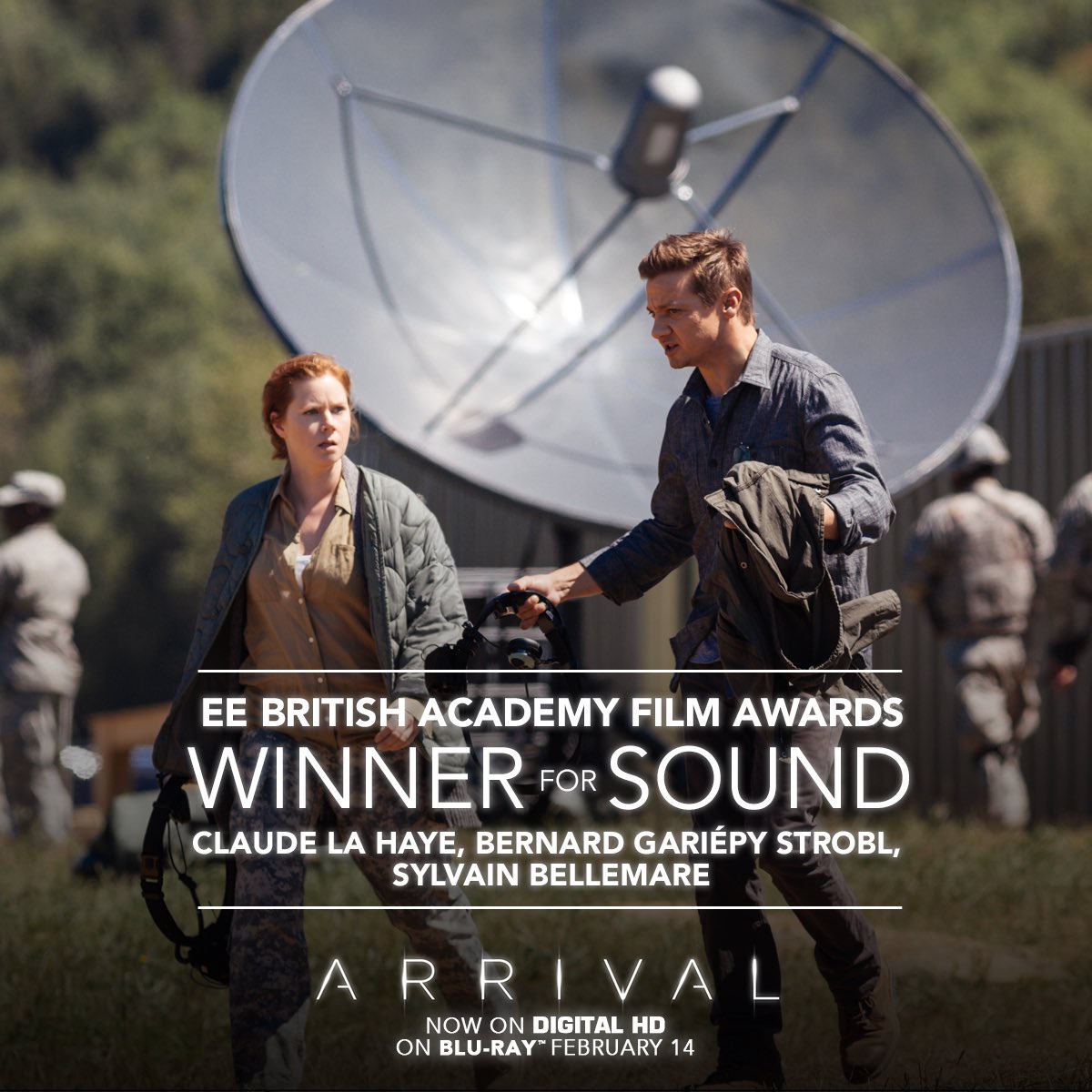 The most nominated speculative fiction film at the BAFTA Awards was "Arrival" with nine nominations.  It managed to win only one category: Arrival wins a BAFTA for Sound.

Sylvain Bellemare, Claude La Haye and Bernard Gariépy Strobl collect the award for Sound for their work on Arrival.

I thought "La La Land" or "Hacksaw Ridge" would win this category.  I'm glad I was wrong.

Anna Pinnock and James Hambridge collect the award for Production Design for their work on Fantastic Beasts and Where to Find Them.

The team behind the Jungle Book receive the award for Special Visual Effects at the EE British Academy Film Awards in 2017.

Congratulations for winning against such stiff competition!

Kubo and the Two Strings director Travis Knight collects the award for Animated Film at the EE British Academy Film Awards in 2017.

In the interview, Knight is just as surprised as I am, as he beat three films by either Disney or Pixar.

I mentioned that the Farsi-language horror film "Under the Shadow" was nominated for Outstanding British Film.  It didn't win that (the award went to "I, Daniel Blake" as I expected), but it was nominated for another award that I missed on Saturday, which it won: Under The Shadow wins Outstanding Debut.

Under The Shadow creators collect their award for Outstanding Debut.

Finally, here's a category I completely missed, the Rising Star Award.  I didn't realize that one of the actors is the current Spiderman and he won: Tom Holland wins EE Rising Star award.

With that, every part of speculative fiction, science fiction, fantasy, horror, and superheroes, were all recognized.  That's a very good night!

I might return to the BAFTA Awards to highlight diversity in a future post, but that won't happen tomorrow.  That belongs to music and the Grammys.  Stay tuned.