Speculative fiction movie and television commercials at the Super Bowl 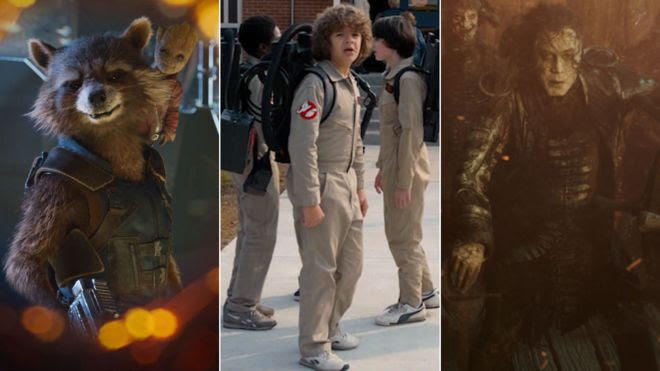 At the end of Super Bowl drinks from Tipsy Bartender and others, I wrote that "I might have something about the live acts, including Lady Gaga and the Crossmen Drum and Bugle Corps, later this week."  I changed my mind, although if my readers want to see the performance and read a commentary, Vox can oblige them, although they neglected to mention Cypress Independent Color Guard spinning and tossing for two numbers.  That's my contribution to the discussion.

Instead, I'm writing about the commercials, like I've done before.  I was tempted to blog about the politics of some of them, but Vox beat me to that, too.  Darn.

No, my focus today is on the movie and television shows advertised at the game, nearly all of which are for speculative fiction shows.  Here is a clip that has all of them in one place.  How convenient!


The speculative fiction movies ads are for "A Cure for Wellness," "Ghost in the Shell," "Guardians of the Galaxy, Vol. II," "Life," "Logan," "Pirates of the Caribbean: Dead Men Tell No Tales," and "Transformers: The Last Knight," while the television show preview is for "Stranger Things 2."  It looks like another good year for the kinds of movies and shows my wife and I like.

Yes, Vox has its own previews of the movie ads and television show spot, but I wasn't going to let them have all the fun!
Posted by Pinku-Sensei at 8:36 AM