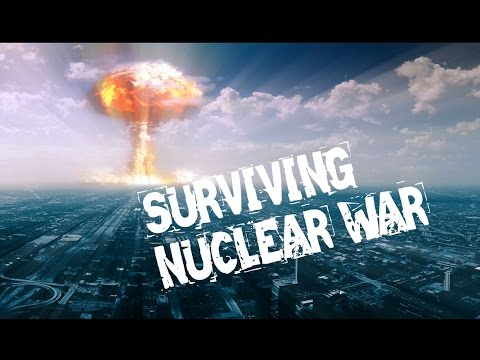 Two videos on nuclear war were trending the same day that Trump helped move the Doomsday Clock 30 seconds closer to midnight.  I don't think that was a coincidence.  As a doomer blogger, I'd be remiss if I didn't share them and make the connection.

The first was from ASAP Science, What If We Have A Nuclear War?

What would happen if a nuclear weapon was dropped near you?

The answer is you'd probably die.

The second is from ASAP Science's sister channel, ASAP Thought, How To Survive a Nuclear War.

What should you do if a nuclear bomb is dropped near you?

The answer is put your head between your legs and kiss your ass goodbye.

Seriously, these are good videos given the subject.  Nuclear war scared me as a kid in the 1960s and 1970s, so I responded the way I knew best; I researched it.*  Yes, I was something of a doomer even back then.  Everything in these videos is consistent with what I remember finding out about the subject more than 40 years ago, so it's probably among the best advice available.

This concludes your daily dose of DOOM!  Stay tuned for something lighter tomorrow, as it's Groundhog Day.  I can't be all DOOM all the time!

*I was still scared as a young adult in the 1980s.  As I wrote in Doomsday Clock advanced to 11:57, "From 1984-1988, I gave thanks at the UCLA-USC football game that I got to see another year.  I was that worried about nuclear war ending civilization."  I have a feeling I'm going to find some other annual event to do that now.
Posted by Pinku-Sensei at 8:52 AM