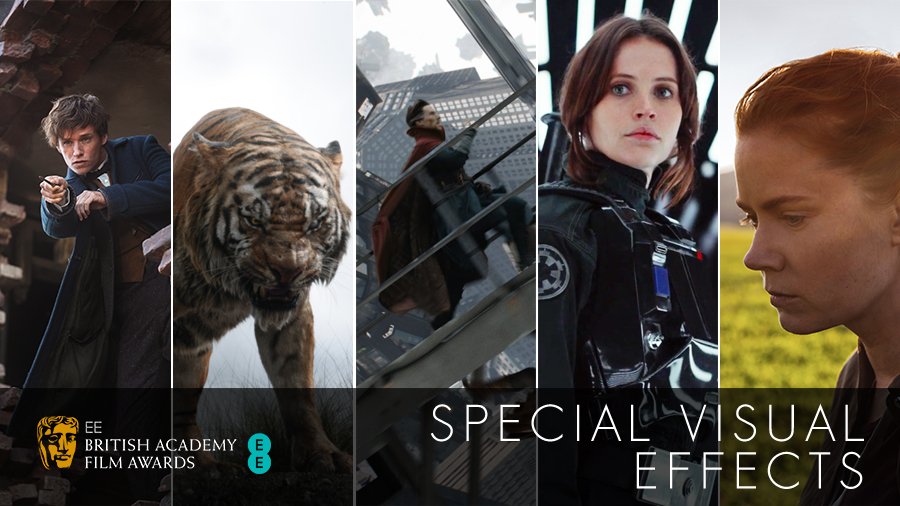 I promised I would write about the speculative fiction entries among the BAFTA nominees at the end of Speculative fiction at the 2017 SAG Awards.  Since the awards ceremony is tomorrow, it's time to post that entry before it turns into a pumpkin.  Besides, I've had enough of DOOM, gloom, and Trump -- but I repeat myself.

"Arrival" is the second most nominated film at the BAFTA Awards with nine nominations, including Best Film, Best Director for Denis Villeneuve, Adapted Screenplay, Leading Actress for Amy Adams, Original Music, Cinematrography, Editing, Sound, and Special Visual Effects.  It is behind only "La La Land" with eleven nominations and tied with "Noctural Animals," which is the most nominated movie not in contention for Best Film.  It's also well ahead of the other speculative fiction nominees, the next most nominated of which, "Fantastic Beasts and Where to Find Them," is up for five awards, just over half as many.

BAFTA itself wondered how good the film is in Was Arrival the Best Film of last year? | Our panel discuss the BAFTA Best Film nominations 2017.

The answer was very good with special praise for Amy Adams for her acting, Denis Villeneuve for his direction, Jóhann Jóhannsson for his score, and Bradford Young for his cinematography.  Unfortunately, the film is competing against "La La Land" in all those categories, so I'm not optimistic about it winning them.  On the other hand, it does not face "La La Land" for Best Adapted Screenplay and Special Visual Effects.  There, its stiffest competition would likely be "Hidden Figures" for Adapted Screenplay and just about every other movie nominated for Special Effects.  Yes, the competition is that stiff in the category.

The next most nominated speculative fiction movie is "Fantastic Beasts and Where to Find Them" with five nominations, Outstanding British Film, Production Design, Costume Design, Sound, and Special Visual Effects.  I'm pleased that it's so well recognized, but I doubt it will win any of the categories, likely losing to "I, Daniel Blake" for Outstanding British Film and "La La Land" for the design and sound categories, while facing stiff competition for Special Visual Effects.

Speaking of Visual Effects, the other nominees are "Rogue One: A Star Wars Story," "Doctor Strange," and "The Jungle Book," the first two of which are also nominated for Best Make-up and Hair.  No surprise, the speculative fiction films completely own special effects, so any one of them will be a victory for the genre. 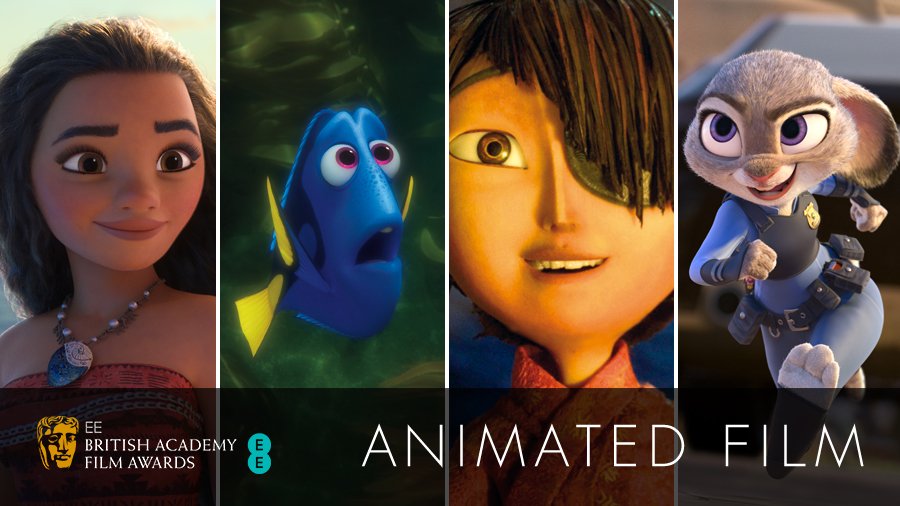 The other category completely owned by speculative fiction films is Animated Film, where the nominees are "Finding Dory," "Kubo and the Two Strings," "Moana," and "Zootopia" under its British title "Zootropolis."  I'll go with the crowd and root for "Zootopia."  I don't think I'll go wrong.

Jason Solomons, Rhianna Dhillon and Danny Leigh give their take on the films nominated for Outstanding British Film - American Honey, Denial, Fantastic Beasts and Where to Find Them, I, Daniel Blake, Notes on Blindness and Under The Shadow.

After watching this clip, I changed my pick in this category from "Denial" to "I, Daniel Blake."  After all, it is the only movie also nominated for Best Film.
Posted by Pinku-Sensei at 12:00 AM