Winners of the first Coffee Party Entertainment Awards for movies 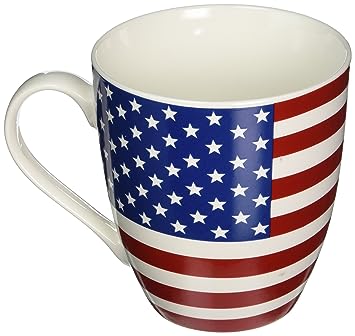 It's March 18th, and the volunteers of Coffee Party USA have finished voting on the 2017 Coffee Party Entertainment Awards for Movies in four categories plus a special award.  As a reminder, here at the nominees for Best Drama or Comedy about Politics or Government of 2017 (Best Political Scripted Movie for short).

In lieu of an acceptance speech, here is its trailer.

Steven Spielberg directs Meryl Streep and Tom Hanks in The Post, a thrilling drama about the unlikely partnership between The Washington Post’s Katharine Graham (Streep), the first female publisher of a major American newspaper, and editor Ben Bradlee (Hanks), as they race to catch up with The New York Times to expose a massive cover-up of government secrets that spanned three decades and four U.S. Presidents. The two must overcome their differences as they risk their careers – and their very freedom – to help bring long-buried truths to light.

The American Film Institute had the following to say about the movie when the AFI awarded it Film of the Year for 2017.

THE POST demands America remember a time when heroism was the headline. Steven Spielberg's inarguable place in the pantheon is further etched in granite by the mastery of craft exhibited in this heart-pounding ode to journalism. Guided by Liz Hannah and Josh Singer's words in print and Tom Hanks' embodiment of Ben Bradlee, Meryl Streep captures the insightful ferociousness of Katharine Graham, proving that the fight for truth, justice and the American way is not the purview of superheroes, but fearless women and men willing to do what is just - for without them, democracy dies in darkness.

Coffee Party USA and AFI were not the only organizations to award "The Post" some form of Best Picture.  It won The Most Valuable Movie of the Year from the Cinema for Peace Awards, National Board of Review, USA awarded it Best Film, and the Washington DC Area Film Critics Association Awards bestoyed Best Portrayal of Washington, DC.  Its virtual award for Best Drama or Comedy about Politics or Government looks to be in good company.

A funny thing happened to Best Portrayal of a Government Official in a Film during 2017 between the announcement of the nominations and today.  Because I accepted the nomination of Francis McDormand's character Mildred in "Three Billboards Outside Ebbing, Missouri," the possibility existed that an activist, not a government official, would win the category, invalidating the title.  Consequently, the volunteers and I decided in the even of that happening, the award name would be changed to Best Performance by an Actor in a Political Film and the Best Portrayal of a Government Official become a special award.  Before I announce whether that happened, here are the nominees.

And the winners are...

...Francis McDormand as Mildred in "Three Billboards Outside Ebbing, Missouri" for Best Performance by an Actor in a Political Film and Gary Oldman as Winston Churchill in "Darkest Hour" for Best Portrayal of a Government Official.  These awards can join all of their accolades for Best Actress and Best Actor.  Let it be known, however, in a head-to-head contest between the two, the woman won.  There's a moral in there, somewhere.  Also, when I wrote "Next year, there will be a separate category for activists in film," it happened a year earlier than I expected.  There's a lesson there, too.

Moving on to documentaries, the nominees for Best Documentary about Politics or Government of 2017 are:

And the winner is "Saving Capitalism." This is the first award for "Saving Capitalism."  It beat an Oscar winner ("Icarus"), two Oscar nominees ("Last Men in Aleppo" and "Strong Island"), an Emmy winner ("LA 92"), and the winner ("An Inconvenient Sequel") and one of the nominees ("Chasing Coral") of the Environmental Media Association Awards.  Congratulations!

Robert Reich, the Former Secretary of Labor of the United States, examines America’s fragile democracy and its fight for survival; as income and wealth go to the top, more Americans are left behind. Now it’s up to those ordinary Americans to change the rules.

When I wrote about the strength of last year's documentaries, "Saving Capitalism" was not among them.  Now, it is, thanks to the volunteers of Coffee Party USA, who nominated it and voted for it.

It's time to be a good environmentalist and recycle for the last category.

And the winner is Former Labor Secretary Robert Reich.  Congratulations, you beat a president and two popular vote winners, to say nothing of a current U.S. Representative!  With that, "Saving Capitalism" has gone from no awards to two.

That's it for the Coffee Party Entertainment Awards for movies.  The volunteers and I plan on doing this for television shows in August and September.  Stay tuned.