I promised a more serious post to begin March.  Vox provided exactly the topic for a serious entry with How Pennsylvania rigged its electoral map.

Partisan gerrymandering is rampant in America.
...
Every ten years, America readjusts its voting districts. Which state you live in determines a key aspect of that prospect: who draws the map?
In most states, politicians get to control that process. That can sometimes lead to political gamesmanship from both parties.
In early 2018, the state of Pennsylvania’s Supreme Court found that the latest redistricting plan set up voters with a politically biased voting map. Which made it easier for one party to win representation in the national body of lawmakers.
The implications of this discovery are significant. A new map could be a part of a shift in the balance of power in the United States.
...
Pennsylvania is just one example of extensive partisan gerrymandering in the US, but redrawing this one state map may have big ramifications for the the 2018 midterm elections.

Vox has much more on its site in What Pennsylvania’s new congressional map means for 2018, including the map below. 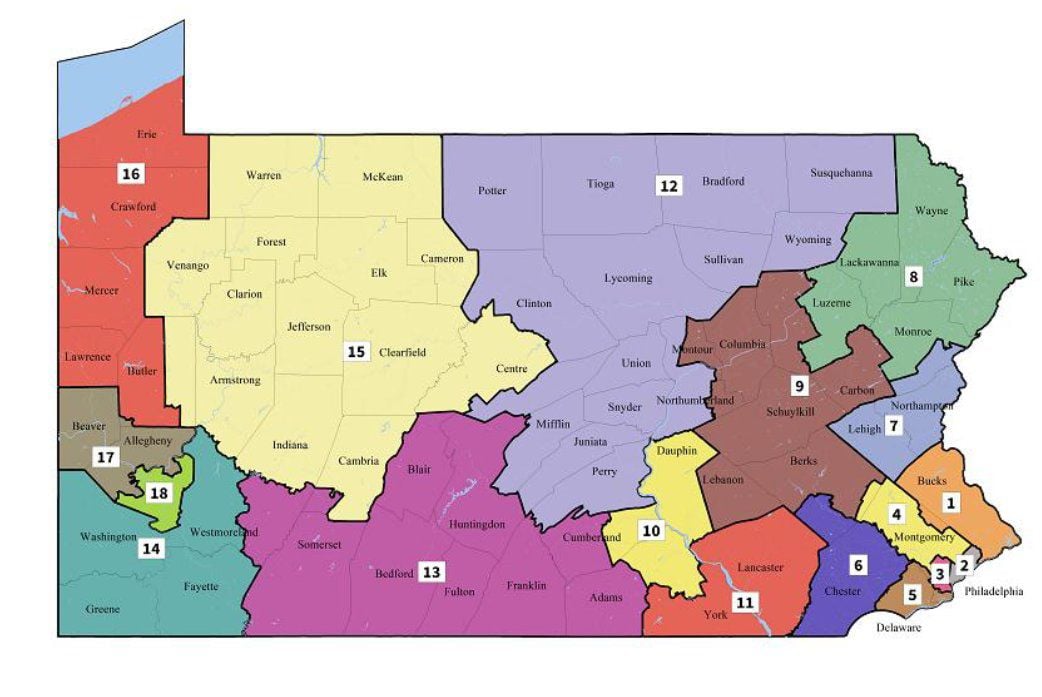 I have written before about what Vox has said about redistricting in John Oliver and Vox examine gerrymandering, Vox explains the gerrymandering cases before the Supreme Court, and Vox explains how proportional representation can solve gerrymandering and help minor parties, so this isn't the first time I've used their work to examine the issue.  I'm sure it won't be the last.
Posted by Pinku-Sensei at 8:09 AM