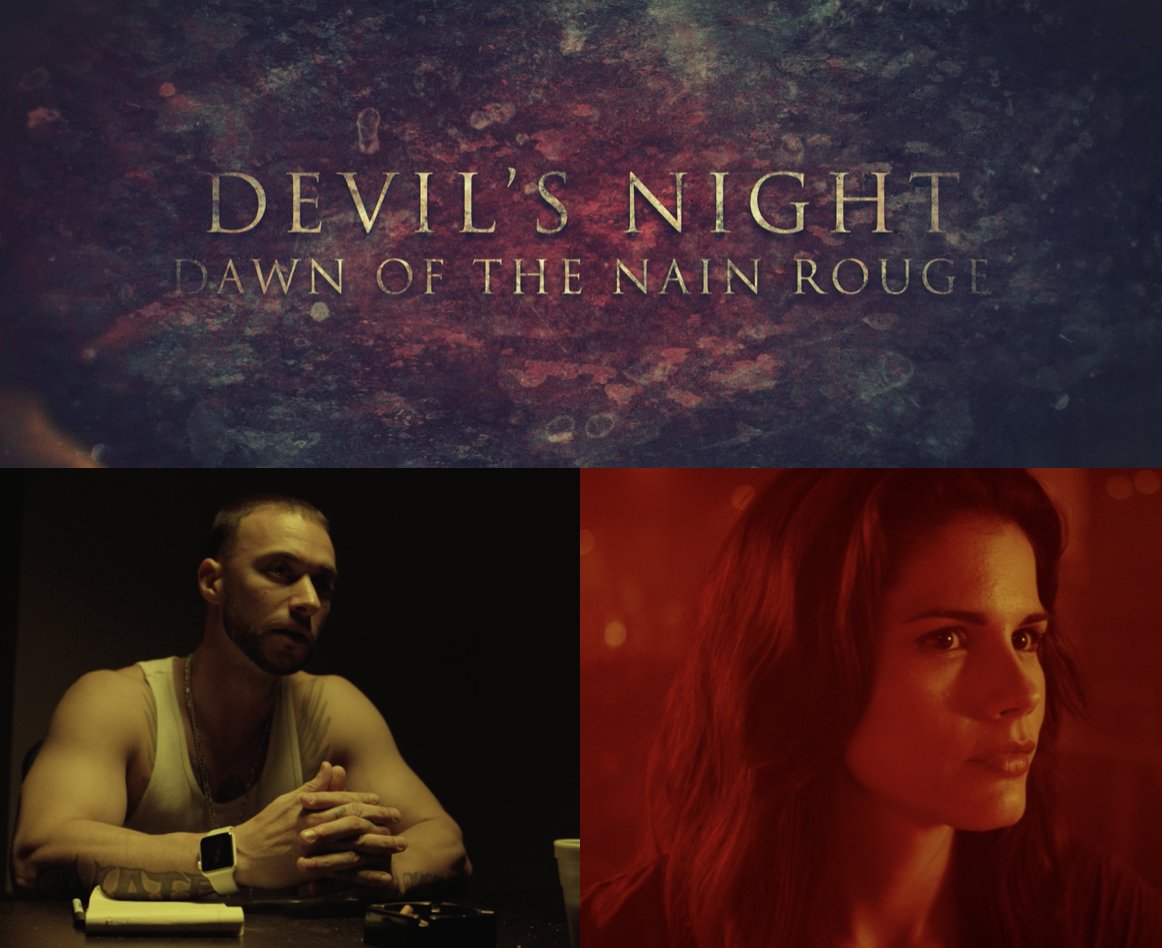 Today is the Marche du Nain Rouge.  Last year, as MLive showed, it looked and sounded like this.


Hipster Nain is such a jerk.  Note of all the threats and insults he makes, the one that got the marchers most upset was preventing the Stanley Cup from returning to Detroit.  He should know not to mess with people's entertainment, whether it's the Red Wings, the fireworks show, or the parade.  Then again, his remark and the reaction to it did highlight our screwed up priorities, so it wasn't completely useless.


WXYZ couldn't resist a second bite of the apple, especially when a sibling of a local celebrity is involved.  See what I mean in Eminem's brother starring in new movie about the Nain Rouge.

The Nain Rouge is a mystical creature that has haunted Detroit for more than 300 years. A local movie producer has taken that legend and created a modern twist in a new film, starring Eminem's brother Nathan Mathers. "Devil's Night: Dawn of the Nain Rouge" takes the legend of a the ominous red dwarf and puts it in today's world.

First, I'm surprised to hear Caroline Clfford say she does not know about the Nain Rouge; WXYZ has been covering the Marche du Nain Rouge for years.  Second, if the Nain Rouge is the villain, this won't be a crime thriller; it will be a horror movie.  That just means it's even more on topic for this blog.  Third, the movie won't likely come out this spring; IMDB lists it as 2019.  I hope it's worth the wait.

I complete the circle by returning to MLive with On the set of "Nain Rouge" movie shooting in Michigan.

We talked with lead actress Jesi Jensen on set about her training with Lake Orion PD for the movie.

Looks like she had a fun time filming as well as earning the respect of the Lake Orion police chief.  Also based on her IMDB page, it looks like this isn't the only speculative fiction film she's starred in.  I expect to see more of her in the future.

That's it for the Nain Rouge for this year unless the film actually comes out when the director says it will or the city suffers a disaster that causes the real red dwarf to make an appearance.  The former would be O.K. with me; the latter, not so much.