Update to 'Vox explains how proportional representation can solve gerrymandering and help minor parties,' the second most read entry for the seventh year of Crazy Eddie's Motie News, plus minor parties

The second most read entry of the seventh year of the blog was Vox explains how proportional representation can solve gerrymandering and help minor parties, posted November 9, 2017.  It ended the blogging year with 12,974 raw page views, 12,714 according to the default counter.  It was the first entry to earn more than 10,000 page views the year it was posted and was the number one post between December 2, 2017 and March 4, 2018, when Suit against John Oliver and HBO dismissed passed it to claim the top spot.

Before I explain how this entry climbed to number one and stayed there for three months, I'm will do the same thing here that I did in Update to 'Suit against John Oliver and HBO dismissed,' top post for the seventh year of Crazy Eddie's Motie News, following up with an update to the subject of the original post.  Fortunately, three articles about using proportional representation in the U.S. were published just this month.

The first one by David Wassel in The Hill, asked What is to be done with congressional districts? Try proportional representation in response to the lawsuit fighting gerrymandering in Pennsylvania.

But maybe districts themselves are the problem. Fortunately, an alternative is available: proportional representation. It’s an idea that is beginning to attract the attention of more and more political commentators, grassroots groups and others. Under this system, both major parties (as well as minor ones) might pick slates of 18 nominees in regional geographic primary elections. Instead of voting for one representative in 18 separate districts, a statewide congressional election would be held with each voter casting votes for up to 18 candidates from the various slates. In Pennsylvania, we do this in judicial elections when there are multiple court openings. The number of seats awarded to each party would be determined by the percentage of the vote received by that party, statewide.
...
Proportional representation offers an opportunity to remove politics as much as possible from this particular process while injecting some much-needed clarity and certainty.

Are there problems with this proposal?  Of course; nothing is perfect and, as with drawing districts, there are always trade-offs. But this system is both fairer and more reflective of actual voter intent. It would eliminate, instead of just minimizing, the wasted votes because partisan voters are overwhelmingly concentrated in particular districts. And how better to address the problem of unfair advantage, the basis of the court’s decision to scrap the old map?

The biggest difficulty is political feasibility. Vested interests will cling to status quo, or make cosmetic changes, at best. Anything new is always frightening. But the voters in Pennsylvania deserve an intelligent and workable solution to this problem — one that might become an example for other states facing such challenges.

This week the US Supreme Court hears a case concerning the constitutionality of partisan gerrymandering in Maryland. Examining current, past, and alternative electoral maps, Alex Keena, Michael Latner, Anthony J. McGann, and Charles Anthony Smith find that by making districts more competitive, some redistricting plans can actually work against one party or the other. Only the introduction of proportional representation with multi-member districts, they argue, would mean a truly fair electoral system for Maryland.
...
The last alternate, PR plan, divides Maryland into two districts, with district one containing five seats, and district two containing the other three seats.  The larger district includes the more heavily populated region of the state.

Using a neutral electoral formula for seat allocation (one that does not provide a bonus to the largest party), this system would assure two seats to Republicans (assuming two party competition), and would nearly assure them a third seat in the larger district, for a total of 38 percent of the seats, about as proportional as you can get (responsiveness is trickier to estimate for multi-seat districts and is excluded from the table, but it is insignificant, given the low disproportionality).  Moreover, every voter contributes to their party’s seat share.  The votes of rural Democrats and urban Republicans are as valuable as anyone else’s, and racial groups don’t need to be packed into districts to have an equal and effective voice in choosing representatives.

Maryland’s Democratic gerrymander is an excellent case for understanding the dynamics of disproportionality.  Still, it is highly unlikely that a majority of Supreme Court Justices will recognize the direct connection between individual political equality and greater proportionality, indeed greater proportionality than our current electoral system can provide.  But the Justices have before them two clear cases of extreme partisan gerrymandering, each designed by the other political party.  And they have a discernable and manageable standard, symmetry, which provides direction to how the problem might be remedied.   We hope that all voters, regardless of partisan preference, are soon relieved of the very real discrimination that gerrymandering causes.  And we hope that one day soon, party leaders will consider the electoral remedies available to them to advocate for greater political equality.

The authors note one problem with proportional representation in the U.S. House of Representatives but mention a solution.

The Fair Representation Act includes ranked-choice voting in addition to proportional representation in multi-member districts.**  So do two plans from California.  Follow over the jump for those.

While there are a variety of PR systems, all have two key ingredients: you must elect more than one person from a district, and you must allocate the winners in direct proportion to the vote. In the system Santa Clarans will consider, the single transferable vote (STV) form of ranked choice voting, you rank the candidates you want to vote for in the order you prefer. If your first choice isn’t elected, your vote transfers to your next choice candidate, hence you have a single transferable vote.

While STV may seem new and different, it was used widely in the United States in the first half of the 20th century. In fact, it was so good at getting political and ethnic minorities elected to city councils—African Americans were elected in Cincinnati, socialists were elected in New York City—that it offended the white power structures of those communities, who didn’t want to hear from alternative points of view. After World War II, they used red-baiting and racism to drive various repeal efforts. Today STV is still used in Cambridge, Massachusetts. STV is also used in Australia and Ireland.

To turn both the House and Senate completely over to proportional representation, you're right; it would require a constitutional amendment.  However, there is nothing in the Constitution preventing individual states from selecting their U.S. Representatives this way.  What might stand in the way of that is the Voting Rights Act, which places restrictions on multi-member districts.  Matthew Yglesias addresses this in the Vox article by hand-waving it away.

Questions about representation for ethnic minority groups or communities of interest are taken care of exactly the way they should be — from the bottom up by voters and parties. If Latinos want to vote for fellow Latinos, then they will end up being represented by Latinos in proportion to their numbers. Or if Latino identity loses salience relative to other factors (ideology, geography, socioeconomic class, whatever) they won’t be.

I'm not that sure it will be quite that easy, but at least he's not completely ignoring the issue.

Chessin addresses the problem head on with examples, which is better than Yglesias trying to hand-wave it away.  Speaking of examples, ranked-choice voting is what gave Ann Arbor its first and so far only African-American Mayor, Albert Wheeler.  After that happened, the city's Republicans eliminated it.  Funny how that happened.

The next proposal isn't for a single city.  It's for the entire state.  Watch Proportional Representation for California State Legislature presented to El Cajon City Council.

I don't think it's a coincidence that a minor party candidate is promoting this in California.  The Golden State has a top-two open primary system, which effectively shuts out minor parties from appearing on the general election ballot.  A combination of proportional representation and and ranked-choice voting is probably the only way the Greens, Libertarians, and other minor parties in California can ever have a chance of their candidates actually being elected to office.  That written, it's still not a bad idea.

Now for the details of how Vox explains how proportional representation can solve gerrymandering and help minor parties got its page views and high place on the all-time list.  Before being shared at the Join The Coffee Party Movement Facebook page at 11 P.M on November 30, 2017, this post had 142 raw page views.  It earned 2992 default page views in the first two hours and 8970 in the first 24 hours after being shared.  It helped attract 2,176 page views to the blog the first hour it after was shared and 1,070 the second hour.  It was the main contributor to the 9,756 page views the day it was shared, a record at the time.  It passed "Federal judge orders Michigan recount to begin today" with 3875 default page views about 2 A.M. on December 1, 2017.  Before 7 A.M., it passed "'Last Week Tonight With John Oliver' leads variety talk shows at the Primetime Emmy Awards" with 4091 page views, "The Michigan recount is on!" with 4155, "A 51st star for Puerto Rico on Flag Day" with 4238, and "Michigan recount still on as Trump fails to stop it while Schuette still trying" with 4892 to rise to fifth place on the all time top ten list.  Between 9:30 and Noon, it passed "John Oliver on feelings over facts and Colbert on Trumpiness" with 6059 default page views to reach fourth.  Around 2 P.M., it leaped over "Trump thinks Sanders is the right enemy" with 7072 default page views to become the third most read entry of all time.  Between 5:00 P.M. and 6:00 P.M, it sped past "Last Week Tonight examines Clinton and Trump foundations after winning three Emmy Awards" with 7947 page views to reach second place on the all time list.  Finally, it passed "Doctors to Congress: Fund gun violence research at the CDC and NIH" about 1:30 P.M. on December 2, 2017 to become the most read entry in the history of the blog.  It maxed out its default page views with 12,750 on December 8, 2017.  It ended December with 12,714 page views as the most read entry of the month. 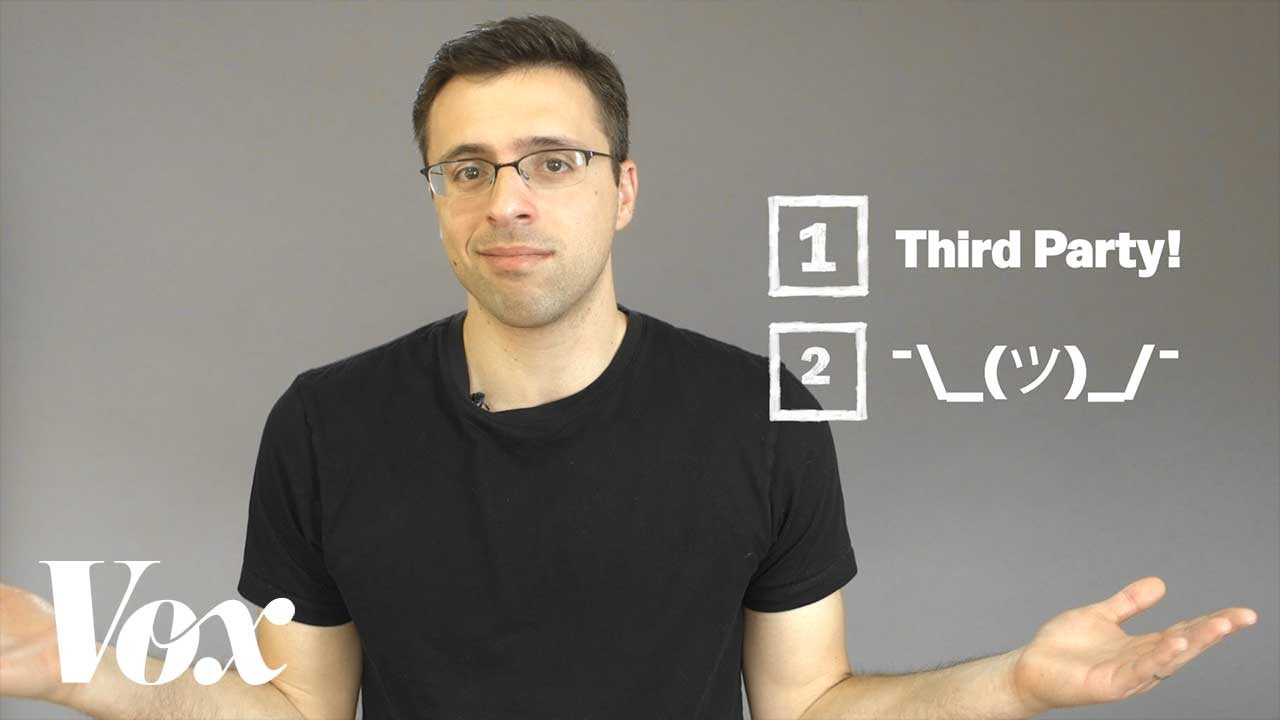 I mentioned that Ezra Klein of Vox explains how third parties are the Underpants Gnomes of U.S. politics would be coming up.  It was the thirty-ninth most read entry during the seventh year of the blog and the thirty-fourth actually posted between March 21, 2017 and March 20, 2018.  It finished the blogging year with 2318 raw page views.  Posted on November 21, 2017, I shared it at the Join The Coffee Party Movement Facebook page at 11 P.M on December 1, 2017.  Before being shared, this post had 141 raw page views.  It earned 968 page views in the first two hours and ~1900 in the first 24 hours after being shared.  It maxed out at 2213 default page views on December 20, 2017 and ended December in fifth place with 2112 default views for the month.

That's it for March.  Stay tuned for a real April Fools post.  A drum corps Easter on April Fools Day anyone?

Previous entries in this series.
Previous retrospectives about minor parties *I examined gerrymandering in Maryland and North Carolina last year.
**Now I'm thinking of writing an entry about the Fair Representation Act.