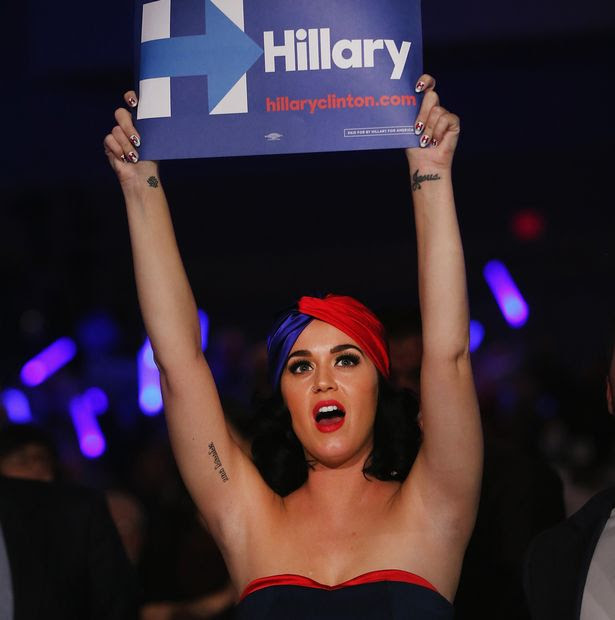 It's Election Day and I've run out of things to say after this long campaign, so I'm just going to post this.


As Charles Pierce wrote the other day, Nobody Who Followed This Election Can Say It Hasn't Been a Show.

On Saturday night, in a band shed on the north side of the city, Katy Perry put on a show in support of the campaign of Hillary Rodham Clinton. (Clinton has been using Perry's "Roar" as her walk-up music for her entire campaign. This is unfortunate for any decent song because, by the end of the campaign, it can make even HRC's most fervent supporters flee in horror. Hell, Donald Trump even has me wincing at "You Can't Always Get What You Want." I didn't think that was possible.)
...
Katy Perry sang very well on Saturday night. I didn't know many of the songs but people left the shed happy. Maybe they all went out knocking doors and making phone calls. Maybe many of them didn't. But nobody who followed this election can say it hasn't been a show. Are we not entertained?

Everyone, go vote if you haven't done so already, whether by absentee ballot, mail-in ballot, or early voting.  I'll be voting today, then watching the election returns.   I'll be back when the votes are counted.  See you then!
Posted by Pinku-Sensei at 12:00 AM