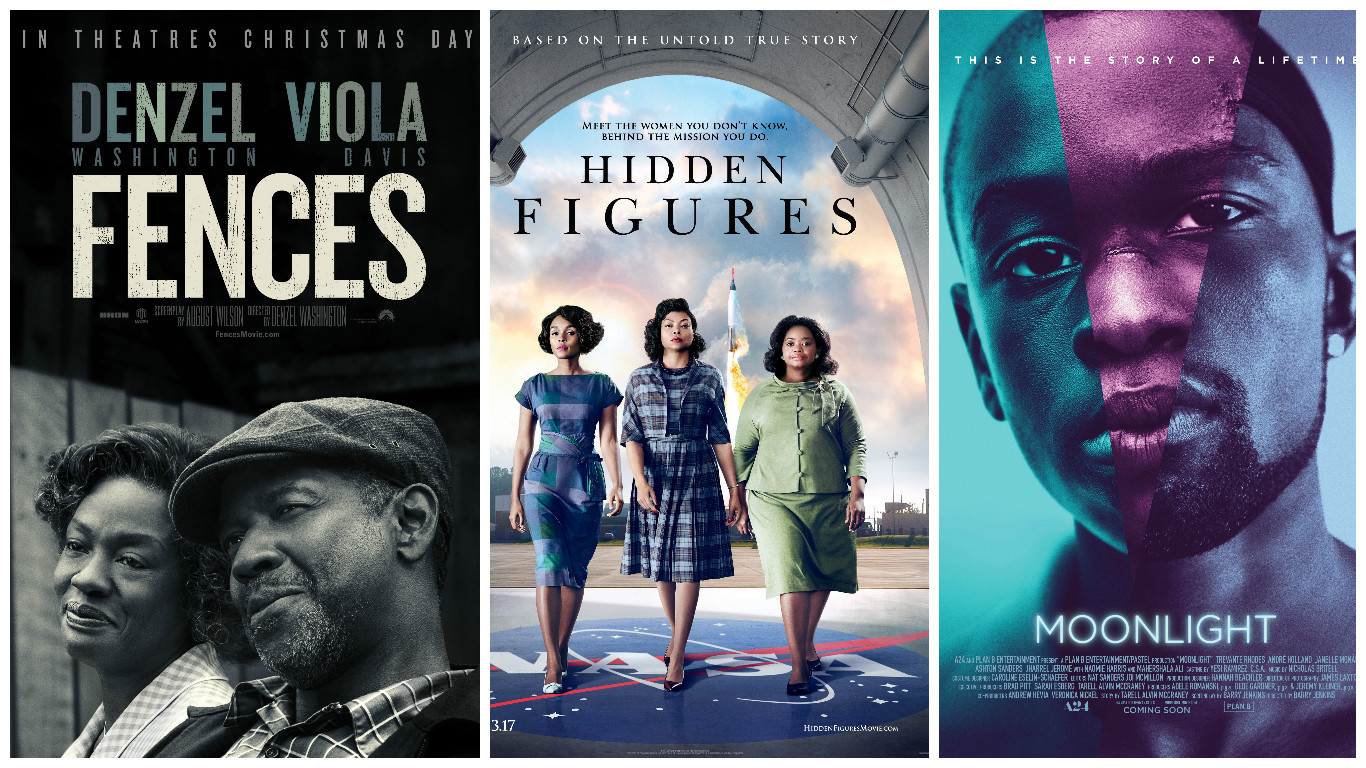 Happy Martin Luther King Day!  I have good news to report on diversity in entertainment this week, unlike last year when I complained about Hollywood's diversity issues for MLK Day.  First, as I promised in Space, both fictional and real, tops weekend box office to begin 2017 as 'Rogue One' edges out 'Hidden Figures', I would report if 'Hidden Figures' topped the box office.  It turned out that it actually edged out "Rogue One" last week and repeated that achievment this weekend, as Wochit Entertainment reported in 'Hidden Figures' Still At The Top Of The Box Office.

The crowd-pleasing NASA drama "Hidden Figures" has topped the box office for the second straight week, while a pair of high-priced prestige releases sputtered. Estimates on Sunday say "Hidden Figures," a tale about African-American mathematicians in the 1960s space race, sold $20.5 million in tickets in North American theaters over the Martin Luther King Jr. holiday weekend. Fox anticipates it will make $25.3 million when Monday is included. In a crowded field that included the "Star Wars" hit "Rogue One," the Oscar favorite "La La Land" and the surprisingly strong supernatural thriller "The Bye Bye Man," several big-name directors flopped.

So far, the movie has been the "good news" I was hoping for in Seasons Greetings from NASA plus NASA on 'Passengers' and 'Hidden Figures'.  In addition to the nominations I listed in December, it just earned a nomination for Best Adapted Screenplay at the BAFTA Awards last week.  Here's to hoping it gets more nominations at the Academy Awards next week.

Speaking of awards shows, I'm not done with the Golden Globes.  Follow over the jump to watch acceptance speeches for "Moonlight," "Fences," "Black-ish," and "Atlanta."

For the next award, Viola Davis Wins Best Supporting Actress at the 2017 Golden Globes

Viola Davis accepts the award for Best Supporting Actress in a Motion Picture at the 74th Annual Golden Globe Awards.

Davis was also nominated at the BAFTA Awards, so good luck to her and all the rest of the nominees.

That's it for the movie award winners relevant to today, but the Golden Globes also recognize television shows, so I will highlight three award winners for the small screen next.  First, Tracee Ellis Ross Wins Best Actress in a TV Series, Comedy 2017 for her role in "Black-ish."

Tracee Ellis Ross accepts the award for Best Actress in a TV Series, Musical or Comedy at the 74th Annual Golden Globe Awards.

I was rooting for either Julia Louis-Dreyfus or Gina Rodriguez, but I'm happy for Ross just the same.  Her win was a pleasant surprise.

Speaking of pleasant surprises, I thought Jeffrey Tambor might win for "Transparent."  Instead, Donald Glover Wins Best Actor in a TV Series, Comedy at the 2017 Globes.

Donald Glover accepts the award for Best Actor in a TV Series, Musical or Comedy at the 74th Annual Golden Globe Awards.

Glover wasn't done yet, as he returned to accept the award for Atlanta Wins Best TV Series, Musical or Comedy at the 2017 Golden Globes.

That was the kind of "good news" I wanted to report today.  Thanks to the Hollywood Foreign Press Association for making it possible, to say nothing of all the talent they recognized!
Posted by Pinku-Sensei at 12:02 PM