'Zootopia' is the only speculative fiction winner at the Golden Globes 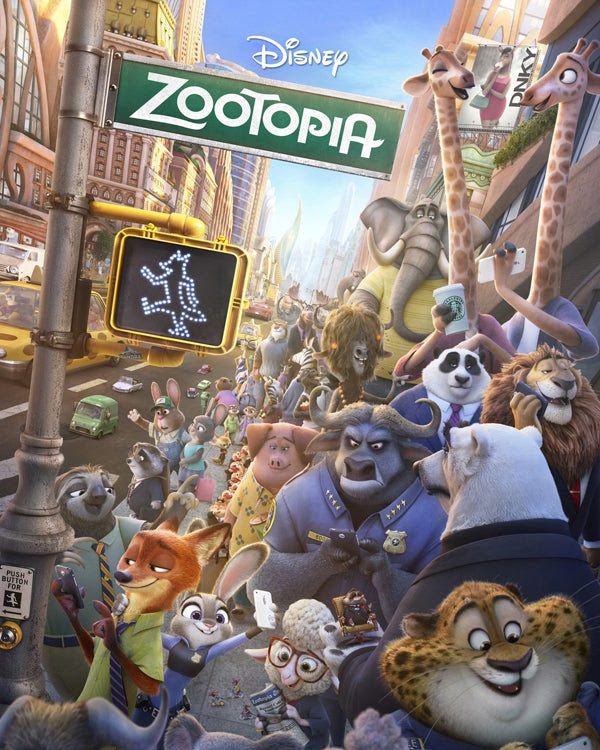 I had  high hopes for the speculative fiction nominees in television at the Golden Globes, but was disappointed.  None of them won.  On the other hand, I had more realistic hopes in the movie categories, expecting only a win for 'Zootopia' as Best Animated Motion Picture.  That happened, as Wochit Entertainment reports.*

"Zootopia" has won the Golden Globe Award for Best Animated Motion Picture at the 74th Golden Globe Awards. The film made more than a billion dollars worldwide, and received critical acclaim, with a 98 percent on Rotten Tomatoes. The animated film stars Idris Elba, Jason Bateman and Octavia Spencer. Zootopia beat other highly acclaimed animated films for the award, including Disney's Moana, which starred Dwayne "The Rock" Johnson.

NBC on YouTube shows the creators accepting their award.

The positive message about diversity showed up in all the reviews of the movie I quoted in 'Zootopia' remains on top of the box office for a second week after displacing 'Deadpool', so I'm pleased that the movie is being rewarded and the message being heard.

Speaking of being heard, there were a lot of political jokes and remarks last night.  I might get to them in the near future.

*This was the only guaranteed win for a speculative fiction film or show, as all of the nominees qualified.  In fact, it would be difficult for an animated film not to qualify, as the point of animation is to do things impossible in everyday life.  Still, one could imagine a "Simpsons" or "Beavis and Butt-Head" movie or a film based on another television franchise like "Rug Rats," "Archer," "Family Guy," or "Bob's Burgers" not having enough fantastic or futuristic elements to be considered speculative fiction.  Even so, "The Simpsons" has aliens and "Family Guy" has a talking dog, so they, too, might qualify.
Posted by Pinku-Sensei at 8:55 AM