KPBS on the business of the Super Bowl 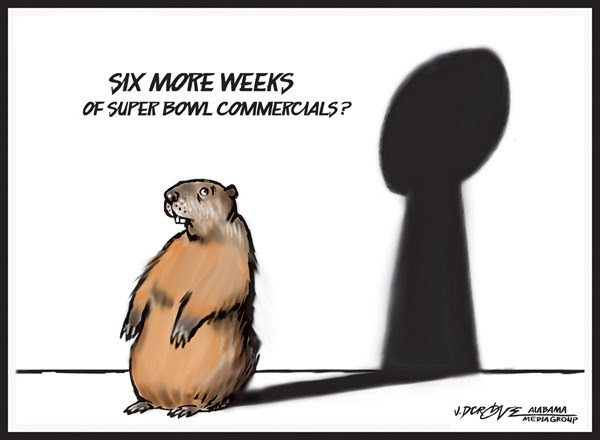 In both NASA and Super Bowl and Penn State on Groundhog Day and Super Bowl snacks, I promised three planned entries on the Super Bowl.  This is the third entry, but it isn't one of the planned ones.  It just happens to be one based on something that I had lying around, but didn't use in last night's Overnight News Digest: Science Saturday (NASA and Super Bowl) on Daily Kos.  I felt I had to do something with it.  After all, I'm an environmentalist.  Not only do I recycle, I find uses for things that I have so that I don't have to consume more.

While the Super Bowl is a win-win for the host-city economically, many San Diego businesses are seeing financial gains from the game. KPBS Midday takes a look.

I'll come back with my comments on commercials with science fiction, fantasy, or sustainability themes later.  Right now, I'll just mention a commercial that didn't make it.  The product also got its spokesperson in trouble, Sodastream.  I've already used that as an example of a clash of values in class, as Scarlett Johansson and Oxfam Split Over Seltzer.  I won't say more today, as the commercial is one that I plan on using for the next installment of Student Sustainability Video Festival, beyond it being a shame when environmental values conflict with social justice values.  I'd rather they play well together.

Speaking of playing well together, enjoy the game.
Posted by Pinku-Sensei at 6:02 PM