While I have been blogging about the Academy Awards, I've been running another awards program for the Coffee Party, The Coffee Party Entertainment Awards AKA The Golden Coffee Cups.*  The volunteers of Coffee Party USA and I have been voting on which awards to give and which movies and people to recognize for the past two months and last week we finally came up with nominees in four categories showcasing the best in movies about politics and government from 2017. 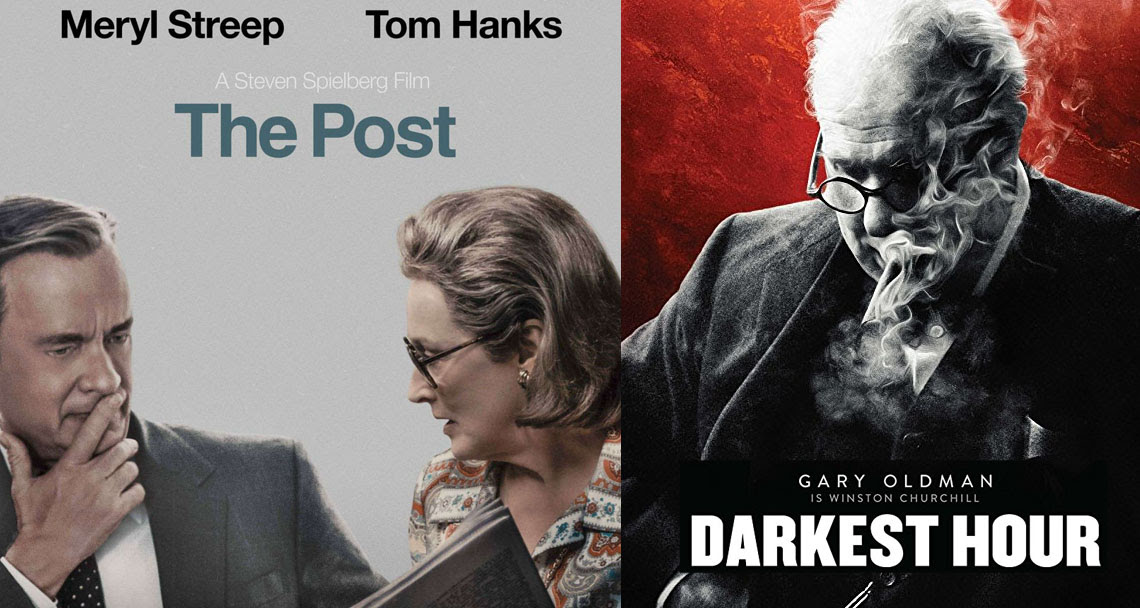 Here are the nominees in the first category, Best Drama or Comedy about Politics or Government of 2017 (Best Political Scripted Movie for short).

To go along with the movies, the volunteers of Coffee Party USA also chose the following performers for Best Portrayal of a Government Official in a Film during 2017.

Yes, there was a tie, so there are six nominees.  In addition, Francis McDormand's character in "Three Billboards Outside Ebbing, Missouri" is not a government official, but an activist.  However, activists in movies deserve to be recognized as well, so I decided to let this nomination stand in this category.  Next year, there will be a separate category for activists in film.

There are also two Golden Coffee Cup categories for documentaries.  The first is Best Documentary about Politics or Government of 2017 (Best Political Documentary for short).

This time, there was an eight-way tie, so there are eight nominees.  Considering the strength of last year's documentaries, I'm not surprised.

This time, there was no tie, so like Best Political Scripted Movie, there are only five nominees.

The volunteers will vote the nominees this week and next.  I plan on announcing the winners here on March 18.  Stay tuned.

*There is another blog that has presented Golden Coffee Cup Awards to movies, The Morning After...The Movies.  However, the blogger hasn't presented those awards since 2014.  I've asked him (I think it's a him, since the blogger goes by Cooper) if the Coffee Party and I can use the name.  So far, no response.

Also, the volunteers of the Coffee Party plan on doing the same for television shows aired during the 2017-2018 season this coming July.  Stay tuned for that, too.
Posted by Pinku-Sensei at 8:54 AM