Twenty-five years ago today, I left California with my son and ex-wife as we moved to Michigan so that I could attend the University of Michigan to earn a Ph.D. in Biology.  That happened.  However, the original plan was to move back to the west.  That never came to pass.  All of us, plus my younger daughter, are still here.  I repeated that with my second wife, who moved here from Wisconsin to marry me.  Looks like I've been doing my part to reverse the trend of people leaving the state during the past few decades.  The result has been something like the image below, except that the heart in Michigan should be in Detroit, not Grand Rapids. 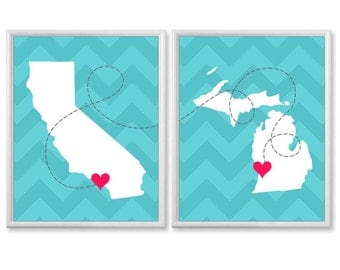 While people moving into Michigan, particularly from California, has not been much of a trend* people moving out of California during the time I've lived here has been.  Follow over the jump for the relevant excerpts from two entries on The New York Times' The Upshot blog that give the details.


California has experienced rapid population growth for most of its history, but that trend has come to an end. California’s population grew by 2.9 percent over the last three years, only slightly above the nation’s 2.4 percent increase. Over the last few decades, millions of Californians have left the Golden State for opportunities elsewhere.

Cohn then linked to Where We Came From and Where We Went, State by State.  The number one state featured?  California.


California, shown above, has long been the destination of American dreamers from other states. It no longer plays that role; residents are leaving for greener pastures out East. Today, the state is still pulling in foreign immigrants, but the percentage of American-born transplants has shrunk significantly as fewer people move into the state. In 1960, half of California residents were born in another U.S. state. Today, that's down to 18 percent.

There are growing pools of Californians in nearly every state. It's quite a switch because through 1990 California led the nation in retaining its native-born population... There are now about 6.8 million California natives living elsewhere, up from 2.7 million in 1980.

I moved here in 1989, which means I moved out of California before doing so was cool.  Does that make me a hipster? 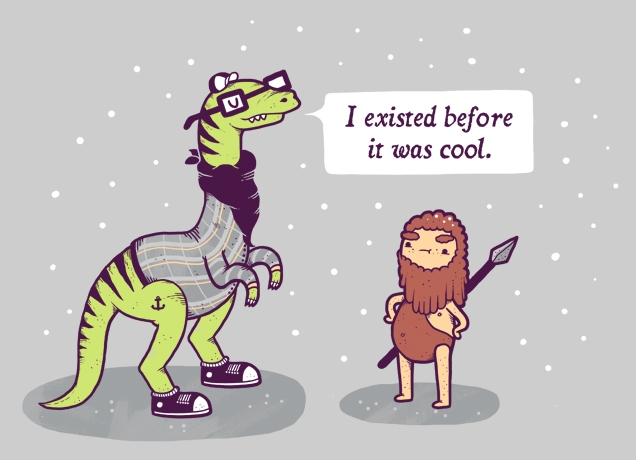 Now, what does that same post say about Michigan?

This is how postindustrial decline affects domestic migration. Michigan used to have a significant population of people born in other Midwestern states and in places like Pennsylvania, Kentucky and North Carolina. With fewer high-paying factory jobs, fewer transplants have moved in from these states.

Diaspora out of Michigan

In the 1950s through the 1970s, Michigan, the heart of the nation's manufacturing economy, ranked near the top in retaining residents. Since then, Michigan residents have increasingly gone to the South, while the migration of state natives to other industrial Midwestern states has slowed to a trickle.

Before I moved here, California was the number one destination for people born here to move to.  In fact, I grew up just down the block from a family that moved into the neighborhood from Metro Detroit. After I moved here, it fell to number two behind Florida.  Snowbirds over opportunity seekers, anyone?

As for whether I'll be living in Michigan 25 years from now, I don't know.  I suspect that my wife and I retire elsewhere, if retirement still exists then.  Then again, if you had told me 25 years ago, when my former family and I left southern California for Ann Arbor, that I would still be living here, I wouldn't have believed you.

*I'm still quite alone out here.  Only 2% of people living in Michigan were born in any state out west, let alone California.  Also, only 3% of people born in California have moved to any state in the Midwest.  Consequently, California license plates are still rare enough that I haven't gotten tired of saying "you're a long way from home" whenever I see one.  Also, when I run into someone from California, I can always bond with them by asking "So, do you miss good Mexican food and cheap Chinese food?"  The answer is almost always yes.  I can then tell them where to find both.

In case the above story looks familiar, it's because I first told it in Impaling Vlad, or With friends like this, Kunstler hardly needs enemies.  Speaking of Clusterfuck Nation's resident racist vampire, he now calls himself Janos Skorenzy, a mangled version of the vampire antagonist on Kolchak the Night Stalker, Janos Skorzeny. Under either name, I would like to toss him into the sunlight.
Posted by Pinku-Sensei at 8:00 PM