Katharine Hayhoe, lead author of the National Climate Assessment, responds to Santorum and others claiming she's in it for the money 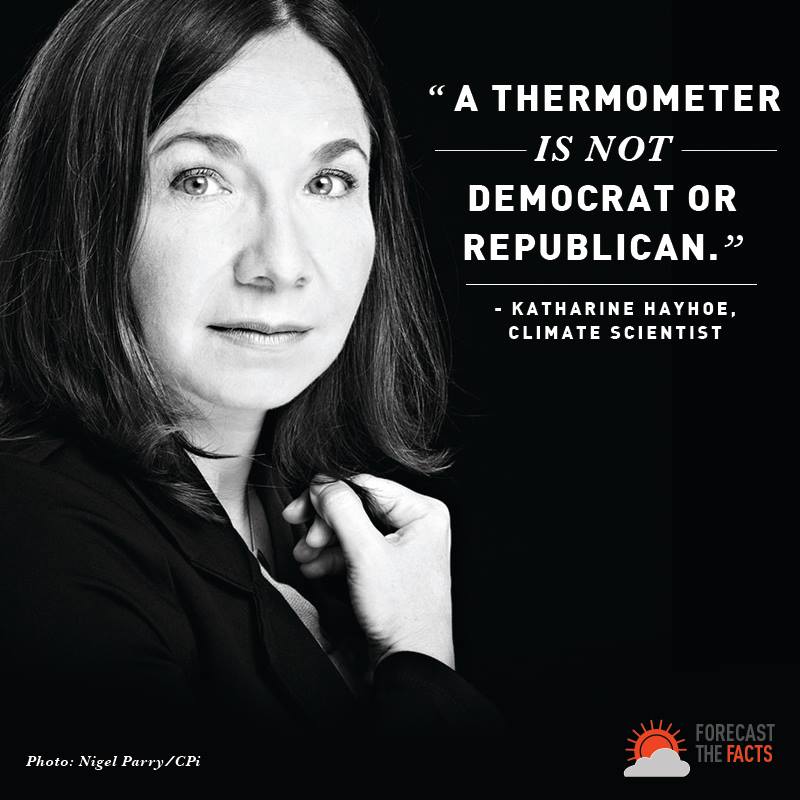 I couldn't resist the following aside in Trump disbelieves his own administration's climate change report to the astonishment of Trevor Noah.


LOL, Rick Santorum.  I thought I was done with him.  Nope, Frothy is still not taking climate change seriously.  Furthermore, I find his line about the scientists being in it for the money really insulting and ignorant, as well as a step backwards for him.

I then dismissed him as a sideshow.  That written, I stumbled across CNN interviewing Katharine Hayhoe, the lead author of the National Climate Assessment that Santorum and Trump both dismissed, who responded to both of them better than I could manage.  Watch and listen to her in Scientist laughs at climate change skeptics.

Katharine Hayhoe, an atmospheric scientist who assisted government agencies in publishing a report predicting devastating damages from climate change, said she in no way benefited financially from helping to write it.

As an academic and scientist, I can tell my readers that she's absolutely right.  Her salary from Texas Tech would be the same if she were studying climate change or astrophysics.  Also, she may be comfortable and secure in being tenured, but she's not going to be rich from her science.  The idea is indeed laughable.  "Rolling in dough?  More like rolling on the floor laughing."

By the way, I have mentioned Hayhoe in this blog before.  She's the narrator of a video from Texas Tech about the likely spread of dengue fever this century because of climate change that I embedded in Heat wave and climate change news for the week of Bastille Day.  Hey, Dr. Hayhoe, it's good to see you again!
Posted by Pinku-Sensei at 12:32 AM