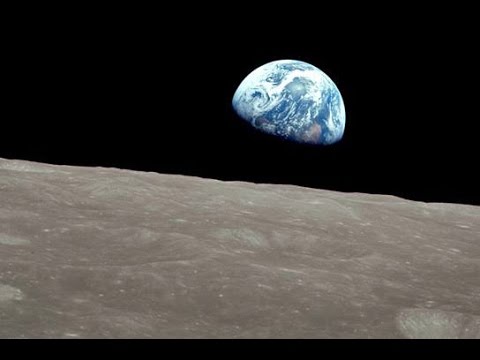 Last year, I took a break from my tradition of wishing my readers Seasons Greetings from NASA but thought I might return this year. It turns out that NASA has the perfect video for the occasion, Apollo 8: Around The Moon and Back, celebrating 50 years of Earthrise on Christmas Eve 1968.

50 years ago, three NASA astronauts embarked on a journey that would take them “Round the moon and back”. The Apollo 8 mission proved the performance of the command and service module. This historic mission launched on December 21, 1968 to demonstrate a lunar trajectory and was the first crewed launch of the Saturn V rocket. On Christmas Eve, Frank Borman, Jim Lovell, and Bill Anders were the first humans to orbit the Moon and the first to see an Earthrise above its surface.

I could stop there, but I think Seeker's How Apollo 8 Survived the Risky Trip to the Far Side of the Moon provides a more complete view of the mission as a whole, not just the events leading up to Christmas Eve.

A last minute shake up in 1968 sent a manned crew outside of Earth’s orbit for the first time. The crew of Apollo 8, in a very short amount of time, would have to learn how to reach our nearest celestial neighbor and then return safely to Earth.

That's it for space history for now, although I plan on the 50th anniversaries of the rest of the Apollo missions next year. In the meantime, may my readers have a pleasant Christmas Eve. I will return for a post on Christmas itself.
Posted by Pinku-Sensei at 3:24 PM