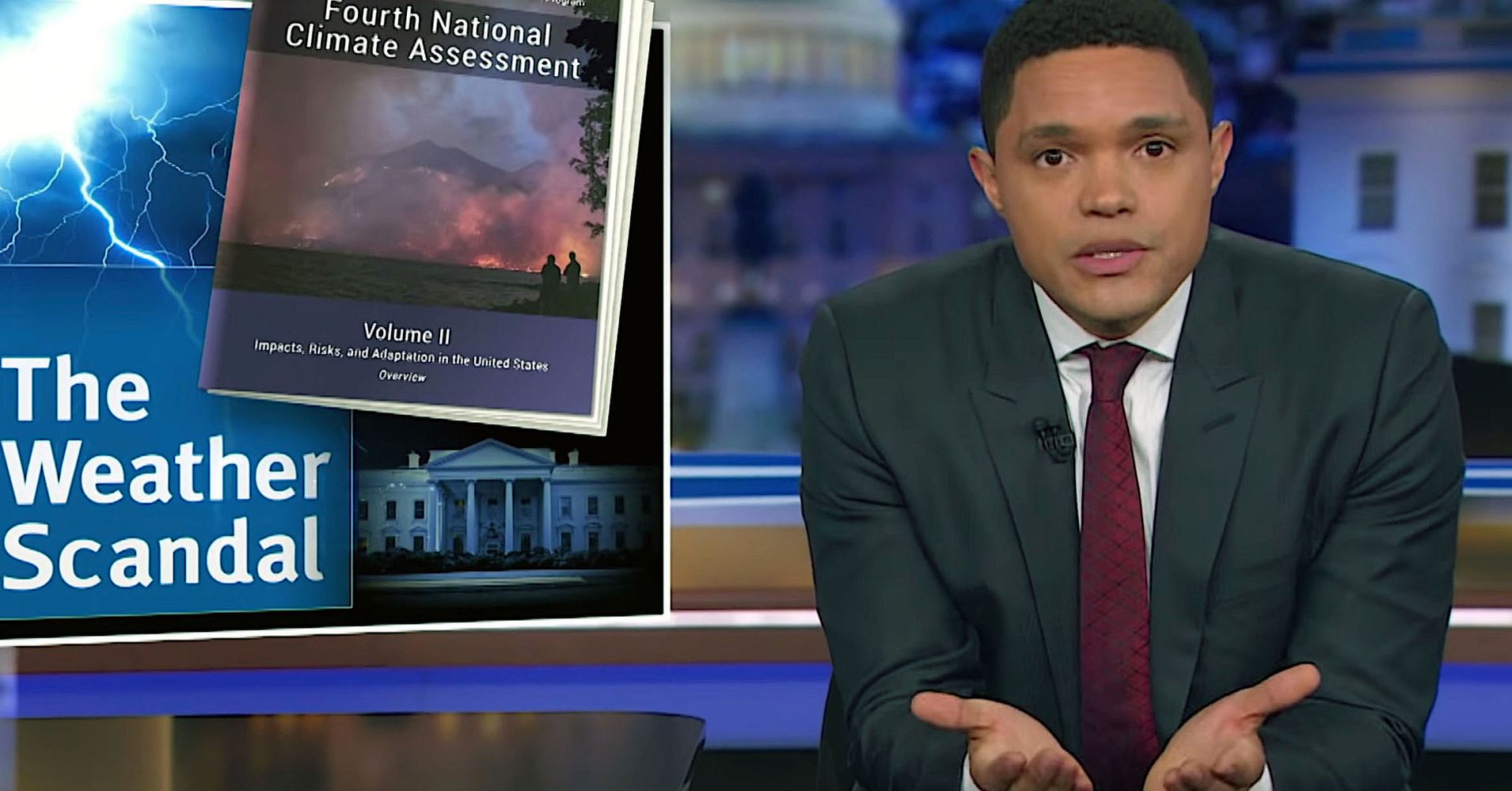 The last time I wrote about President Trump denying climate change, it was in the context of Seth Meyers taking a closer look at Trump's remarks about Finland raking its forests.  As I wrote then, "Trump so badly wants to make this about forest management instead of climate change that he will make stuff up."  Now, when faced by a U.S. government report on climate change only a month after the IPCC report, Trump continues to deny climate change.  That inspired The Daily Show with Trevor Noah to post Trump Contradicts His Own Administration’s Climate Change Report.

Despite the Trump administration’s most recent report on man-made climate change, the president continues to deny the science behind global warming; meanwhile, cable news outlets continue to bring on non-scientists to share their personal opinions on the situation.

LOL, Rick Santorum.  I thought I was done with him.  Nope, Frothy is still not taking climate change seriously.  Furthermore, I find his line about the scientists being in it for the money really insulting and ignorant, as well as a step backwards for him.

Santorum is a sideshow.  The main act, Trump himself, continued to double down on climate change denial, as Noah chronicled in Manafort’s Double Flip, Trump’s Climate Change Jibberish and Ivanka’s Email Snafu two days after the clip above was uploaded to YouTube.

It’s a turbulent week for Team Trump as Paul Manafort violates his cooperation agreement with Robert Mueller, the president continues to clumsily refute startling climate change reports, and Ivanka is confronted about her use of a private email.

Ha!  That's the best comedic use of "Arrival" I have ever seen.  As for the use of Trump clips, it reminds me of both Trump is coming and he's building a wall and Darth Trump.  Trump out of context is so much funnier and much less dangerous.
Posted by Pinku-Sensei at 12:00 AM