Feats of animal strength for a Blue Norther on Festivus

Happy Festivus and happy Norther — a double celebration, a "Blue Norther on Festivus!"  I'm sure most of my readers know about Festivus, with its airing of grievances and feats of strength.  However, I think I should remind them about the origins of Norther.

What is Norther?  It's a fake holiday created by John Michael Greer the Archdruid in response to my telling him about Wester and its animal mascot, the Wester Squirrel.

I wrote the above in January, when I realized that I celebrate Norther again today.

[T]he first full moon after the 2018 winter solstice will fall on Saturday December 22nd, so there will be a second Norther on December 23.  Blue Norther on Festivus!

I couldn't find any new videos about lemming feats of strength, but SciShow did provide me another video that came close, 7 Ridiculous Feats of Strength in the Animal Kingdom.  Nothing like recycling an idea.

You're probably already familiar with some of the more common examples of super strong animals, like the crocodile with its powerful bite or the leafcutter ant's impressive overhead carry. However, there are lots of lesser-known animals capable of amazing acts of strength.

I like that better than the Animal Planet clip I used three years ago.  However, if one wants a lemming feat of strength, then I can think of no better source than "Norm of the North." 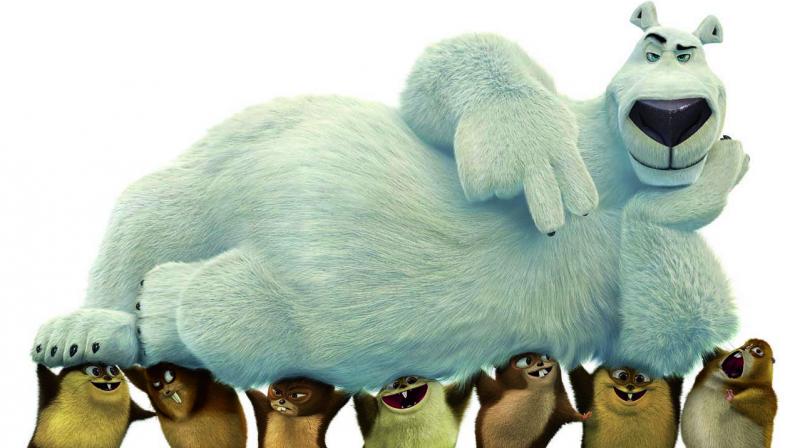 Those are strong lemmings, even if they are just animated characters.


Of course, it isn't a complete holiday post of mine without a drink for it.  I haven't found one for Festivus yet (I'll look), but Tipsy Bartender just happened to have created the perfect one for Norther, The London Lemming.*

All great spies have their own drink. Of course, so does #JohnnyEnglish! Indulge in Mr. English's signature cocktail "The London Lemming".

I have a feeling that the drink is better than the movie, which only earned
$4,285,545, placing it at #156 among movies released this year and falling — "Mary Queen of Scots" and "Welcome to Marwen" will pass it; I am not as optimistic about "The Front Runner."

That's it for Norther until 2020, when the fake holiday won't take place until January 12th.  I promise to find a drink for Festivus in time for next year's celebration, possibly something bitter for an airing of grievances.  Stay tuned.

*ETA: Tipsy Bartender took down the video, so that's now a dead link, but I found a screencap of the preview screen as a substitute.