Acid rain, climate change, and ozone depletion contributed to the Permian Extinction AKA The Great Dying 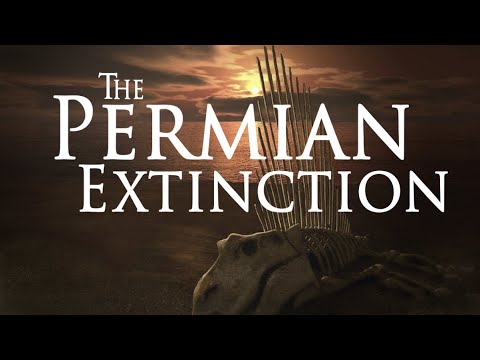 I realized I had to write a sequel to PBS Eons on the last time the climate warmed this fast — the Paleocene-Eocene Thermal Maximum.

The article notes that humans are releasing cabron dioxide even faster than the Siberian volcanoes did at the end of the Permian, which is known as The Great Dying.  The only saving grace is that we will not release as much carbon dioxide as then.  Still, it looks like I may have to write an entry about The Great Dying as well.  Stay tuned.

It turns out that Seeker/DNews already has a video on the subject: ‘The Great Dying’ Was Our Worst Extinction Ever, And It Could Happen Again.

What exactly caused the greatest extinction on earth? New research may finally hold the answer to this long time mystery.

As Trace said, global warming, acid rain, and ozone depletion — does that look familiar?  Also, we could get a trophy for first place, as long as there is anyone around to award it.  I'd rather not.

Those same themes show up in ASAP Science's The 6 Craziest Extinctions Ever, especially the relationship between carbon dioxide levels and climate change.

The earth has been through some major changes!

Both of these videos look good enough to play to my classes.  Welcome to blogging as professional development.
Posted by Pinku-Sensei at 8:29 AM