I closed 'Ozark' and 'The Crown' lead drama series nominees about politics and government at the 2021 Critics Choice Awards by telling my readers "Stay tuned for the comedy, limited series, and talk show nominees throughout the week." Instead of writing about comedy today, I'm skipping ahead to the talk show nominees.* Here are the nominees from the 26th annual Critics Choice Awards press release. 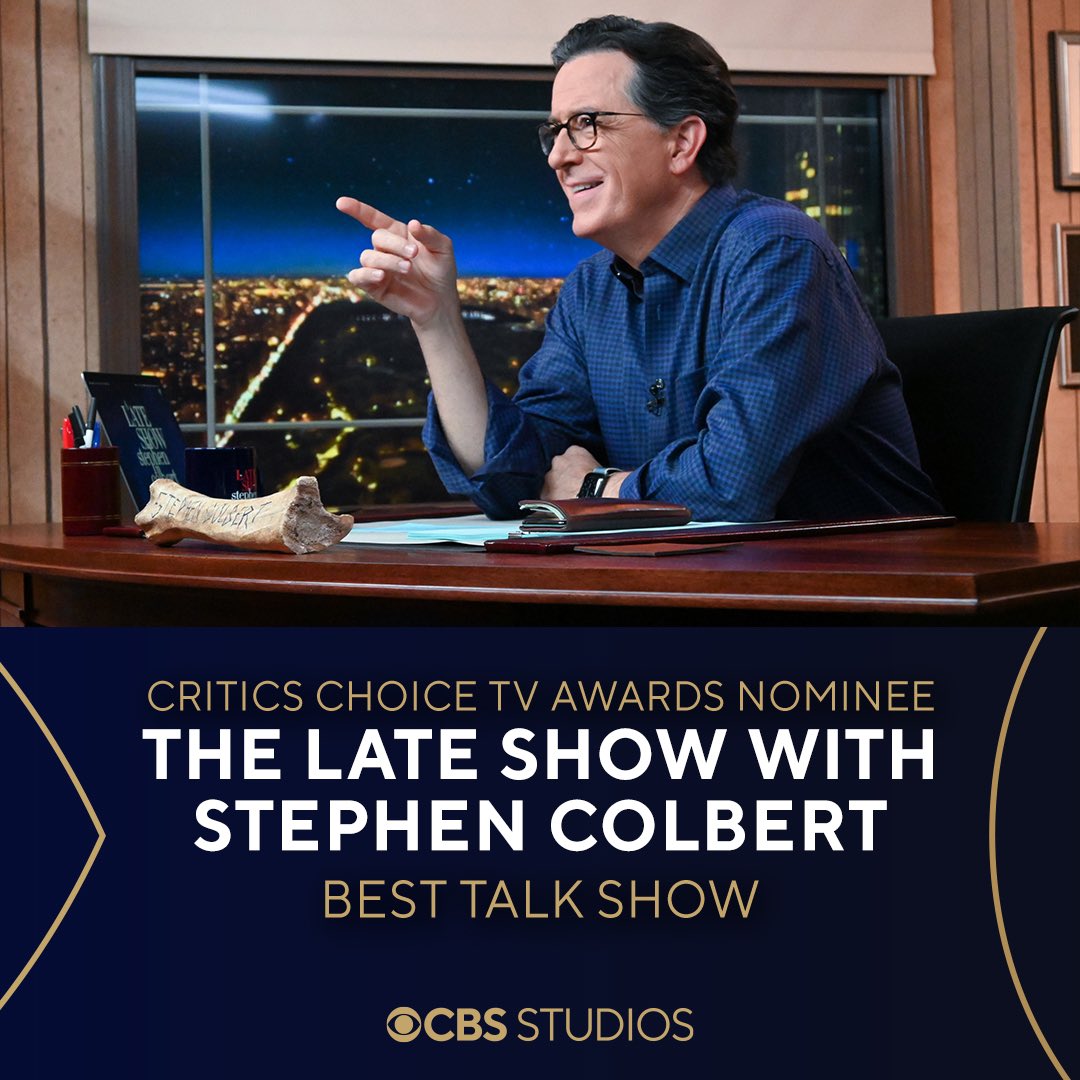 Not seeing Emmy winner "Last Week Tonight with John Oliver" among the nominees surprised me. I guess the Critics Choice Association (CCA) didn't think his most recent season was worthy. As I keep saying when I analyze awards shows, electorates matter. I'm even more surprised that the CCA didn't renominate one of last year's co-winners, "The Late Late Show with James Corden." After watching his his monologues during lockdown, I can see why. He, his announcer, and his band are a bit too relaxed and start the show too slowly for my taste. On the other hand, I think last year's returning co-winner "Late Night with Seth Meyers" got sharper when produced from Seth's home, becoming even more of a favorite to repeat.

While I like Seth, his show is my third choice; my top two are "The Late Show with Stephen Colbert," which I used for the preview image because the other talk shows haven't posted a promotional tweet about their nominations, and "Full Frontal with Samantha Bee." Speaking of which, here is the image "Late Night with Seth Meyers" tweeted out when the show won last year. 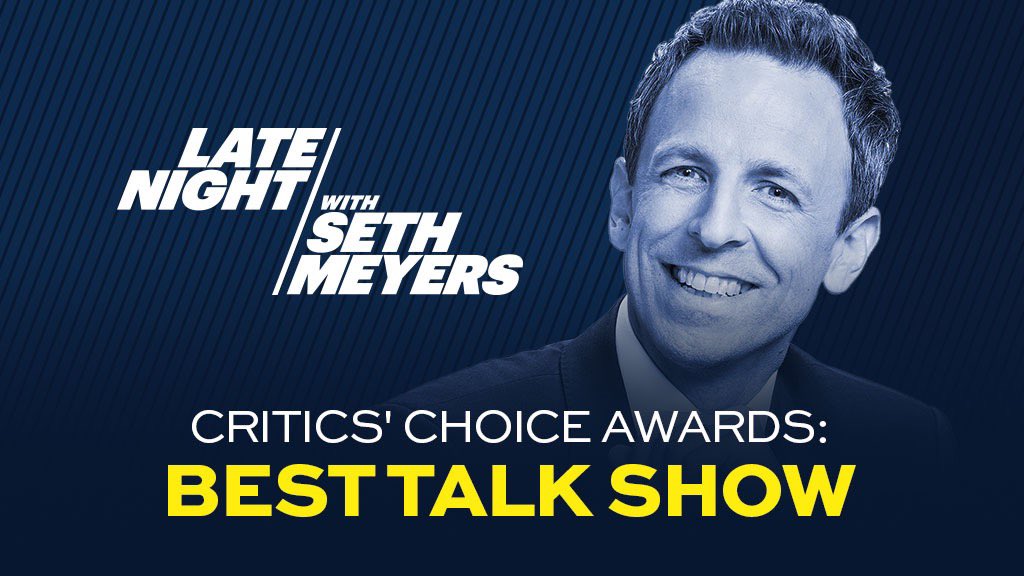 Good luck to all the nominees and may the most entertaining and insightful show win!

*That's because today is Irish Coffee Day, when I celebrate Coffee Party USA's birthday a day early, so I'm writing a birthday post for them today, too. Writing a short entry is my way of making time for this. Don't worry, I plan on blogging about comedy series nominees tomorrow. Stay tuned.
Posted by Pinku-Sensei at 11:12 AM